Tonight the first Dragalia Digest video went up to share info on what’s to come for the game’s half year anniversary. With one reveal after another about rewards and freebies and new content, it was easy to anticipate one last surprise to sign off with and seal the deal on why you should check out Nintendo’s latest mobile title. What we got didn’t disappoint: 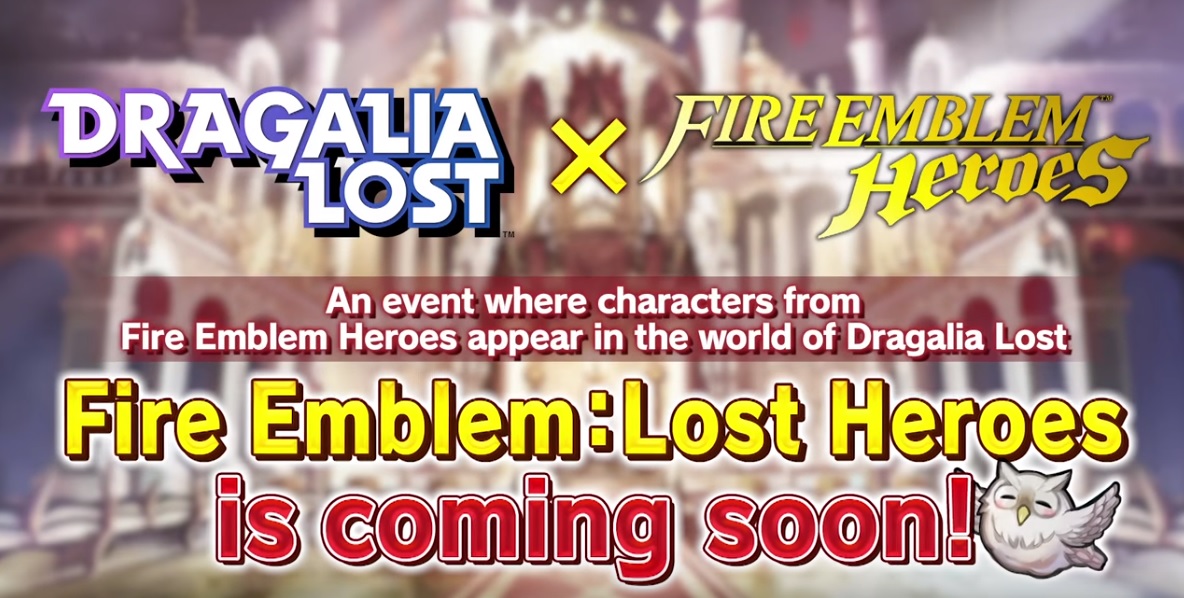 Some familiar music began and a certain owl crashed the party, and we all knew. Dragalia Lost and Fire Emblem Heroes are crossing over for an upcoming event called Fire Emblem: Lost Heroes! All that’s guaranteed for this one is that characters from Fire Emblem Heroes will appear in Dragalia Lost, though who will be arriving or when wasn’t shared. Dragalia has a handful of event types that it cycles through, so it’s likely Heroes will fit into one of those and will tempt players to summon for whatever extra special content joins the game. Be on the lookout for further details about this event, and more on both games in the future.