Niantic recently implemented a new feature in Pokémon GO: switching teams. This has been requested option from the start due to the fact that every Trainer must declare their allegiance to red, blue, or yellow — and the act has been heavily concentrated between two of the three teams. In this Team Mystic vs. Team Valor rivalry among fans, Team Instinct has been sidelined as a third wheel. In order to persuade Trainers to make a switch, each team has been featured on Pokémon GO’s official Twitter account this week.

Team Instinct was first on Monday, then it was Team Mystic’s time to shine on Tuesday, and finishing out the trio is Team Valor burning brightly today (Wednesday). Among the tweets of fans proclaiming their love for their teams or why they’ve decided to switch, new promotional images have been released for each team featuring each leader. 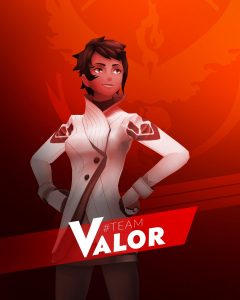 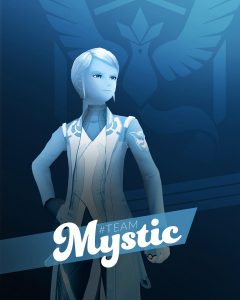 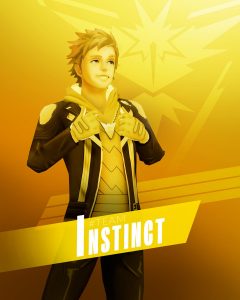 These are perfect wallpapers for various digital devices! Plus, it’s always wonderful to see new 3D renders of Blanche, Candela, and Spark. Here’s hoping that their roles expand this year and we see more of them within the game and various events.