While we’re still waiting for that amiibo, First 4 Figures has stepped up to bring us a plastic take on a different Snake. Solid Snake to be exact, the most famous incarnation of the legendary mercenary appearing as he did in the first Metal Gear Solid and it’s GameCube iteration, The Twin Snakes. Of course, he’s still looking a little different than you might remember.

Taking a more super deformed direction to render him in a cuter style, it still works without diminishing the tactical espionage action feel of the character. He’ll be available in that standard colorway as well as two stealth camo editions — one cyan and the other neon green. 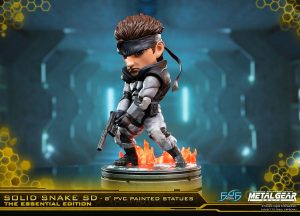 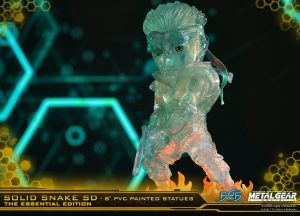 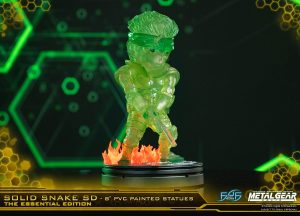 All of these are available for pre-order now, with the deadline being March 29th. You can see the full details and spot a chance for a giveaway on the official First 4 Figures page.