New York Toy Fair has come and gone. The convention that turns the Javits Convention Center into playground for all ages had us scouring through social media to see what video game franchises would be getting merch makeovers. We also saw products that were already announced, like Funko’s rendition of Bulbasaur for their Pop line.

“We still have to get those Nintendo characters,” [Funko CEO Brian Mariotti] said. The infamous Mario Brothers are still number one on Funko’s list, but they are making small strides with Nintendo as the Pokémon Company has come on board. “To build that relationship is super important to us. We all grew up playing Pokémon, with so many fans around the world, it’s amazing to land that license finally.”

In 2018, Funko released their first Pikachu Pop and a giant-sized one as well. “We’re going to ramp it up a bit with what we did last year,” Mariotti said. This year, they’re planning on making four Pokémon Pops for each quarter, plus a couple of big ones along the way.

“It’s starting off great and we love building that relationship.” 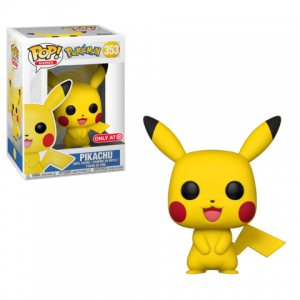 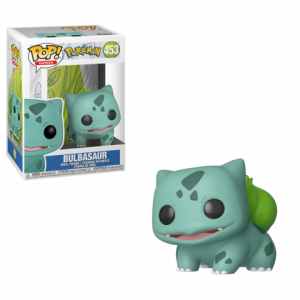 Will Nintendo be persuaded to expand the toys after seeing how well the Pokémon Pops and A Day with Pikachu line sells? With new theme park additions coming to Universal Studios starting next year and a Super Mario themed movie in the works, it’s possible we’ll see Funko’s relationship with the Big N make way into even newer toy territories. Having Mario transformed into a Pop has been a request for years, so to have an official statement of progress is promising.

As for the remark about the Pokémon Funko Pops, this confirms what we already suspected: that we would see a release during each season. What’s new here is hearing that we’ll see “a couple of big ones along the way.” Is this relating to Mewtwo, or will the starters receive oversized versions in time for the holiday season?

Are you a fan of the current partnership between Funko and The Pokémon Company? Have any guesses as for what might be next? Share your thoughts with us on Twitter!