I’m still trying to decide how to feel about some of Detective Pikachu’s designs for Pokémon, and now I’ve been informed there are actually going to be cards of some of these designs. We’ve seen the Detective himself, Charizard, and Greninja already, and now thanks to a recent tweet, we’ve got three more to take in to try and figure out. Have a look:

Learn more about the first three cards, and let us know which Pokémon you think is next in the lineup!

First we’ve got Jigglypuff, dabbing onto the scene. Fur isn’t how I ever pictured a Pokémon likened to a balloon, but at least the artists kept those eyes massive, haunting, and massively haunting.

Everyone who’s seen the trailer walked away with a new appreciation for Mr. Mime, which is really saying something. As it revs that imaginary bike and smiles the night away, just hope you don’t have to interrogate it anytime soon.

Finally we have Psyduck. There’s plenty of options for posing a Psyduck. Maybe it’s running to and fro out of confusion, maybe it’s floating in a pond. But what we’re all here to see is this platypal gripping its head in sheer agony as it contemplates if it ever needed to be this actualized in 3D. 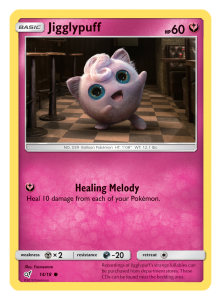 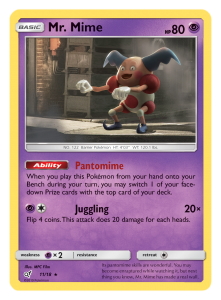 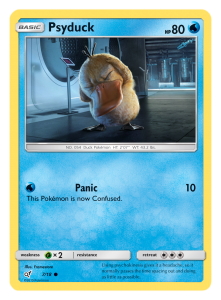 If you want to try and get your hand on these or the rest of the upcoming set, you can already order the collector sets headlined by Detective Pikachu, Charizard, and Greninja. Now that we’re seeing more Pokémon in the movie’s style, like the ever charming Lickitung, it’s time to ensure you can have the lot for your own posterity — so you can say “I was there.”