UPDATE: The latest batch of Nintendo Safety Certificates has just posted online today, and among the products are fan favorite Daisy and the lovable Pichu. Each amiibo has received one month of production in January.

You might have seen that last month both Ken and Young Link also entered production, so the chances of all four amiibo getting included in the next wave are pretty high. Stay tuned for more details as they come in! 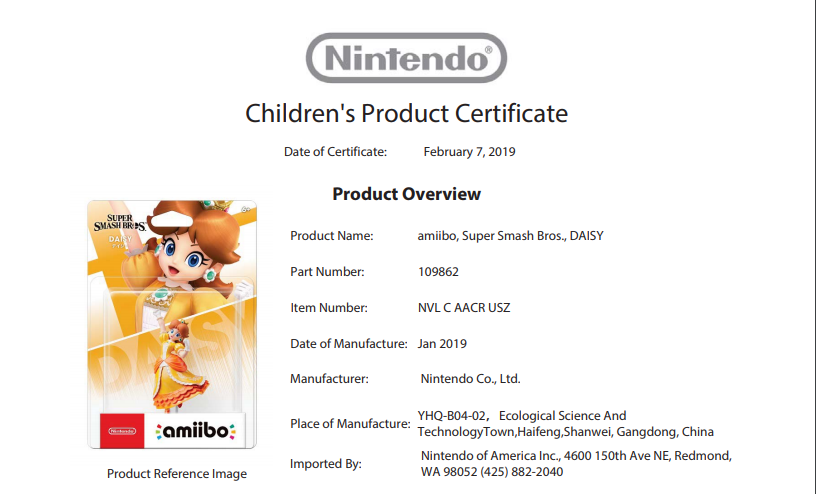 Back when amiibo first hit the scene I didn’t know what CPSIA’s even were, yet years later in the here and now they’re like a sign of things to come for collectors. This time around two certificates have arrived for unreleased figures, those being the Super Smash Bros. amiibo for Young Link and Ken.

While these don’t offer anything particularly illuminating (like a release date) they do have one interesting difference. It looks like Young Link was in production during both December and January, while Ken has only been worked on during January. This might mean a surplus of Young Link (fitting with how well Zelda figures sell) whenever they come along. 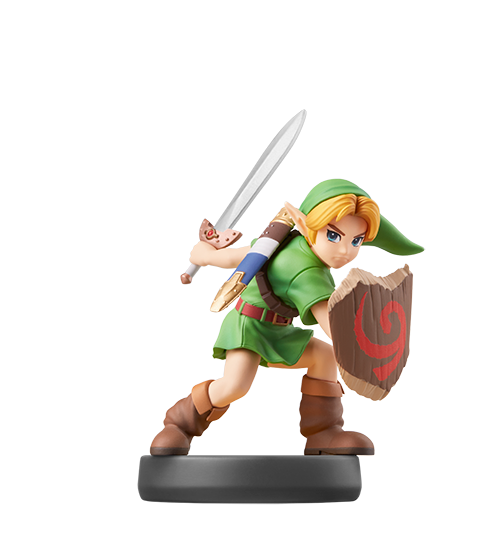 The next wave, featuring King K. Rool, Ice Climbers, and Piranha Plant; is due to release on February 15th. Past that we can expect the already discussed Young Link and Ken to release, possibly alongside Smash versions of Daisy and Isabelle. Past that there’s still plenty more cast to collect, including Joker and the rest of the unannounced DLC.