I’ve never been able to understand Trainers who bench their starter Pokémon. From the first steps of your journey they’re there with you — and even if not all of them are equal, they’re no less iconic to their regions and generations as a trio. That goes for their final evolutions, too! To celebrate those final evos, it looks like Pokémon Centers in Japan will be releasing a new lineup of plushes dedicated just to them. 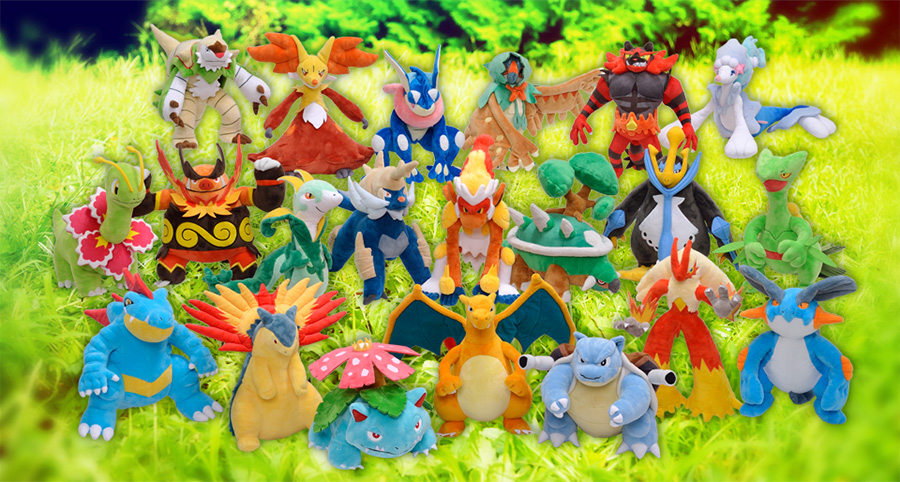 You’ll be able to pick up every group, from Kanto all the way to Alola. This is great for ones who haven’t had more recent game releases, like those for Johto and Sinnoh, and lets fans represent their favorites. They’ll arrive in store on January 26th, which should be enough time to decide who you’d want if you aren’t out to catch ‘em all.