Kirby’s Epic Yarn is one of the best games the series has ever had, bursting at the seams with color, creativity, and silky smooth animation. And now the previously announced 3DS port, Kirby’s Extra Epic Yarn, has a release date of March 8th and some extra details, announced spontaneously on this Tuesday night. 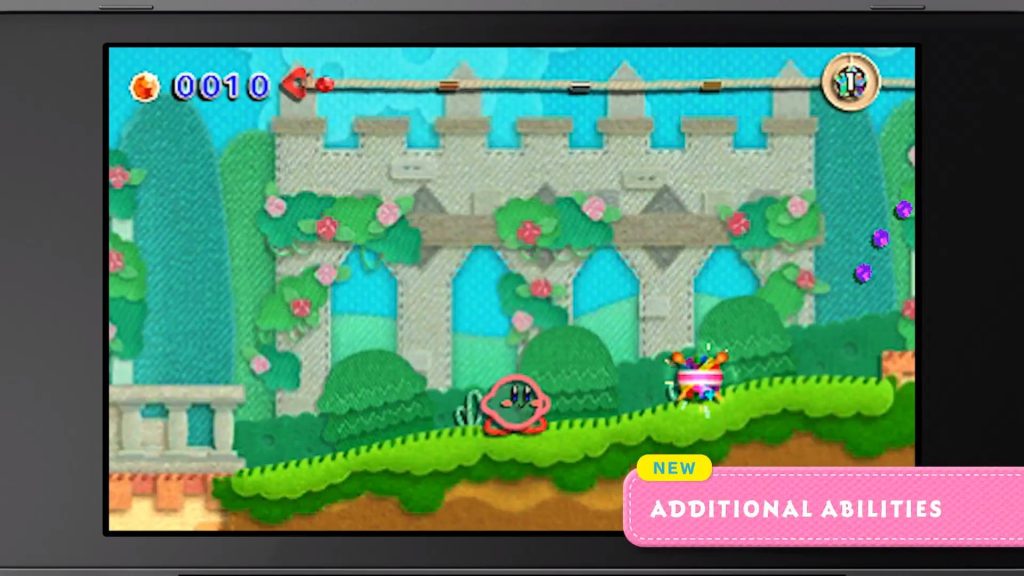 Every part of the Wii original will be included in the port, but there’s some new features to entice you to give this quilty quest another go. For one thing, there are new minigames featuring everybody’s favorite anti-heroes Meta Knight and King Dedede, as well as new furniture to deck out Kirby’s Pad with a unique “Devilish” mode that adds challenge to each stage.

In addition, there are new “Ravel Abilities,” which include things like a giant yarn ball used to attack enemies, a wire sword that can cut through enemies, and the “Nylon” ability that allows Kirby to generate wind for greater jumps — meaning that these appear to be variations on classic Kirby Copy Abilities. Top it all off with amiibo compatibility that gives Kirby new hats and abilities, and there’s quite a bit “Extra” indeed!

Kirby’s Extra Epic Yarn launches on March 8th. Stay wired for more details on the game as we approach the release.