Another Feh Channel for Fire Emblem Heroes has passed, one that despite its brevity was dense with content pertaining to the upcoming Book III update that will be dropping later tonight. Feh the owl was on hand to dispense a batch of spicy new info related to Book III and all that it pertains to.

Things kicked off with a dramatic cinematic for Book III that was most notable for having the scoring of a Linkin Park album. Dreary gray tones undercut footage of new characters making their debut before Sharena gets soul-decapitated by a scythe-wielding goddess of death and Alfonse drowns in that black sludge stuff from Hideo Kojima’s Death Stranding. There’s enough “goth” in this trailer to launch an invasion of Rome before heading off to Hot Topic. It’s impeccable.

After that opener, Feh explains that Book III is to take place in Hel, realm of the dead, ruled by a goddess of the same name (and keeping up the with the game’s Norse mythological inspirations). New character introductions follow — Eir, a sorrowful looking princess of Hel; the titular goddess (and awesomely designed) Hel herself; and two generals of the land of the dead, Líf and Thrasir. Details on characterization is sparse, though it’s worth noting that Líf is the name of the first prince of Askr, which opens up some fascinating lore prospects. The first two chapters of Book III will be available after maintenance ends tonight. On a smaller note, Yusuke Kozaki has returned to do original character designs once more, after Shigeki Maeshima took those duties for Book II.

Next, Feh announced that there will be new seasons (elements) added to the game — Light, Dark, Astra, and Anima. These seasons will apparently have an effect on Aether Raids, and will come with their own set of blessings. But rather than be tied to Legendary Heroes like the previous elements, this new set is tied to a new kind of unit called a Mythic Hero (Pokémon much?), which appears mechanically similar, though the game is rather unclear about how they operate differently. More details will presumably be clarified tonight. The first Mythic Hero is the aforementioned Eir, who is of the Light type. She’ll be appearing on a Hero Fest banner alongside Owain, Ophelia, and Lewyn, and you’ll also get a copy of her for free upon clearing the first chapter of Book III (similarly to Fjorm from Book II). 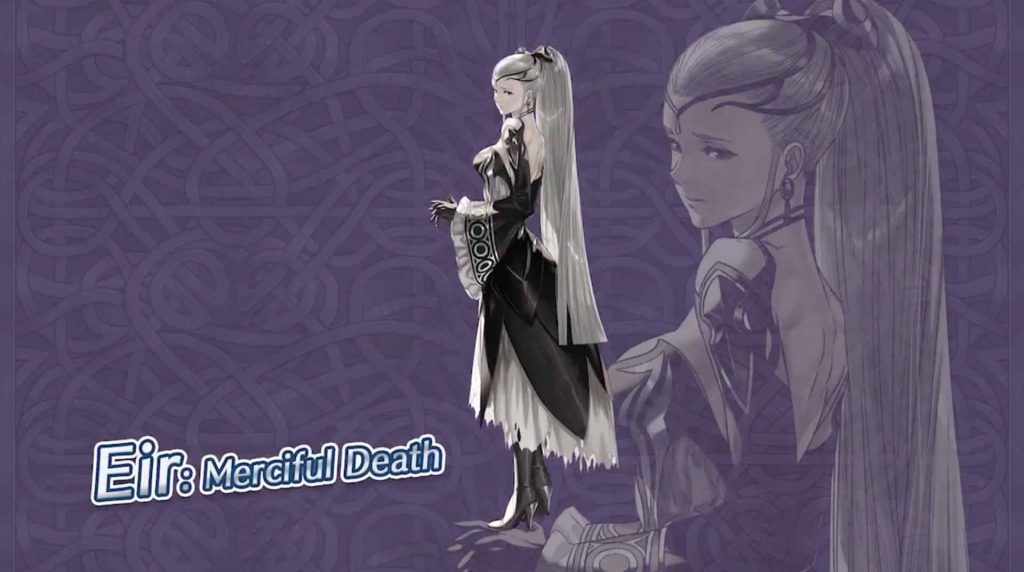 A smaller addition is “First Summon Tickets.” Simply put, this new kind of currency can be used in place of 5 orbs for starting a summon session, similar to how you can use a free summon on each new banner. They’ll be given out during Forging Bonds events in the future, and presumably in other capacities. However, tickets can only be used with associated events, so don’t hoard them — they’ll be gone before you know it.

Speaking of Forging Bonds, the January one is focusing on units from Radiant Dawn – specifically Laguz! Yes, beast units are finally on their way to FEH, and the Laguz even come with the transformation mechanics from their home games. Featured for sure is Tibarn, the scarred hawk hunk from PoR and RD, and you can also catch a glimpse of Nailah on the side.

The Channel concluded soon afterwards, as the death metal from prior makes a gloriously edgy return. You can check out the full broadcast for yourself down below: