Pokémon don’t really exist. It’s a sad, immutable fact of reality that — given their sheer range of power — is probably for the better, honestly. But it appears that the miraculous force known as Life can actually come pretty darn close to making the pocket monsters a reality, as this yellow-colored marsupial shows: a golden Australian Possum that bears the name of — and a striking resemblance to — the franchise’s star mascot, Pikachu. 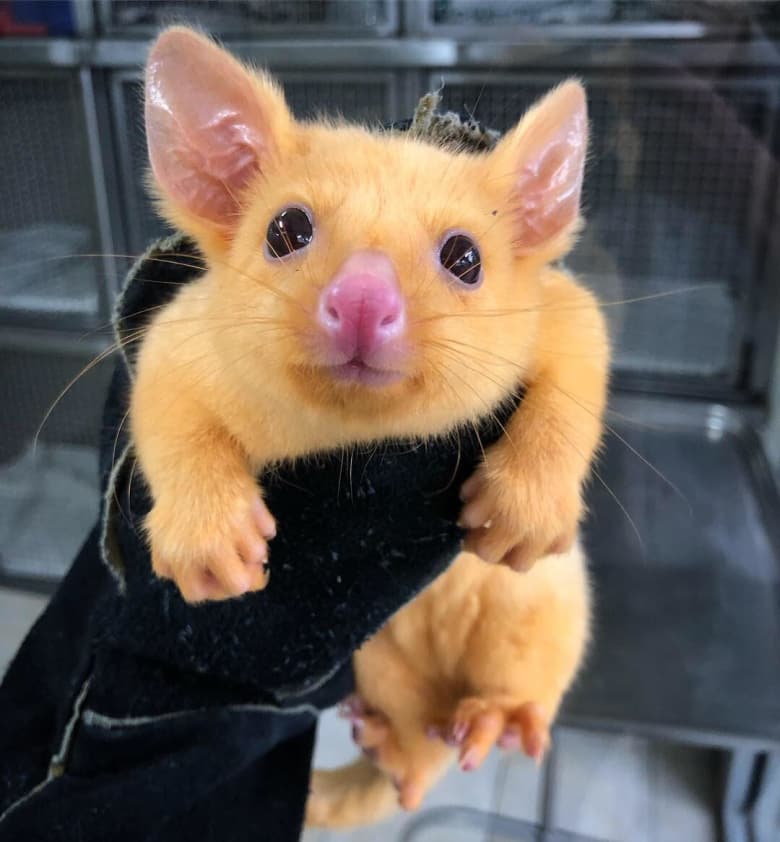 This IRL Pikachu is actually a result of a rare genetic mutation, causing her fur to be of a golden color. (Like a real life shiny!) She was found by a member of the public in Melbourne, Australia, and is currently in the care of Boronia Veterinary Clinic. She’s estimated to be around five months old, and likely fell off her poor mother’s back. Whether she’s to be returned to the wild is still up in the air — her fur would likely make her a target for predators, and she’s got possum anxiety problems to boot. But if her mental condition improves, there’s a chance she may be set free.

Interesting, this little critter is not the only known Australian Possum with mutated golden fur — others are known to inhabit the edges of Melbourne. Hopefully Pikachu and her brethren can find sanctuary in this rough and tough world where you can’t just heal up at a Pokémon Center.