In a move straight out of ol’ Teddy Roosevelt’s playbook of gunboat diplomacy, the Pokémon Company has confirmed that a Pikachu float will be presented during the annual thing-you-put-on-in-the-background-to-ignore-your-relatives’-bickering known as the Macy’s Thanksgiving Day Parade, continuing a long line of tradition in displaying their totality of monetary and cultural wealth in the form of a large electric rodent.

The float — an unending symbol of the sheer dominance which the media franchise holds upon the population of Japan, the U.S., and indeed the greater parts of the world — features Pikachu is a neat little Christmas colored scarf holding a smaller snowman version of himself. This is the 18th consecutive year the float has appeared, serving as a chilling reminder of the length and reach of the Pax Pokémania. 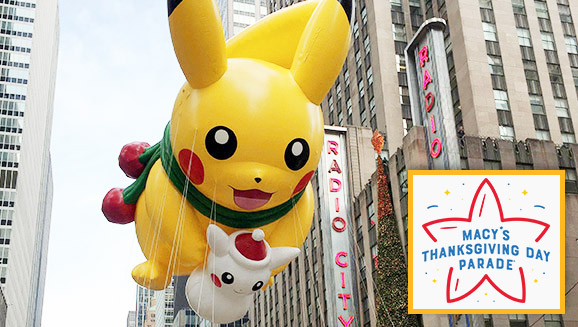 As but one of many parade features that stand as emblems of the commodification of entertainment for unending profit, the float can be spotted around roughly 9 a.m. on Thanksgiving Day (November 22nd) where you can watch the cheery Pikachu happily float through the New York sky, an icon of more harrowing meaning than any piece of art could ever hope to be.