Yooka-Laylee kickstart their way into a graphic novel

The next adventure for Yooka and Laylee isn’t looking like a video game sequel, as Dreamprism Press is taking the duo for a spin on paper.

Currently, $10,000 shy from reaching their goal, the graphic novel Yooka-Laylee and the Kracklestone is looking to become a reality for 2019. With five backer tiers, some that promise Kickstarter-only goods and book editions, fans of the series can partake in this new adventure for as little as $15. There are stretch goals planned, including a bonus comic adventure at $115,000. 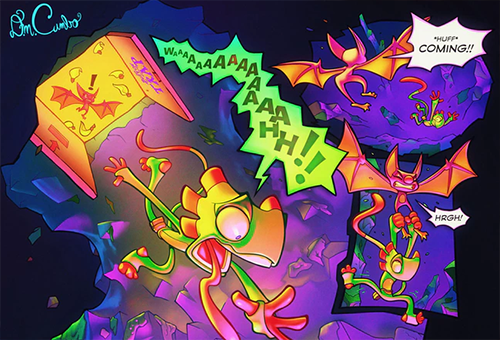 The artist and man behind Dreamprism Press, Dave, has already poured two years into the project and has Playtonic Games’ blessing. This Kickstarter campaign is the final push to finish the book and pay for production and printing costs. Not only that, but chances are you have experienced his work in the past, as he has worked for Insomniac Games and WayForward.

Curious? Go ahead and check out the fundraising page as well as reading an excerpt from the book itself!