As a concept and a controller, the Joy-Con has won me over. Versatile, easy to hold, and cute enough that we likened them to puppy ears; other than the left ones de-syncing, it was hard to find fault with the Switch’s signature pieces. That said, this step forward came with a longtime feature left behind: the iconic, yet often unappreciated, D-pad.

Getting used to how the Joy-Con buttons felt as directional inputs took a while, and sometimes I even prefer the singular nature of each point, letting me get a satisfying press on the menus. My friends with larger thumbs and little patience would often complain about missed or mixed inputs across multiple genres of game. Thankfully, Hori has stepped up to give these players, or just those who want a little something different, exactly that.

Before unboxing these it’s important to know that they lack certain features of the Joy-Con. For one thing, there’s no Bluetooth, limiting these to handheld mode only. That also means the righthand side of the controller lacks the SR and SL, which wouldn’t need to be reached when attached to the Switch anyway. HD Rumble is also omitted, which can feel a little strange and lacking at times when you come to expect its presence. 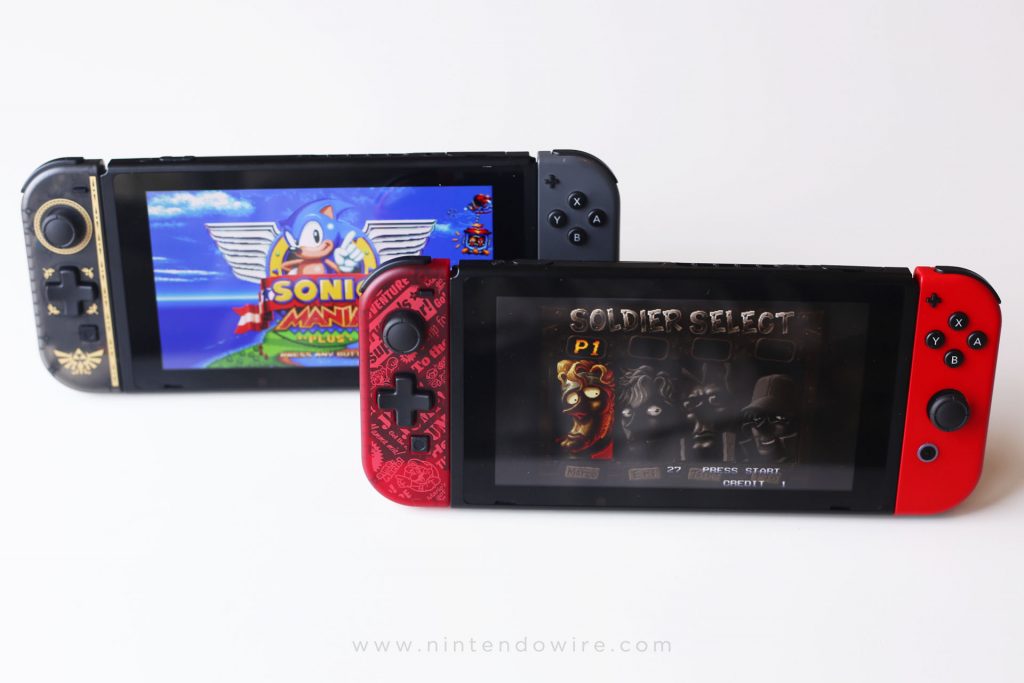 It’s not just what isn’t there that affects the controller though. The analog stick, release button (for when you want to remove it from your Switch), and L, ZL, Minus, and Capture buttons all feel different as well. Pending your game of choice, this could prove more impactful than not, though they were all usable. L and ZL felt the most different though, mostly due to having slightly different shapes overall.

The Hori D-pad Controllers immediately grab your eye with their print designs and see-through shells. It brought me back to my first clear purple Game Boy Color, bridging that handheld gap in my head before I even got to playing. One thing immediately noticeable when picking these up though is that they’re much lighter than a standard Nintendo Joy-Con. The lack of certain internal features will do that, but it wasn’t so much of a difference to make it feel flimsy.

The D-pad itself feels smooth to the touch but with enough hold to make control precise and easy. It contours slightly, inviting the thumb to rest comfortably on it until a direction needs pressing. There was no apparent lag when using it across a host of different games, proving responsive and reliable at every turn.

Gamewise, I tested the controllers with:

Of these, I felt the most improvement in Hollow Knight and Puyo Tet. Aerial mobility and precision in combat was much tighter in the former due to being able to gradually adjust my movement with the added surface of the D-pad itself. Puyo Tet was the same; more direct control due to the D-pad itself (though I did miss the HD Rumble here most of all).

Street Fighter was a decent reminder of the game’s days on SNES and Genesis, and could serve a solid tool for pad players on the go. It isn’t a one-to-one comparison for either of those, though it captures the effect fairly well compared to other available alternatives. With only the bare minimum of getting used to the D-pad’s size and placement, I was pulling off Shoryukens and super combos without issue. 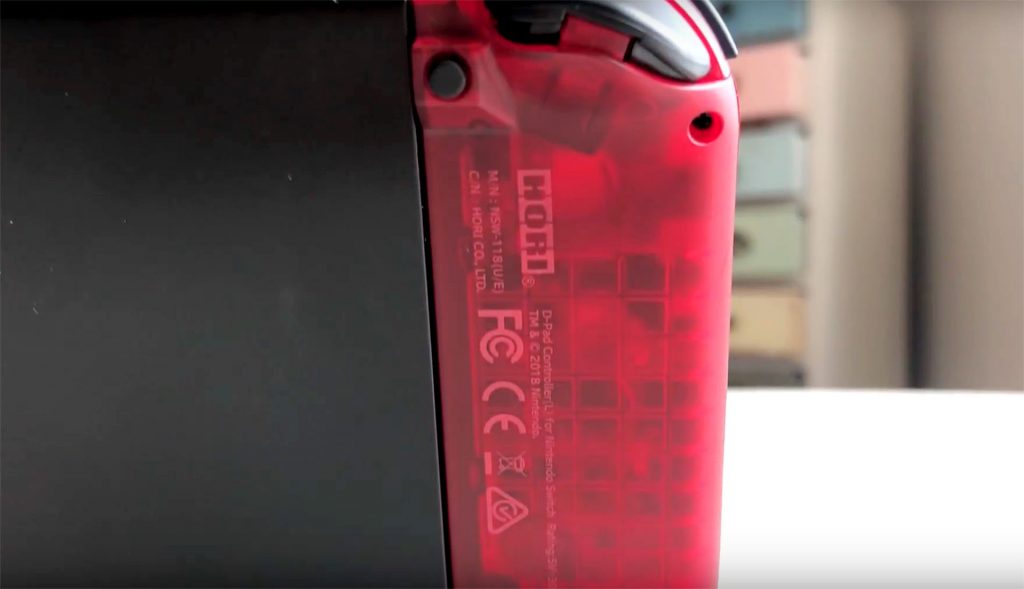 Kirby Star Allies ended up the most pleasant surprise of all. As Kirby games haven’t changed considerably as far as control goes, using a more classic D-pad not only made the game’s simple inputs that much easier, but it also brought me back to a more familiar and fond state of mind.

All that in mind, it’s easy to call the D-pad Controller a success as far as usability and performance go. However, there’s one crucial hurdle for this controller: battery use. This was a known issue with the Japanese release, and in our early hands-on we saw it drain the Switch as well. Those at Hori have confirmed to us that they’re aware of the issue and are working on a fix, but as of now it’s still something to be aware of.

Even with power problems, the absence of wireless and rumble, and lack of weight, I still feel comfortable recommending the Hori D-pad Controller. It does exactly what it needs to do and does it well, offering players who love handheld mode the chance for a more traditional means of movement and control. At $24.99 a piece they also represent a more affordable left Joy-Con replacement. They’re by no means perfect and have one key, objective hurdle to get past between now and release, but on a game-to-game basis they offer the perfect way to change things up to suit your needs — right in line with what the Switch is all about.

You can pick up the Hori D-pad Switch controllers on Amazon.