“Our bonds give us strength!”

Thus spake Matthew Mercer as Chrom, Prince of Ylisse, thereby summarizing roughly 90 percent of Fire Emblem’s themes in a single catchphrase. Evidently Fire Emblem Heroes didn’t get the memo on this, however, as it’s taken them awhile to capitalize on one of the series’ core aspects. But the game’s newest event, titled “Forging Bonds,” appears to remedy this by offering a game mode focused on strengthening the ties between you and some select characters. 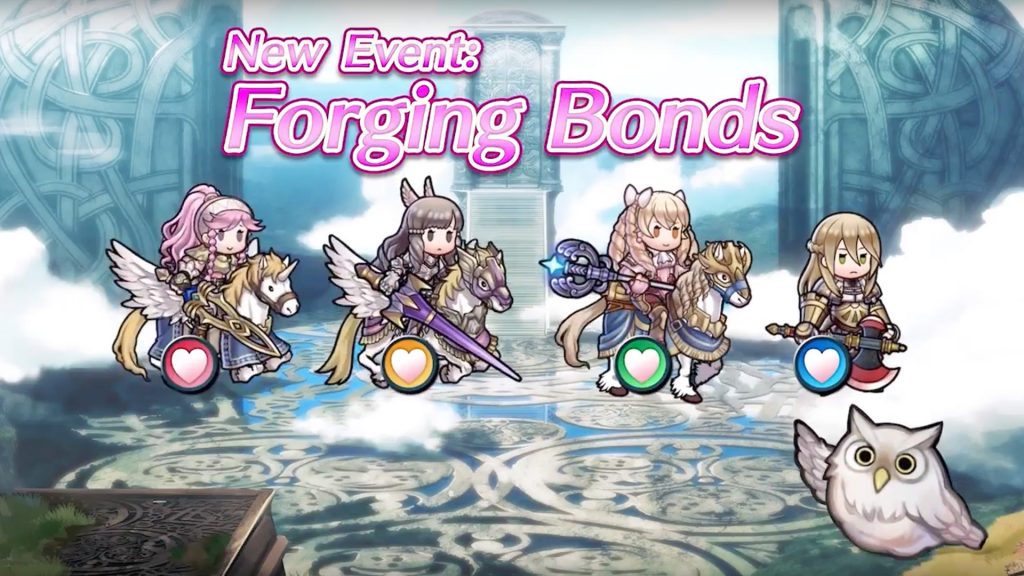 The event was announced during tonight’s Feh Channel broadcast and revolves around you clearing maps in usual Fire Emblem Heroes style — no real gameplay switch-ups here.

The rub is that defeating enemies earns you heart-stamped tokens with colors that correspondsto a particular character (amplified if you have particular accessories equipped).

Get enough of these tokens, and your friendship level with said character increases, unlocking a variety of rewards, including badges, feathers, and even accessories.

The main draw, however, is that you can unlock bond conversations between yourself and the characters, similar to traditional Fire Emblem supports.

Thus, it provides some extra characterization for the group featured, without you actually having to have the unit in your army.

You’ll also get orbs for clearing the maps once a day, for a total of 14 orbs while the event lasts.