Not one amiibo collection can come close to Super Smash Bros. at this point. With such a wealth of characters and the appeal of Nintendo itself, it’s no wonder we and so many of you just had to have them, either in a partial or a full collection. For those of you who keep these babies boxed, you should know that the newest additions might look a little different.

Take a look at the box art for instance. While the placement of character art and the aesthetic of the backing will help these designs mesh with the rest, there are definitely some changes to take note of. 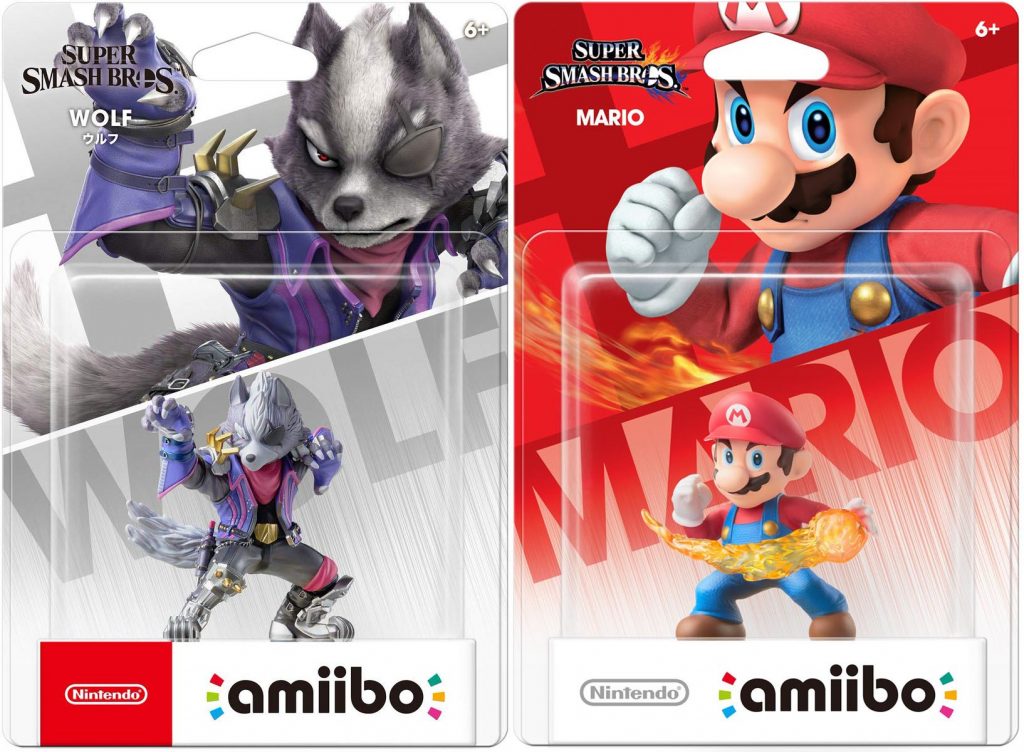 The most obvious difference is the red Nintendo logo on the front. This is commonplace with amiibo now — even Cloud, Corrin, and Bayonetta reverted back to the original white style when they released. This might also mean Ridley, Inkling, and the rest could come in the newer, smaller plastic casing rather than the bulkier display from the rest of the Smash line.

Other smaller differences can be found on the top left of the packaging. The Super Smash Bros. logo has changed to a more uniform style, losing the flame affect and font from the Smash 3DS & Wii U boxes, it and omits “Ultimate” entirely.

Likewise, it appears that the characters’ names will be in English and Japanese instead of English and occasionally Spanish, French, or other western languages. Of all the changes this seems like the one that could most easily be chalked up to simply serving as a placeholder to cover the two largest consumer bases for amiibo, but who knows?

Let us know what you think of these design differences. Does it throw off your collection, or just make you that much more excited to open them up and get to playing? You can order the first wave of these newer Smash Bros. amiibo now, and receive them right alongside the game on December 7th.