Today, April 4th, marks the start of a new era for a certain blue hedgehog.

After decades of stories published under the banner of Archie Comics, Sonic the Hedgehog has effectively been rebooted under IDW, the fifth largest comic book publisher in the US. Given how admirably passionate the Sonic fandom can be, this naturally led to a lot of debate from both sides, but how does this fresh start pan out? 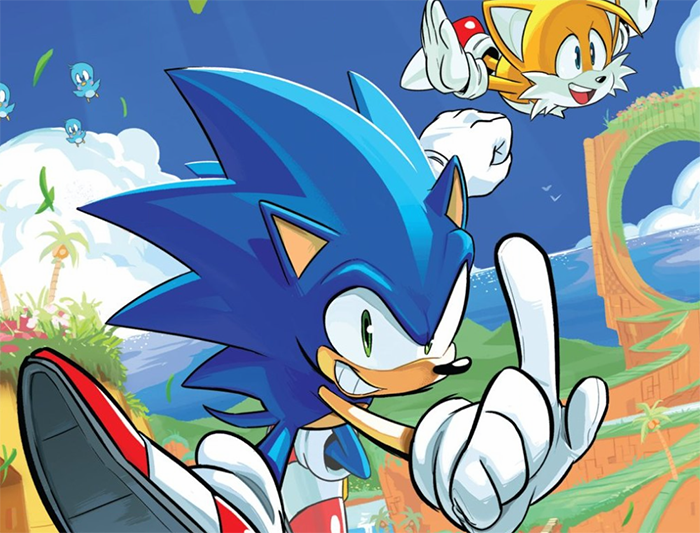 To get an idea of where I stand going in, here’s a quick run-down of my history with Sonic’s multi-media adventures. Growing up in the UK meant the Archie comics and the tangentially related SatAM cartoon weren’t where I got my fix – that honor went to the the one VHS tape I had of the ridiculously cheesy Adventures of Sonic the Hedgehog and “Sonic the Comic”, which was its own continuity published by the UK company Fleetway. You might know them as the guys who made Super Sonic a terrifyingly psychotic unrelenting force of nature and it was weird.

This means that I have little to no connection to Archie’s roster of characters like Bunny Rabbot, Sally Acorn and that one poncy French coyote, so, while I understand fans of that era are saddened to see them go, I won’t really be factoring that past into these reviews. I have played practically all of the games, though – during my teenage years I even endured every single Shadow the Hedgehog ending for some reason – and that’ll be my main perspective.

With that out of the way, let’s dive into this new universe…

Well, I say new universe, but IDW’s Sonic series acts as a direct sequel to Sonic Forces, for better or worse. Fans of the games will be happy to know that the new stories will follow the events of the “Modern Sonic” era, with bosses from Adventure, Heroes and more making early flackback appearances, but this does mean the comics aren’t a completely fresh start for anyone who wants to dive into the franchise here. That said, the story is still very accessible, and most everything will be recognizable by anyone even slightly familiar with the character. While “lore” does exist with Sonic, there’s always been an approachable status quo to fall back on.

The set-up for this first issue is fairly simple too, with Dr. Eggman being AWOL after his latest defeat while the rest of the world, which seems to be made up of the animal species seen in Forces’ character creator, rebuilds, with the help of Sonic and Tails. Being the first issue this simplicity is honestly perfect. Front-loading with exposition and characters would only bog things down, but by limiting the core cast they can highlight what the book will be about – action, characters, and humor.

The action is incredibly easy to follow and that’s no bad thing. Sonic and Tails ping-pong off badniks and from panel to panel, encapsulating some of the moves seen in the modern “Boost” games. The backgrounds in these segments vary in detail but it’s usually with good reason – contrasting the explosive final blows with solid colors punctuates them perfectly. 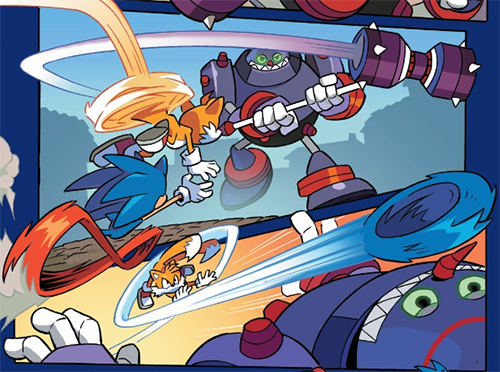 As mentioned earlier Sonic and Tails are the starring characters in this issue, which isn’t exactly a surprise, and it captures their modern personalities quite well. Sonic is cocky, perhaps too cocky, and I can’t help but get the feeling they’re setting up some capital-L Lessons for him to learn later on. Tails, meanwhile, gets more immediate development – his controversial snarkiness is retained from the most recent games but the writing does dip into his earlier anxieties about Sonic’s wellbeing and his own independence. These moments help keep the characters from becoming stock archetypes so I hope there’s more to come.

Finally there’s the humor, which thankfully lands! For the most part! Sonic and co. are incredibly expressive throughout, and the blue blur himself quips almost as much as a certain webslinger. Needless to say if you find Sonic obnoxious at the best of times you probably won’t find it all that charming, but he’s at least the butt of a few jokes himself to offset it. 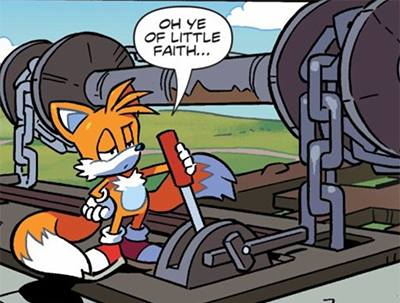 IDW’s first foray into Sonic the Hedgehog definitely kicks things off on the right foot and a path full of potential is laid out in front of them. Every week of April will have a new issue before things settle into a monthly release schedule, and as of right now I’m eager to continue the journey!