Pokémon has been no stranger to shakeups in the past. Pokémon Ranger, Mystery Dungeon, and Snap are just a few ways the Pokémon franchise has taken steps away from its roots. But, with Detective Pikachu, the apple has fallen even farther from the tree. We’ve never seen a Pokémon game quite like this. Was it successful? We take a look!

Sleuthing in the city

Detective Pikachu takes place in Ryme City, a place where Pokémon from all regions gather. After all the Generation I love we’ve received recently, it was refreshing to see some Pokémon from other generations get some attention. With Hoothoot, Mimikyu, Chatot, Taillow, and more, fans of every region should be satisfied with the amount of diversity in Ryme City.

You play as Tim Goodman, a boy who comes to Ryme City to investigate his father’s disappearance. Early on, Tim runs into Detective Pikachu, the only Pokémon that Tim can verbally communicate with. Together, the two solve various mysteries that intertwine with the main story about Tim’s missing father. 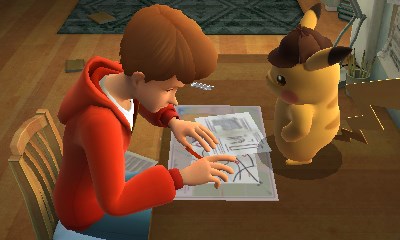 The gameplay in Detective Pikachu is very simple when compared to other games of the mystery genre like Ace Attorney and Professor Layton. Tim and Pikachu interview witnesses and examine crime scenes for evidence, all of which Tim records in his case notes. Once you have all the interviews and evidence you need, you solve the case by selecting which evidence supports your proposed solution. The process of gathering evidence and selecting the final solution is never difficult, and Detective Pikachu is always there to help those who get stuck.

This is where Detective Pikachu runs into some difficulties. Essentially, Tim and Detective Pikachu have to explore the entire area before they’re ready to solve the case. It’s fun to see how each case unfolds, but the pacing never felt right. There were many times when I knew the answer long before the game would let me solve the case, leading to times of monotonous, unnecessary investigating. This is a problem that Ace Attorney and Professor Layton games have faced as well, but with the much easier difficulty of Detective Pikachu, this problem was magnified.

Forget what you know about Pikachu

For years, we’ve gotten to know and love Ash’s Pikachu from the Pokémon TV show and movies. He’s friendly, sweet, and cares about his trainer more than anything. The gruff, hard nosed, coffee-loving Pikachu from Detective Pikachu is nowhere near what we’ve come to expect from the small, yellow mouse. 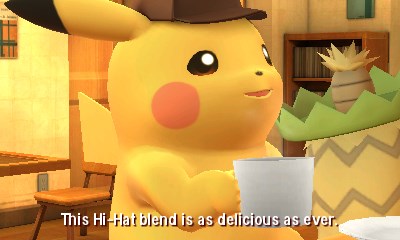 It was a big risk to take one of the most iconic video game characters of all time and completely change his voice and personality, but I think the risk paid off. Detective Pikachu takes the spotlight and runs with it, as he is by far the most memorable character in the game. He pulls pranks on Tim, longs for his favorite café, and always knows how to get the most out of his witnesses. 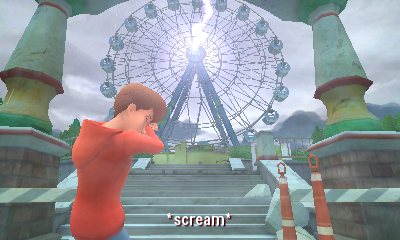 The overarching story is very good, especially near the end. The plot takes twists and turns, and, excluding the excellent Mystery Dungeon series, it feels like the most complete story in the franchise. The smaller cases interspersed throughout the main story don’t feel as complete, and occasionally got in the way of the plot lines I did find interesting. A lost necklace or a destroyed violin feel trivial compared to the disappearance of Tim’s father, or Detective Pikachu’s mysterious past. The pacing never settles in, and there’s one instance near the end where the game takes an excessively long break from the main story to focus on side plots.

I also found the writing to be inconsistent. Detective Pikachu is always well written, but most of the witnesses are cookie-cutter boxes of dialogue that make investigating feel like a chore. Just like the NPC’s in mainline Pokémon games, their dialogue exists purely to give you one piece of information. There’s very little personality or style in much of the game’s conversations, which is a shame given how well Detective Pikachu is written. 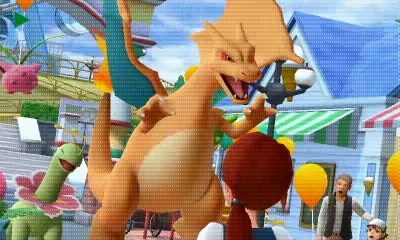 The game is a mixed bag from start to finish. The story is charming, but it gets in its own way more often than not. Detective Pikachu is a brilliant, fresh character, but his supporting cast leaves a lot to be desired. Solving cases can be fun, but it’s always a bit too simple.

If you love the world of Pokémon, you’ll probably enjoy Detective Pikachu for what it is. It’s fun seeing a Pokémon game that steps away from trainers, and instead focuses on a world where Pokémon and people truly coexist. If you’re an investigation game fan who loves figuring out puzzles as Professor Layton and solving murders as Phoenix Wright, don’t expect the gameplay of Detective Pikachu to live up to those investigative juggernauts. What you are getting is a fun, but flawed mystery game with a fresh take on the world of Pokémon. 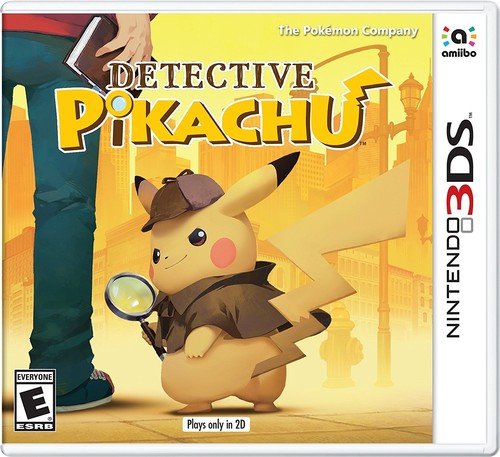