As the culture of gaming looks ever forward, innovating in both game design and technology, certain genres tend to be lost to time. From collectathon 3D platformers, to silly FMV titles, to arcade styled beat ‘em ups, certain types of games simply aren’t made anymore — unless it’s in the instance of a company intentionally harkening back to the “good ol’ days,” catering to an audience hungry for a nostalgic look back at simpler, less refined times.

The Alliance Alive is a spiritual successor to 2015’s The Legend of Legacy, which itself was a throwback to the SaGa series and its ilk — RPGs comparatively light on characters, a diverse range of equipment and abilities, and a lack of EXP points that required your characters to perform actions to grow. It’s this past that the game draws upon to craft its own world — but, just like its predecessor, its attempts to modernize are mixed, leaving an overall lukewarm experience that ultimately can’t match up to other, more well thought out experiences.

To its credit, TAA makes a number of improvements over TLoL (which I never even got around to finishing), especially on the story front. In a world where humans are oppressed by daemons and beastfolk, the player will swap perspectives between several different parties — a resistance faction struggling for freedom, a whimsical daemon and her cohorts exploring an anomaly in the world, and a human traitor who works under his oppressors in his search for peace — as they slowly coalesce and band together into an alliance seeking to find the mythical blue sky. (As a Seattlite, I can relate.) It takes a while to get things going, but seeing the individual factions slowly end up together is pleasing in its own way. 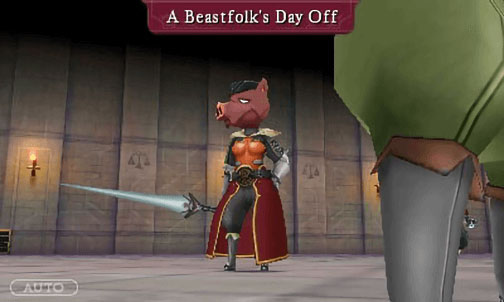 Compared to Legend of Legacy’s almost nonexistent plot, it’s a substantial improvement. There are setups early on that are interesting, creating a relatively unique world with some actual stakes and consequences. But most early hopes fall somewhat flat as the game goes along, for it feels like the cast is never quite as fleshed out as it should be. Some characters, like the candid Azura, the tactful Gene, and the eccentric Vivian provide charming moments and even flashes of development, but it never quite hits where it needs to. What’s more, the closest thing the game has to a central protagonist, a boy named Galil, is extremely bland. There’s nothing in the writing that will offend sensibilities, but it all feels quite underdeveloped, as if they managed to brainstorm some good ideas but never worked through how the characters will operate throughout the game.

That said, the character designs themselves — despite some same-face syndrome — are quite cute and charming, and provide some of the game’s greater charm. The rest of the atmosphere isn’t much to write home about: environments are the fairly typical forests, volcanoes, glaciers, and dungeons you’d find in an RPG, while the soundtrack provides an interesting mix of typical orchestral fare with some synth beats, though I couldn’t really find myself remembering any particular tunes. The locations are at least distinct without reusing assets (except for the Guild Towers, which I’ll get to shortly) but not that many are particularly memorable, except for perhaps their sheer length, as many of the game’s dungeons can take quite a while. 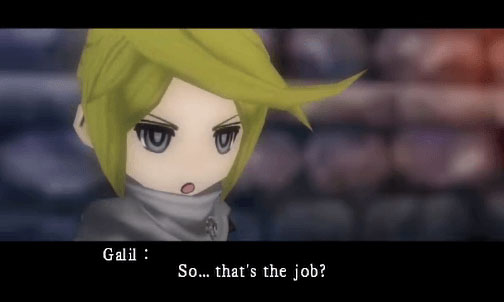 In an RPG where the plot isn’t fleshed out enough and the aesthetic is eh, it requires a finely tuned and intricate battle system to sell itself — and, to its credit, TAA does have a significantly developed battle system over TLoL. Up to five characters engage, with each one taking a particular stance — either Attack, Guard, or Support — and acting from there. Attack boosts… well, attack, Guard boosts defense and allows blocking techniques to extend to the whole party, and Support boosts speed and healing. As the game goes along, you can also tweak the stances slightly to shift bonuses, such as making one that offers extra speed to Support in exchange for healing prowess, or one that balances out Guard abilities so you can strike if need be. Since you can change your formation each turn, there’s a lot of micromanagement you can potentially do, though I admittedly blew through most of the game switching between two formations (one for striking, one for healing).

Character moves rely completely on the weapon they have equipped. They’ll usually start with only one or two abilities, but learn more quasi-randomly as they use these abilities in battle. You can also adjust your characters’ aptitude with certain weapons via Talents, which are essentially support skills you pay Talent Points (essentially, AP) for. Combine all this and there is a surprising amount of character variability, with plenty of potential to tweak your party the way you wish — but each also is suited for particular roles, invoking limitations in the process. 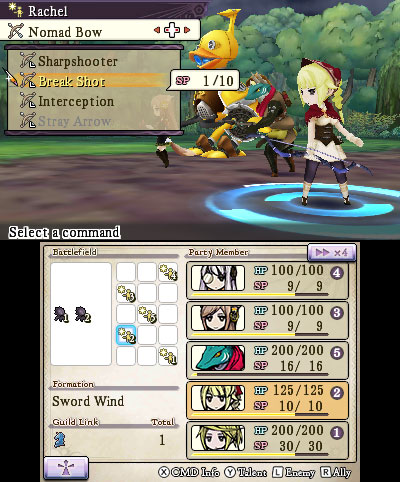 The main issue with the character progression throughout fights is the randomization with which it occurs — the game never explains exactly how you’re supposed to learn new abilities, causing you to blindly repeat certain attacks over and over again until you get it right. What’s more, the strength of the abilities you do have is also subject to the RNG, as it can randomly stat up when you use it. There are ways to counteract this to a degree — Signimancy and Sorcery, the game’s two methods of magic, are not learned through battle but bought, and one character’s more useful abilities are tied to her weapons and equipment. But it’s overall frustrating for the system to be so based on chance, especially when you manage to learn a powerful move only to Game Over and not acquire it for the rest of the game.

Fortunately, the game is never too difficult so long as you manage a decent amount of field battles to keep your HP and SP totals growing. There’s a massive, horrible, absurd difficulty spike in the final dungeon for some reason (and you’re not allowed to go back to another area, compounding the frustration), though the final bosses are on a more manageable level.

Perhaps the game’s most distinct aspect is its guild system — roughly a third to halfway through the game, you’ll be able to develop, enlist members, and build towers for the five guilds (Recon, Blacksmith, Library, Signimancy, and Tactics) of the world. Developing the guilds will grant you benefits like expanded equipment options at their shops, more formation abilities, and so on. And if you fight within the range of one of their towers, they’ll provide support (randomly) during battle, either buffing you, debuffing foes, or outright striking them with a bombardment. Unfortunately, developing can be a hassle, as you have to haul yourself across the world (which you’ve already explored half of by the point you start) and talk to NPCs to get them to join up, which can be tedious and long lasting. Overall, it’s an interesting idea, but doesn’t feel super substantial in its execution. 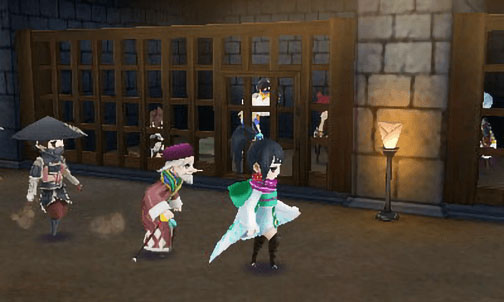 That statement ends up describing a lot of The Alliance Alive, actually. As somebody who admittedly doesn’t have any real history with the SaGa series or games like it, I was interested in what it could bring to the table in terms of reinvigorating a long gone genre of JRPG. And at moments, I could see glimmers of the game’s promise shine through. It has some nice goofy character interactions. It has hype, last hit boss encounters. It even contains the line “yippee ki-yay, mother ducker,” which is somehow both objectively terrible and wonderful at the same time.

But in the end, The Alliance Alive doesn’t provide much more than a nostalgia fix for those who had Final Fantasy Legend on their Game Boy growing up. Developer FuRyu has improved since The Legend of Legacy, and improvement is definitely a good thing, but it’s not enough. Other JRPGs on 3DS, even heavily flawed ones like Bravely Default, ultimately manage to bring something more interesting to the table. The Alliance Alive, on the other hand, is merely an echo — a remnant of a bygone age, a reminder of what once was a burgeoning subgenre in a culture of gaming that was much simpler. And simpler can be better. But in this case, it’s just okay. 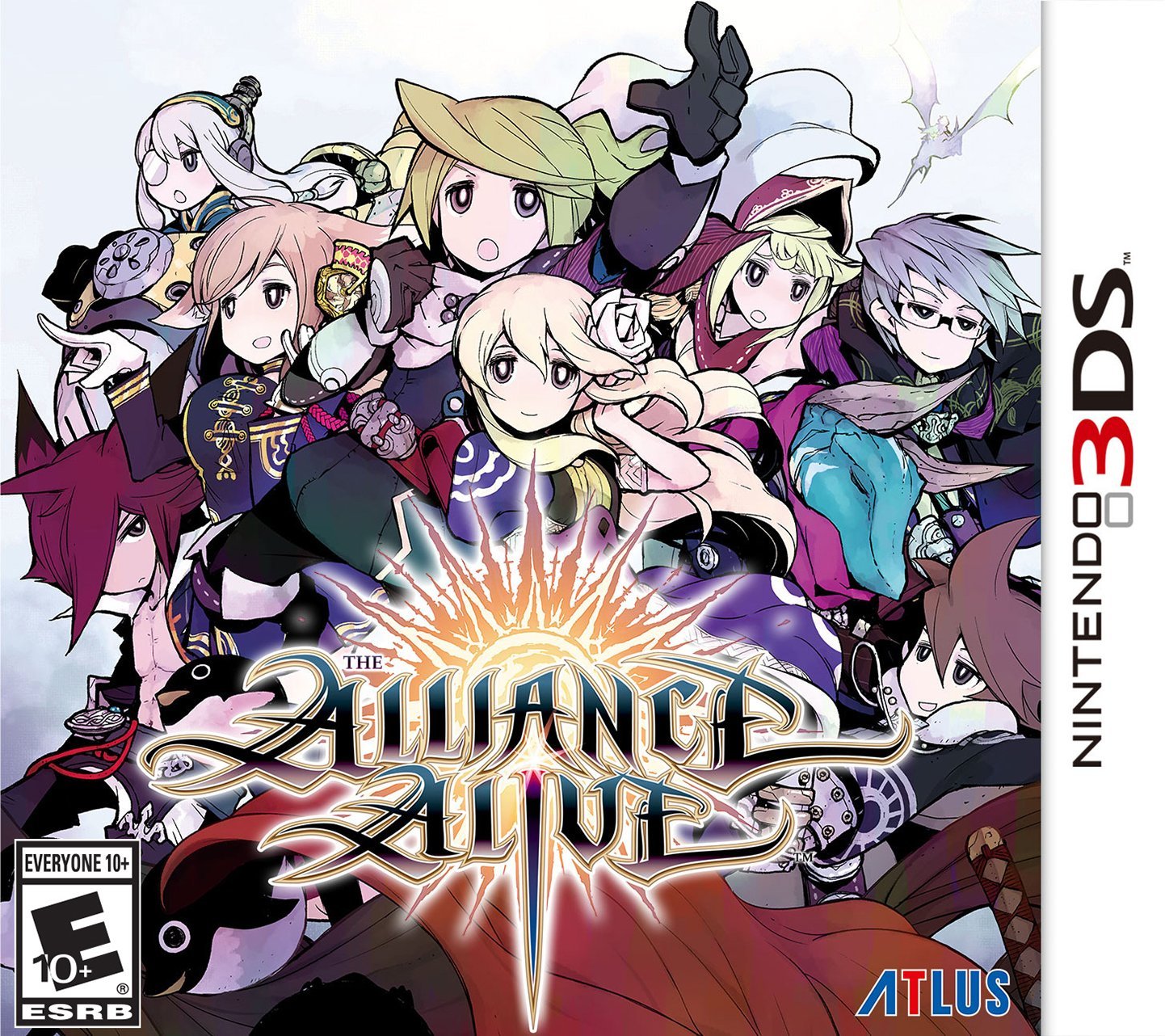