Normally, I feel pretty neutral or even outright annoyed when it comes to Legendary Pokémon. Once caught they’re thrown in the box, a checked off spot on the Pokédex even with their known power.

This Psychic seabird was one of my favorites back in Gen II thanks to its design, its power, and my childhood mind thinking being on the game’s box was super important. Now a new generation of games and trainers can grab a special “Wind Lugia” that knows the otherwise unavailable move Hurricane when they prebook tickets for the latest Pokémon movie, Everyone’s Story. While not a new Form, reversion, or Mega Evolution by the look of things, it’s still great to have Lugia back and headlining its second movie. 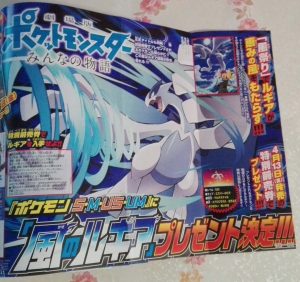 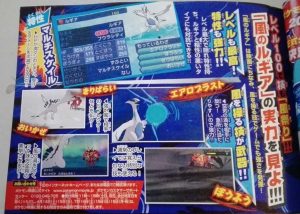 This is so far exclusive to Japan, where Pokémon Centers are a thing and such a campaign can be nationwide easily, but I expect it to make it to the rest of the world closer to the movie’s release. As for Japan, the campaign will run from April 13th to July 12th, and will work with all current Gen VII games.