Making decisions can be a draining, sometimes even painful task. Every choice puts us down a path and closes off another, weighing on you until the outcome plays out. This feels less weighty in games — after all, there’s usually just a “right” choice and that’s that. Radiant Historia was a game that presented plenty of choices but let you travel down the branches that sprout from them, returning to key moments to play them out as you see fit. I may have missed this time traveling DS title the first time around, but fate has been rewritten and it’s time to right what once was wrong. Radiant Historia: Perfect Chronology joins the library of existing 3DS RPGs to vye for a spot on the shelf and give this worthy story a second chance to make a mark on history.

History in the making

One thing that became clear as I traveled forward, back, and sideways through Radiant Historia’s timelines is that story reigns supreme in this one. You’ll learn the ins and outs of Alistel and Granorg, two warring kingdoms at both each other’s throats and drawn into their own inner turmoils. Add in a mysterious plague that turns people into sand and the threat of total desertification, and it seems the world may be running out of hope.

All of this is presented to you through the eyes of Stocke, a character whose positive qualities shine through in spite of his aloof bearing. You’ll form your party both within and beyond Alistel through his charisma and proven strength, ranging from cheerful mercenaries, your brother-in-arms, beastkin shamans and warriors, and even an unexpected ally from Granorg itself. 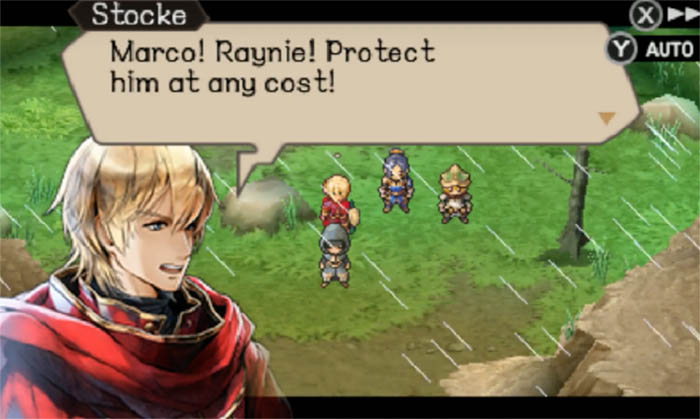 All of this is fueled by the mysterious White Chronicle, a book given to Stocke that allows him to freely return to designated points in history. Most of this is anchored to the core decision of staying in his current position or joining friend and party member Rosch in a separate brigade, creating a Standard and Alternate History where jumping back and forth between the two and completing tasks in one timeline will affect its double.

As the wielder of this book, Stocke is able to right history when it takes a dangerous turn. Early on he uses it to correct a simple matter of “which direction should we go” with deadly results, and it only grows in severity from there. Add in the presence of a Black Chronicle user operating in the background to disrupt the timelines and the game goes from what could’ve been a fairly basic premise to something much more compelling.

The cast and their world proved highly likable and engrossing, though at times the presentation of the plot would wear on me. Occasionally, batches of cutscenes could begin to feel like they’re overstaying their welcome, a common enough occurrence in JRPGs, as I personally felt the game was at its best when exploring the mechanics of its time travel rather than its political climate. 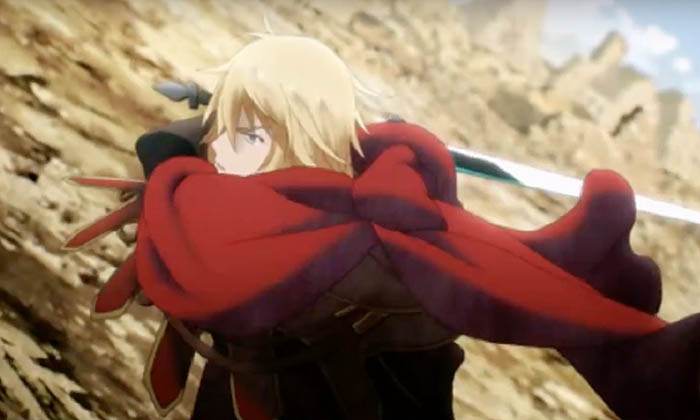 Stocke is in a unique position to experience things much more than anyone else by nature of his time traveling, and when the game acknowledges this it’s done well and without resorting to needless repetition. Cutscenes do play again when you revisit, but they’re thankfully skippable to preserve the flow of the game and my sanity. By story’s end, however, these themes begin to join together more directly, coming to a satisfying balance. All of this was carried by beautiful (new to this release) character art by Masaki Hirooka and the always stellar music of Yoko Shimomura.

As I’ve said in the past, RPG battle systems can make or break even the best stories, and thankfully, Radiant Historia offers up something unique. Your party of three will occupy the edge of the screen while enemies will fill into spaces of a 3×3 grid. Your various skills play with this arrangement, allowing you to knock enemies to different spaces even if they’re occupied. By doing so, you can start up a combo and, if planned correctly, take out multiple enemies.

By strategically ordering your actions and eliminating enemies set to act between you and your allies in time, you can build up a continuous flow of attacks. It works well, though it takes some getting used to. Unlike most games, even if you would kill an enemy your queued up attacks will target it for the sake of your combo. There are also occasional random extra attacks from your party members not currently in battle, though without a means to trigger them they can occasionally get in the way of an otherwise well laid out plan. 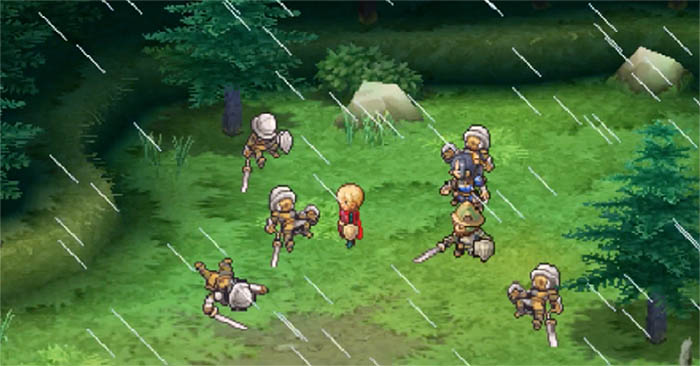 As you play through, more skills are unlocked opening up the door for greater combos, like traps that target a square instead of an enemy and powerful Mana Break skills. In time I really took a shine to the battle system, though I wish it could’ve done more to cater to different tactics to keep battles feeling fresh.

Exploration is nothing special, though helpful indicators for quest related NPCs are a plus. Maps are the usual RPG dungeon rooms, towns, and paths you’ve encountered before. It’s the presence of Historia and the White Chronicle that elevates the game once again, as being able to see the flow of the game through a growing page of nodes (points in time) that stood out the most. It’s simultaneously a primer on your progress, a compendium of quests, and weaves its way into the story just as well as the gameplay. That kind of integration somehow made (this particular group of) menus interesting to me, a continuously rare occurrence in RPGs these days.

While this was my first time through Radiant Historia’s page turner of a game, for returning fans there’s plenty new to enjoy. There’s the already mentioned character art, a few more music tracks, and some CG illustrations, as well as the presence of full English voice work for key members of the game’s cast. The screens have also been swapped, putting the game on the top screen this time around, while the bottom plays host to menus and maps. There’s even a full extra challenge dungeon within Historia called The Vault of Time, presenting new challenges to conquer and equipment to be unlocked. 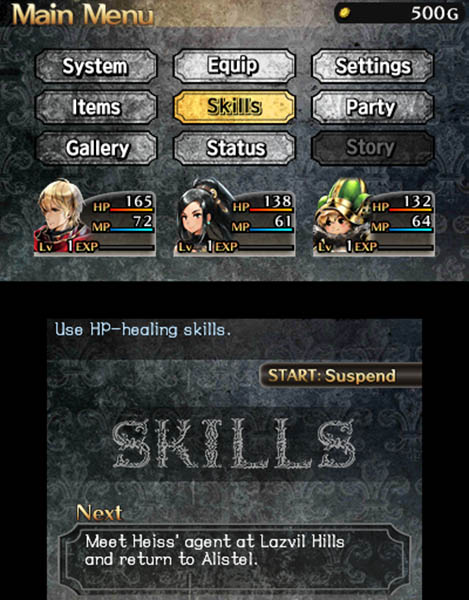 Possibly the biggest additions, though, are the new character and timeline. Nemesia not only joins your party but opens up what are called Possible Histories, giving familiar moments and threads new outcomes and perspective. While I can’t comment on them both for spoiler reasons, I can say they are worth playing through.

When you first start up the game you’re allowed to choose either Perfect mode, which integrates these into the game as you play, or Append mode which saves them for after you complete the original release’s content in order to experience it as it was originally made.

I love this as an option, as it allowed me (someone new to the game) the equivalent journey of my friends who hadn’t missed it the first time. I hope more games take this approach (when appropriate) with updated versions. Plus, I’m interested in having another go to see things woven in “naturally.”

All we are is dust in the wind

I went into Radiant Historia with high hopes and great expectations. I don’t think that kind of thinking is really appropriate for the game though, and in a way, it set me up for a letdown. The battle system is fun and unique, but it’s not what stayed with me compared to the art and music. The characters are likable and worth learning about, but map exploration wasn’t anything remarkable. The game’s worth truly lies in how you experience it all.

This is still an RPG, but the story at its core and the way the game presents it are more compelling and engaging than anything else. It’s a melding of narrative and gameplay through a unique method of time travel, and by showing me where things could have gone differently I couldn’t rest ’til I’d gone back to see it all. Time may be relative, but the appeal of that is a universal constant. Whether for the first time or just for the extra chapters, Radiant Historia: Perfect Chronology is a story worth turning back the clock for. 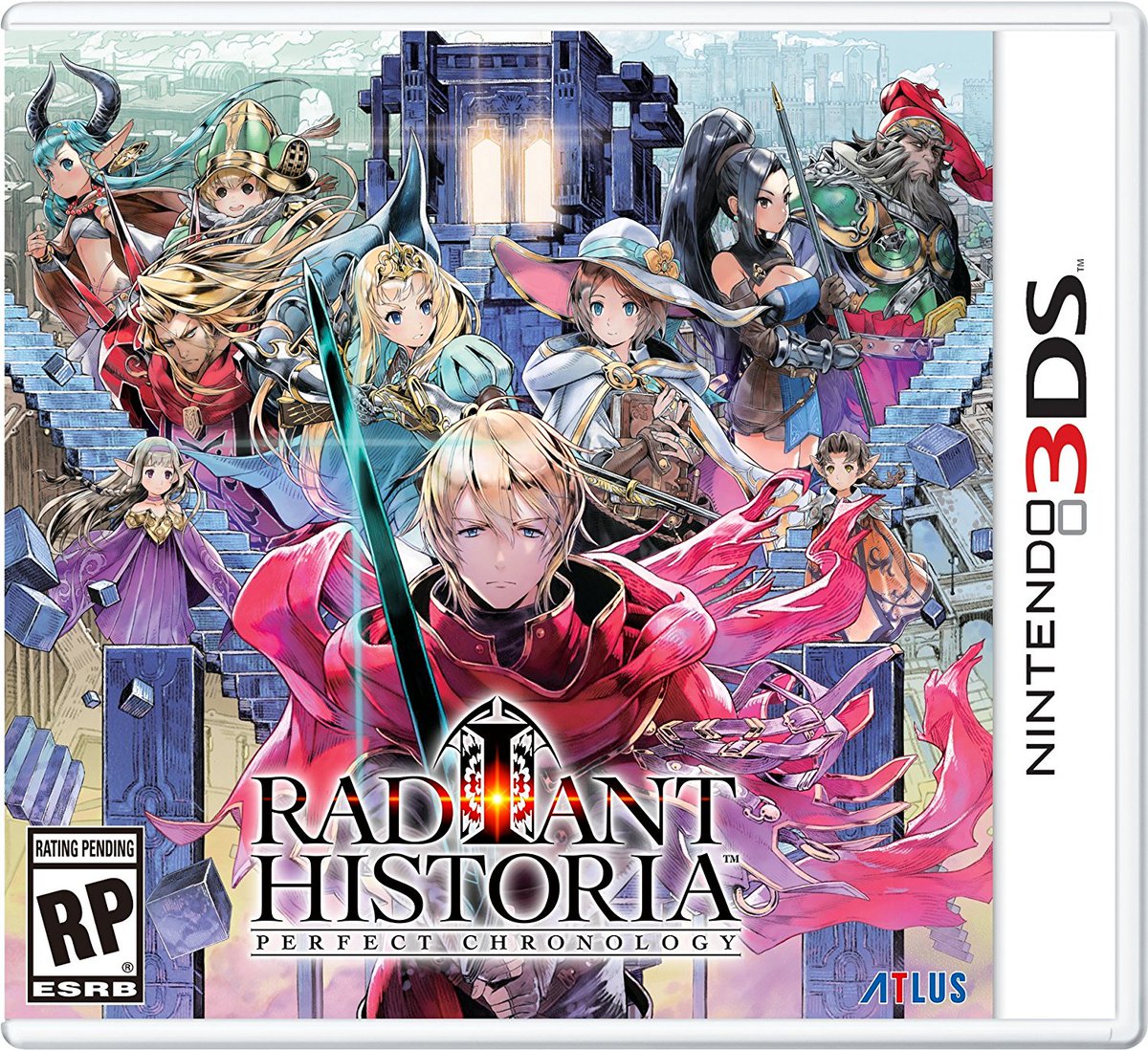