Another event concerning growing flowers and catching flying creatures has started in Pocket Camp! Rover’s Garden Safari might have caused some frustration for some, but take heart: changes have been made to the RNG formula as Lottie enters our campgrounds with a gothic lolita task. 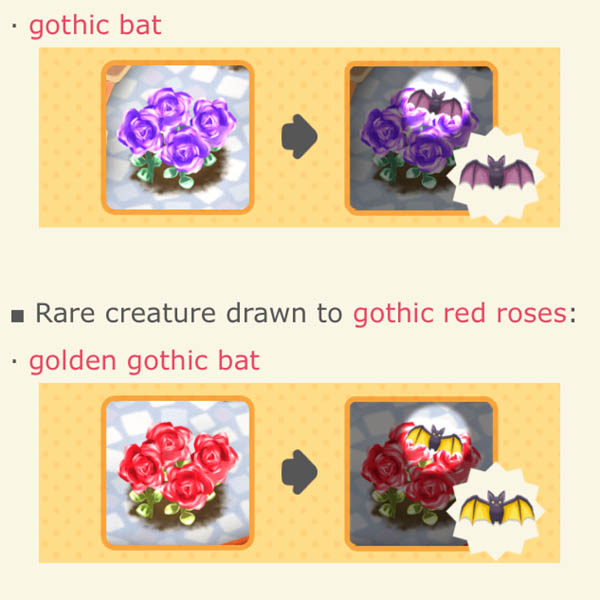 The second half of the event will start on Monday, February 5th, at 10:00 p.m. PT. Similar to Rover’s challenges, a new flower type is introduced called Gothic Fusion Roses. This flower species will attract both Ruby Gothic and Diamond Gothic Bats. When it comes to the Gothic and Golden Gothic Bats, these two new types will have tasks and rewards associated with them.

As before, you can share bats at friends’ gardens, provided they have the necessary grown flowers. Even by checking your friend’s profile, you’ll notice a status of whether or not they can accept shared critters. This is next to the new “Watering” signifier that’s been added to the game recently. 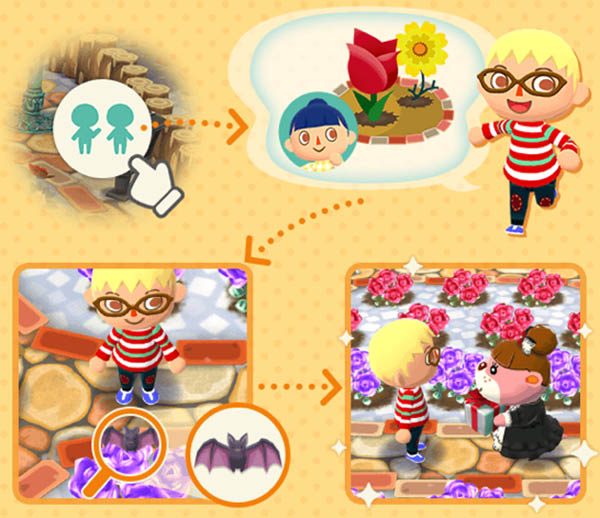 For those already worrying about how to complete the event, increased RNG rates have been discovered thanks to bluesun on r/ACPocketCamp’s Discord channel. Catch rates have improved, going up from 5 to 15%. Combine this with lowered numbers of bats needed and it’ll be less stressed-filled compared to a certain cat’s visit.

Curious about what you’ll need to complete the event? We’ve compiled a small guide with what goals, tasks, and trading rewards will be active. Good luck catching those bats!