New art and character revealed for Sonic the Hedgehog comics

Great news, Sonic comic fans! The Sonic the Hedgehog Twitter account announced that the new IDW-published Sonic comic series will be coming this April. There’s some pretty sweet concept art to go along with it, too. 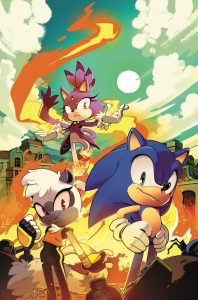 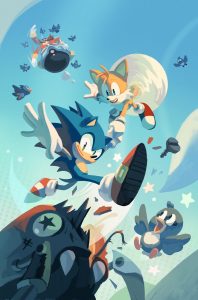 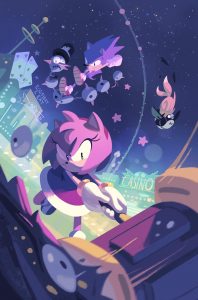 A new character named Tangle appears in the art. Aaron Webber said Tangle will appear in issue #4 and that she’s a ring-tailed lemur.

There’s no word on if the Freedom Fighters from the old Archie Sonic series will be making an appearance, but stay tuned to Nintendo Wire for all the updates on Sonic’s upcoming return to the comic world!