As much of a dream come true Kirby’s 25th Anniversary has been when it comes to merchandise and events (in Japan at least), the game side of the celebration’s been lacking. 2017 saw two expanded sub-games released via the eShop, both of which left a lot to be desired, and for a character as adaptable and ravenous as Kirby that just feels unacceptable. Now with a full retail package on 3DS in the form of Kirby Battle Royale, it’s unfortunate to say that the trend has continued, though not in a way you might expect.

As I followed Battle Royale’s pre-release, I knew exactly what I was getting myself into. The game’s a collection of ten distinct battle modes with varying objectives: sometimes you’ll be knocking out all opponents in an arena, while other times you’ll be chasing down a Dedede train and trying to throw as much ore as you can onto its carts. As simple as they may seem, there is some room for strategizing, even more so when it’s two-on-two instead of free for all, though not all the battles are made equally. 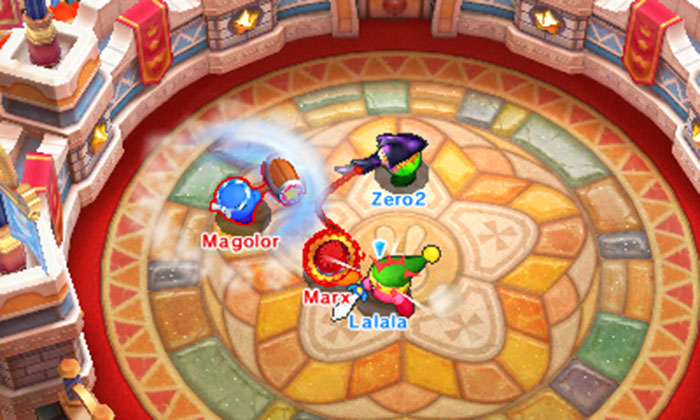 In this way this game too is more of a sub-game collection, just one with a unified moveset across each of them. Throwing apples around in one game doesn’t control any differently than tossing rocket fuel in another. This allows the skill and understanding you’ve accumulated to easily carry over from battle to battle, with gauntlets where you gather points and wins across differing battle styles being a lot of fun. Just don’t expect the kind of depth you’d find in a dedicated fighting game, or even Kirby’s own Arena modes. It’s a great recommendation for younger fighters or those who prefer party-style bouts over full-on slugfests, though, especially thanks to the always praised by me presence of single card multiplayer.

How’s this for a slice?

While there’s a Story Mode here, it’s not exactly a riveting affair, even by Kirby standards. King Dedede is throwing a tournament, with his goal being to spite-slaughter Kirby with a never ending army of clones. That’s right, it’s Kirby versus Kirby, with the variety coming in the form of a small selection of his famous copy abilities. With the prize being a deluxe cake of the highest order, nothing’s going to stop our habitually hungry hero from taking first place. Add in a tag team ally in the form of Bandana Dee, and the mysterious rival Meta Knight always after a good challenge, and the core Kirby cast is all here for a relatively lighthearted story. No cosmic troublemakers or galactic menaces this time around. 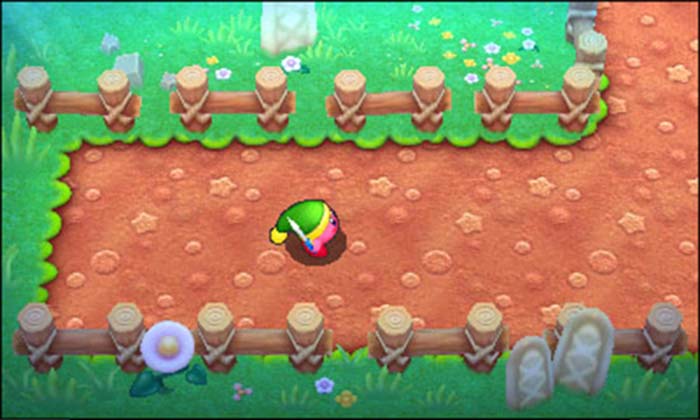 You’ll take on the game’s battles while moving up through the different divisions of the tournament, ranking up via qualifying matches once you have enough points to your name. You’ll unlock different fights and copy abilities as you go, keeping things fresh for a while before repetition starts to rear its head. There’s also not much difficulty to speak of barring a couple matches in the final set of challenges, and any Kirby fans expecting a True Arena or Meta Knightmare once the credits roll will be disappointed.

Speaking of disappointment, my greatest gripe with the game is just how shallow the copy abilities themselves feel. Normally the star of the show, these have all been stripped down to a couple grounded attacks, a couple aerial attacks and a charge attack. While this allows certain facets of them to shine depending on the mode (Whip is fantastic at grabbing things, Bomb offers ranged options, Hammer hits hardest, etc.), it’s unfortunate to see some of their movesets so sparse. Necessary as it might be for balance reasons (and admittedly a couple get new moves, like Ice’s frozen wall attack), it stands out as a step back from a longtime series fan’s perspective. 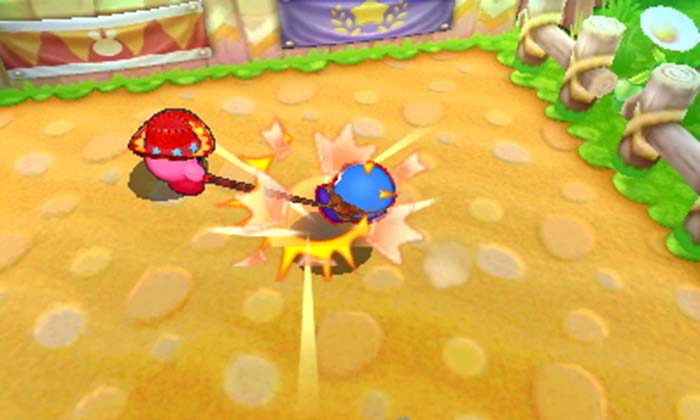 With that pressing matter out of the way, the real biggest problem is the game’s online features. While their existence is welcome, allowing for ranked matches based on a rotating lineup of the game’s battle modes (think Splatoon map rotations), there’s no way to play online multiplayer with friends. Local play is fine and fun, sure, but to not have private matches at all is truly unfortunate.

There’s definitely fun to be had with Kirby Battle Royale. With plenty of unlockables to strive for I’m still playing it, grinding up coins to buy cute costumes for each ability. It’s simple and accessible fun for players of all ages and skill levels, with that trademark Kirby twinkle bolstering the entire experience. Sadly, it just doesn’t have the depth or replayability it could. I’ve been a Kirby fan my entire life and this one just isn’t amongst the greats, or even the goods. Don’t be afraid to pick this one up as long as your expectations are in check and you have some friends to play with nearby, but for anyone who wants to see what all of the fuss is about for my favorite Nintendo series — do yourself a favor and hold out ’til Star Allies. 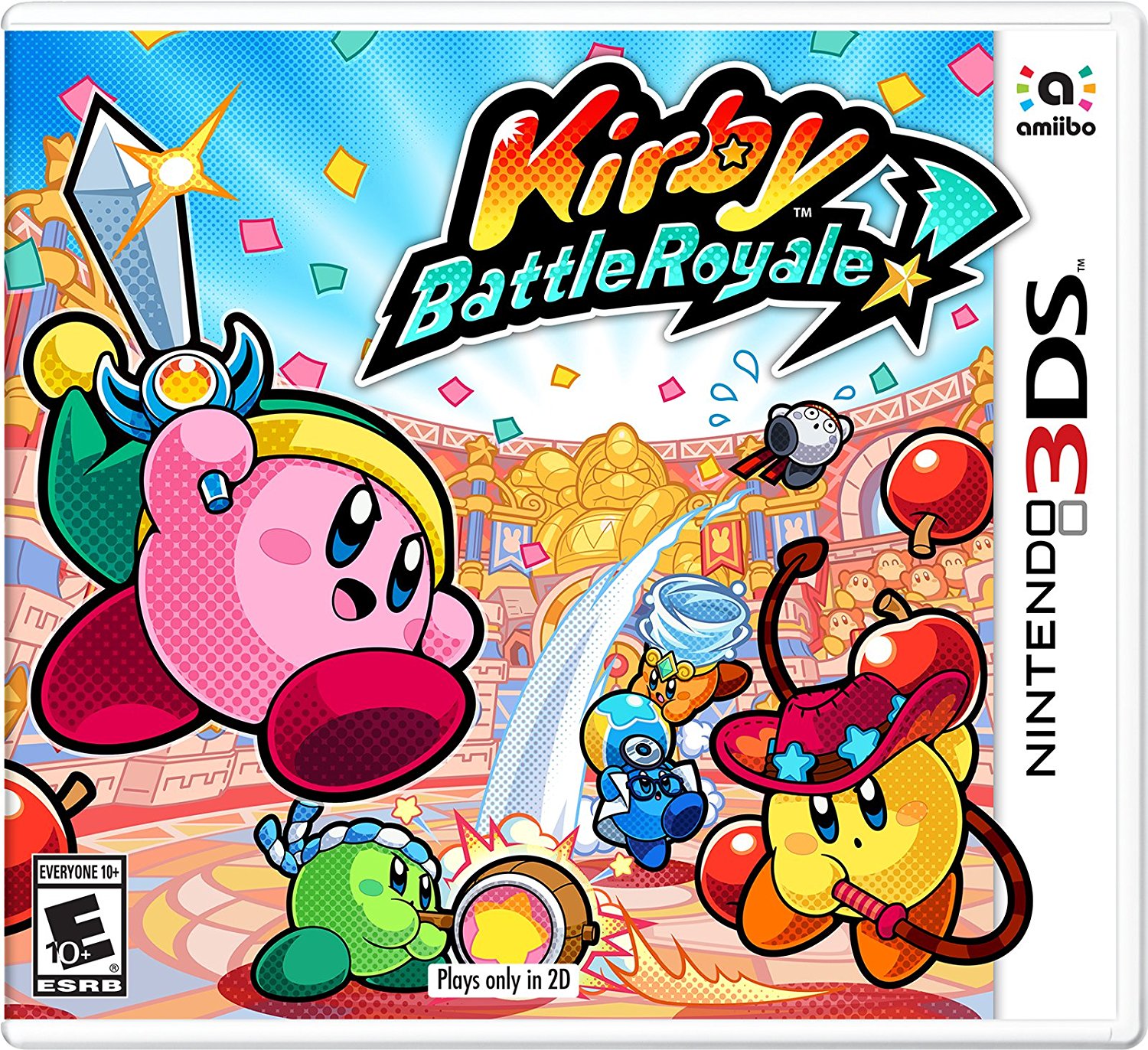