For those of you living under a Kabu, the latest in Planet Pop Star antics, Kirby Battle Royale, floated onto 3DS systems today. Now that we’ve got our grubby pink paws all over it, we couldn’t wait to walk you through each and every compatible amiibo scannable in the game.

To get started, simply head over to ‘Collection’ from the main menu and tap the amiibo option at the bottom of the list. Once there, you can scan any of the following figures to unlock a new piece of headgear for use in all Battle and Multiplayer modes:

Keep in mind that both the Smash Bros. and Kirby series variants for Kirby, King Dedede and Meta Knight will unlock the same piece of equipment. Also, just like all other gear in the game, they all serve purely aesthetic purposes, providing no real benefit or advantage in battle. Case in point, you don’t need to be a rabid collector to bear the miracle fruits of your labor.

Curious what each and every headgear looks like? We’ve got you covered! 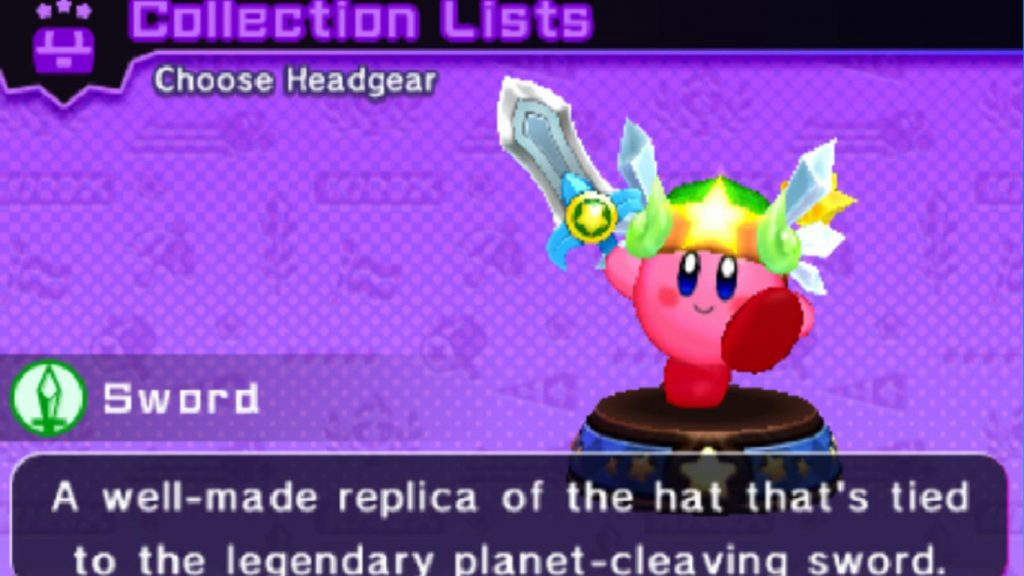 Scanning in the famous pink puff himself nets you the planet-cleaving Ultra Sword Hat made famous in Return to Dreamland, usable when players have the Sword ability equipped. Look’s an awful lot like Link’s heroic headpiece, eh? 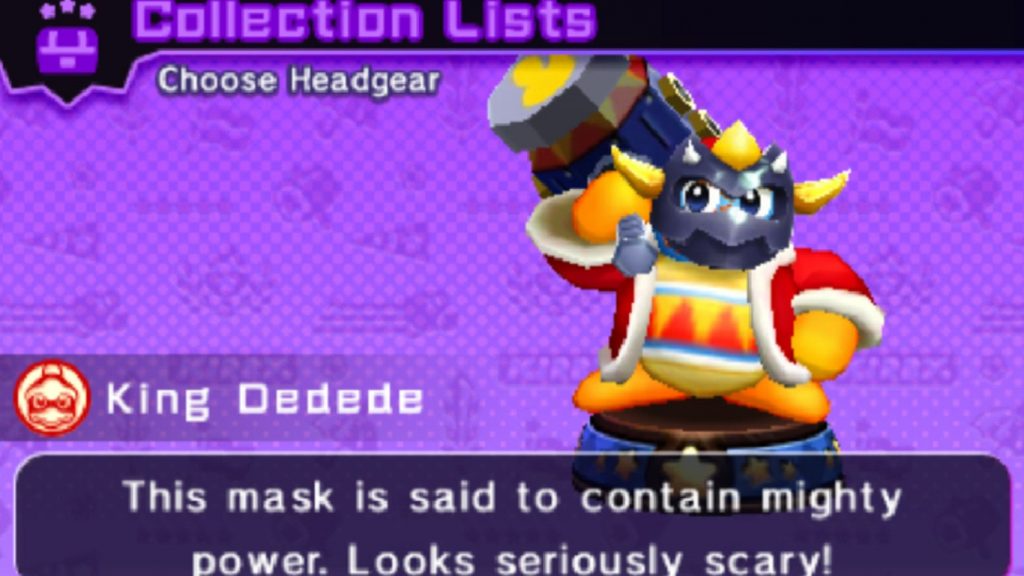 The hefty, hammer wielding Big Bad injects a little bit of Kirby Super Star love into battle, specifically in the form of his infamous Masked Dedede Mask. Though in order to equip this powerful piece of nostalgia, you’ll have to first unlock the King Dedede ability by playing through a portion of the game’s Story Mode. A small price to pay for ruling over all of Dreamland, don’t you think? It’s good to be the king. 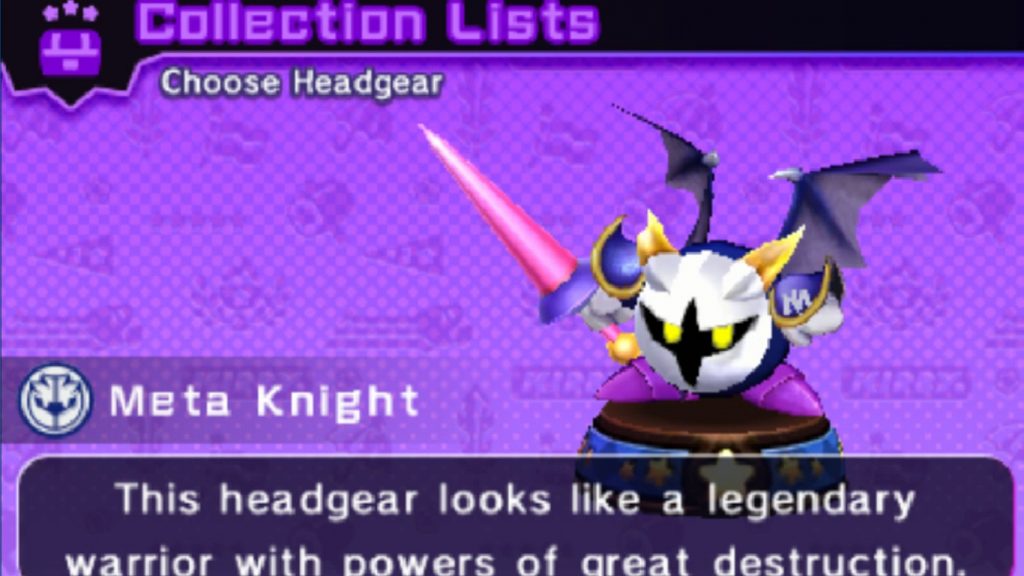 Behold! Thanks to the power of amiibo, Meta Knight’s platinum armored arch-nemesis Galacta Knight makes a cameo appearance, albeit in mask form. Just like with the king of swing above, you’ll first need to unlock the Meta Knight ability in Story Mode to don this heavenly headwear, though players who pummeled through the eShop demo earlier this month can defy time and expedite the process via save transfer. 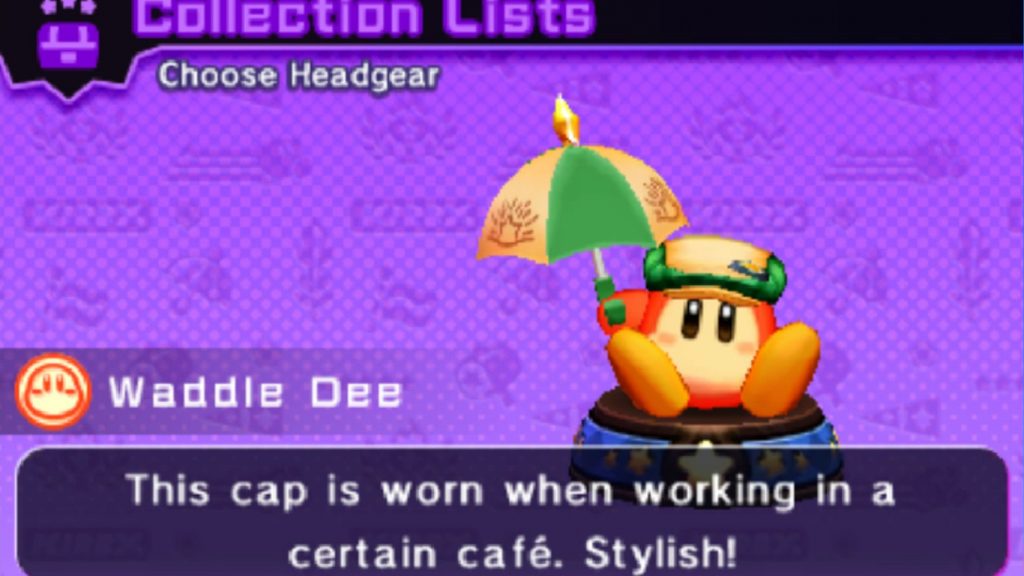 Serving up some minion mayhem at number four is Waddle Dee’s Café Cap. In order to don your newfound digs in culinary combat, the Waddle Dee ability needs to first be unlocked via Story Mode progression much like his exalted superiors. Hey, nobody ever said being an underling was easy. 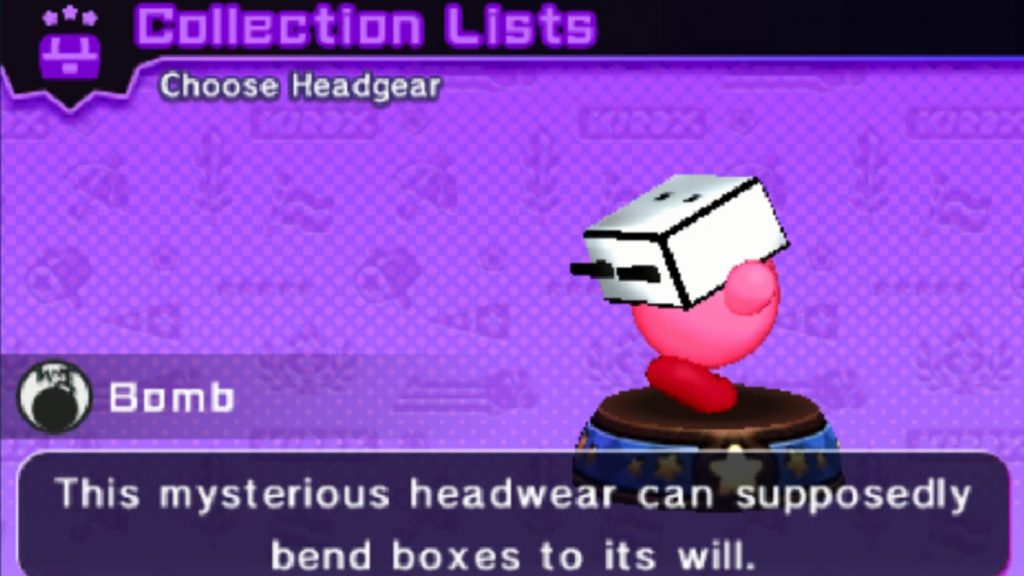 Those of you fortunate enough to import this little bad boy from Japan are in for a treat. Folding in the ever cute Qbby amiibo nets you BoxBoy himself sittin’ pretty upon your noggin, usable when players have the Bomb ability equipped. Best of all, each tossable powder keg of destruction is appropriately replaced with every mailman’s worst nightmare: box bombs.