Update: A new trailer with English voice acting has been released. Sadly, Ryan Reynolds does not appear to be voicing Pikachu.

A new trailer for Detective Pikachu has been made available in Japan and in it, a brand new Detective Pikachu amiibo is revealed. Amazingly, this particular amiibo is larger than the average figure, coming in at 5.3 inches in height instead of the usual 2.7 inches. (See comparison image below.) Thanks to Amazon Japan, we also now have pricing information as well. The figure will retail for ¥ 3,218, or roughly $29. This makes Detective Pikachu the most expensive figure in the amiibo line. (Not including Mega Yarn Yoshi)

The game was also confirmed to be coming to the US and Europe on March 23rd thanks to a post on the official Pokémon webpage. 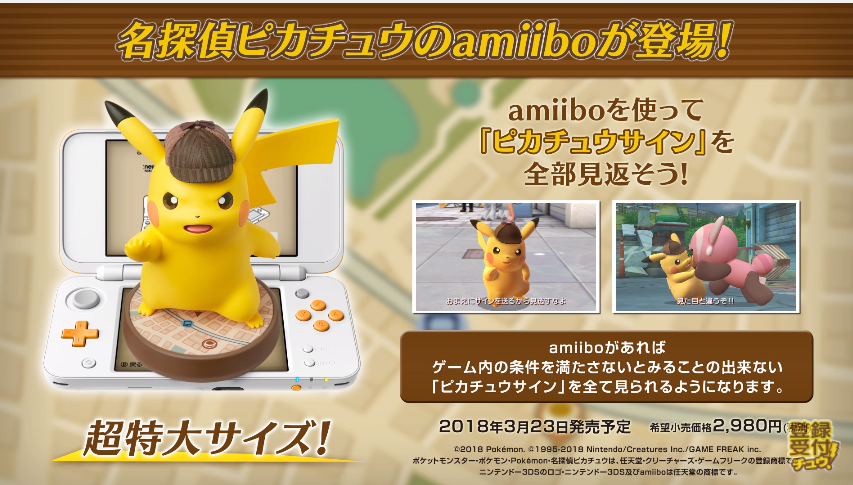 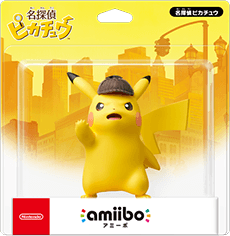 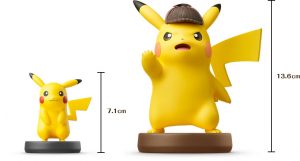 Take the role of young Tim Goodman and explore with his talkative partner Pikachu in the action-adventure game Detective Pikachu, coming to systems in the Nintendo 3DS family on March 23, 2018. Tim and this gruff, coffee-drinking Pikachu have teamed up to investigate the disappearance of Tim’s father. Look for clues, talk to witnesses, and uncover the secrets of Ryme City!

A special Detective Pikachu amiibo is in the works, too. This amiibo features a sleuthing Pikachu that’s larger than the standard amiibo, and when used with your game, it can unlock short videos that may contain helpful hints for your investigation. Check back for details on this special limited-edition amiibo.

Get more details on Detective Pikachu and look forward to exploring Ryme City with Tim and a special Pikachu March 23, 2018!