The pattern of early releases with Animal Crossing: Pocket Camp continues! Originally scheduled for tonight, the game’s first holiday event arrived 24 hours early. You’ll have until December 25th at 9:59 p.m. PT | December 26th at 12:59 a.m. ET to partake in the festivities, so it’s time to get collecting and crafting! You’ll have to work for these rewards, but it’s easier than you think.

Spotted in the datamine, you might see a new crafting item that your villagers may pay you with. It’s not fruitcake or holly — it’s candy canes! This festive treat is required for making this year’s holiday furniture. You’ll definitely want to be checking back with your Animal Crossing friends every few hours because you’ll need to hoard these for some of the most desired items. 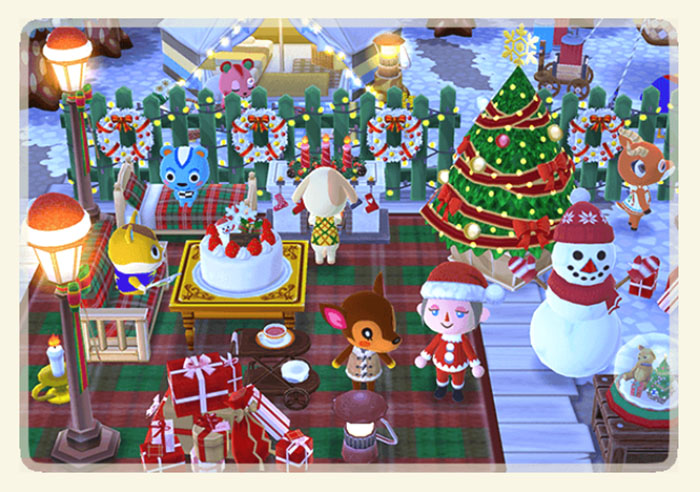 There’s another avenue to utilize when it comes to obtaining candy canes: the quarry. If you’re lucky, you might spot Shovelstrike Quarry giving out candy canes during a rotation. Just like with previous crafting items, the amount is a bit random. I was lucky enough to have the help needed to visit Lloid and smash some rocks. My work earned me 28 candy canes for crafting! We’ll see in the coming days what sort of hauls camp managers can receive, but I’d say 28 is a good amount for starting out.

Here’s a chart containing the full list of items you can craft with your candy canes. Now you can maximize your crafting and loot!

As an incentive to craft this new holiday set, 15 new Timed Goals have been added to the list. You’ll have from now until the event ends to complete these, and if you want the Santa clothing set to match the free Santa hat you’ve received, you’ll want to refer to the list below so you can dress up as Santa in time for Christmas!

The snow hasn’t fallen in Animal Crossing: Pocket Camp (yet), but when it does it’s time to see what Christmas-themed camps we can create. Maybe we’ll even see a certain familiar reindeer next month!