As far back as I can remember, I’ve been a fan of Pokémon. For more than 20 years I’ve eagerly awaited new releases in the series, devouring every new bit of information about every new entry that I could. I would obsessively check websites and scour the internet for the latest scoop on what was coming. However, that changed with Pokémon Ultra Sun & Ultra Moon. With the announcement coming so soon after my adventure in Sun & Moon had begun winding down, I wasn’t ready to revisit Alola. The more I found out about the new releases, the less excited I became. It was with this mindset that I went into my playthrough of Pokémon Ultra Moon last Friday. Almost a week into the game now, I’m happy to report that I’m just as engrossed in this new Alolan adventure as I was at this time last year with the original.

In typical “third version” fashion, Ultra Sun & Ultra Moon are a retelling of Pokémon Sun & Moon, with a few differences to keep things interesting. While these differences were poorly marketed at first, they are apparent very early on in the game and are extremely welcome.

The intro takes about half an hour this time around, shortened from the near-hour experience of Sun & Moon, and you’re allowed to pick your starter about ten minutes in. Your choice seemed much more symbolic before, a first for a Pokémon game, while Ultra Sun & Ultra Moon have backpedalled to a more typical choose-your-starter scenario. During the early stages of the game, the differences are small — a new character or two here, a line changed there, and differences in how you handle some of your Island Challenge Trials make up most of the changes for the first half of the story. This is fine, and I understand easing the player into a new scenario, but it makes the first part of the game drag on for considerably longer than necessary. 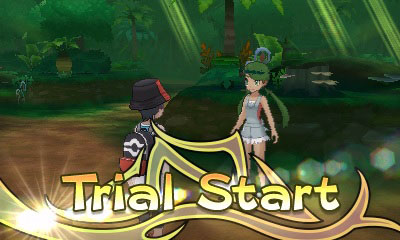 One of the most welcome differences though, one that really felt like a huge breath of fresh air, was noticeable almost immediately. The early routes are chock-full of Pokémon not available in Pokémon Sun & Moon, which made team building an absolute pleasure. Coming across an Inkay just outside of Kukui’s lab was delightful, and I ended up finding a Zorua near the Trainer’s School that stuck with me until the Elite Four and beyond. This had me eagerly exploring each patch of grass in every route I travelled through, looking for Pokémon I didn’t have the chance to train in my first trek through Alola.

Another really fun addition was the introduction of Totem Stickers, which essentially take the place of the collectible Zygarde Cores and Cells. These stickers are cleverly hidden all throughout Alola, and finding them became a pretty exciting adventure for me since I’m a sucker for collectibles. Collecting these stickers also grants you access to one of Sun & Moon’s most requested features: the ability to obtain Totem Pokémon. They don’t come with a stat-boosting aura, but they’re oversized and strong in their own right, and can make a great addition to any team. 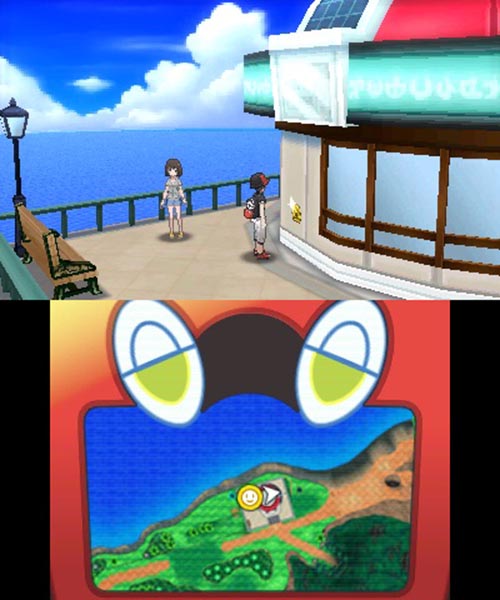 The story of Pokémon Ultra Sun & Ultra Moon is considerably beefed up, not only in content, but in the sheer likability of so many of the characters. These characters don’t have new personalities, but they’re believably fleshed out now, and don’t feel like the empty caricatures they were in Sun & Moon. Hau and Gladion in particular have really stepped up their game and I came out of Ultra Moon liking both of them immensely more than almost any other characters in the entire Pokémon series. I also need to mention Team Skull — while they’re still in-your-face and unforgiving about it, their place in the game feels more natural and less goofy, with Guzma becoming a more relatable antagonist throughout the course of the story.

The story itself has expanded greatly to include much more information about the Ultra Beasts and the world they come from, and the game really benefits from the deeper dive into their lore. No longer are they relegated to being mysterious creatures appearing from mysterious holes with nothing more to them. They have a more solid place in the lore now, thanks to what is ultimately a weak explanation, but an explanation nonetheless. Elsewhere, there are other changes to, and outright removal of, significant story beats in the late game. I’ll be the first to argue that the game is better off for it — I didn’t miss any of them one bit. Each new element of the story feels like it should have been there all along, fitting in perfect sync with the pieces that were left alone. 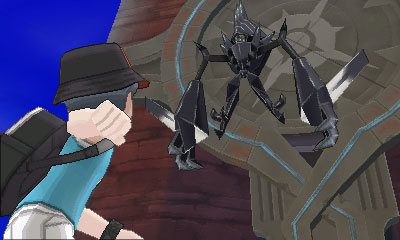 Ultra Sun & Ultra Moon also introduce a few new areas to Alola, from small areas dotted around as resting places for new Z-crystals, to expanded areas, like new beaches on each island that serve as a home for Mantine Surf. Another new area that was heavily advertised was the brand new Pikachu Valley, a part of Akala Island filled with Pikachu and a strange, Pikachu-themed trailer brimming with endless Pikachu. Disappointingly, Pikachu Valley doesn’t have much to offer — just a few Pikachu-themed clothes and two event specific gifts: a special Z-Crystal for Ash Hat Pikachu, and a Partner Cap Pikachu obtained by scanning a special QR Code.

There’s also new content post-game as well, with the main piece being the Team Rainbow Rocket storyline. Heavily advertised before the game launched, Team Rainbow Rocket is a team made of all of the villainous leaders from past games in the franchise, pulled together by Giovanni and bent on taking over the world. In theory, this is a great hit of nostalgia for fans, bringing Giovanni back after so many years caught many of us by surprise; however, the circumstances by which the villains were brought together feels shoehorned in simply for the sake of nostalgia. It’s a great trip down memory lane and filled with tough battles against past antagonists, but it left me wanting more. 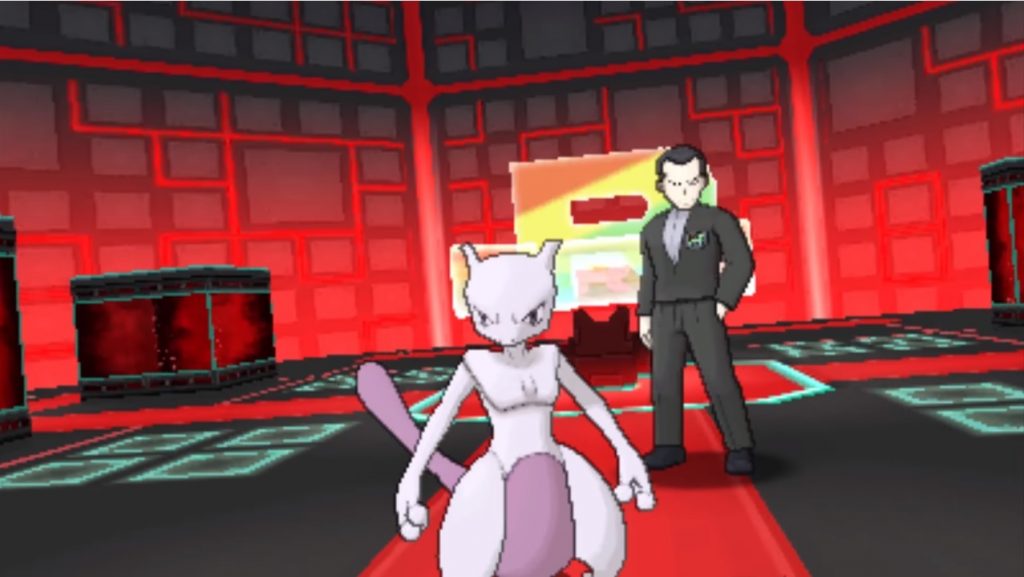 There are also a few minigames new to the series in Ultra Sun & Ultra Moon. Mantine is a new Ride Pokémon, granting you access to the new minigame, Mantine Surf. Mantine Surf is a small addition, but it’s an absolute blast, thanks to successful execution. Made to give you something to do while traveling between islands, you surf atop a Mantine, speeding up and down waves and jumping off of them to perform tricks for points. Gather enough points, and you hit the top of the leader board for the island you departed from. Hitting the top of all four of Alola’s leaderboards will enable you to receive a special gift Pokémon hasn’t seen since the days of Pokémon Yellow.

Ultra Warp Ride is the second all new minigame introduced in the game. Unlocked later on, this mode allows you to ride atop Solgaleo or Lunala through an Ultra Wormhole in order to find rare Pokémon. Barreling through the wormhole, you can collect “energy orbs” to pick up speed and aim for further and further wormholes to come out of, bringing you somewhere in the Ultra Space Wilds to encounter Pokémon not found in Alola, including Legendary Pokémon. Ultra Warp Ride isn’t just fun for the sake of fun; it allows you to have fun while hunting for nearly every Legendary Pokémon from the past games. Not to mention, the further you go in the wormhole, the more likely it is that you’ll find a Shiny Pokémon, making shiny hunting the most fun it’s ever been. 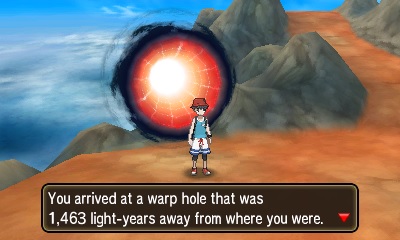 Ultimately, Ultra Sun & Ultra Moon felt like harder games overall than their predecessors. Battles against the Totem Pokémon definitely required a bit more finesse and strategy this time around, and definitely felt more frustrating to conquer than they were before. Most story-related Trainer battles, including those against each Kahuna, also had a higher feeling of difficulty, which I appreciated, as it made the Island Challenge feel more legitimate in the gymless world of Alola. There’s one new trial included in the Island Challenge, near the end of the game, and it was one of my favorite new additions. I don’t want to spoil anything, but I will say this: It definitely gave me that old-school, gym badge collecting feeling.

Newcomers to the series looking to rush through are going to have a tough time of it, and may get frustrated when they have to turn back to train their Pokémon in order to proceed. As always, Pokémon rewards players who take their time to turn over every stone looking for items and Trainers to conquer, and veterans shouldn’t have too difficult of a time succeeding in their Island Challenge while still feeling satisfied from the difficulty. 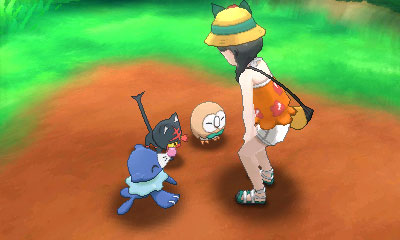 Outside of the things I mention above and a few really late game surprises, things in Alola are largely the same. All your favorite characters are still there, there are no new Alolan Forms to speak of and the Island Challenge is still very much intact. In the grand scheme of things, you’re still in Alola, plain and simple. If you enjoyed your adventure last year, and aren’t a die hard Pokémon fan, you can feel comfortable skipping this entry for now. If you passed on Sun & Moon last year but want to take a trip to Alola, or if you’re just itching for more Pokémon and want to see some fan favorite characters fleshed out and taking part in an arguably superior story, then Pokémon Ultra Sun & Ultra Moon should be on your wish list this holiday season. 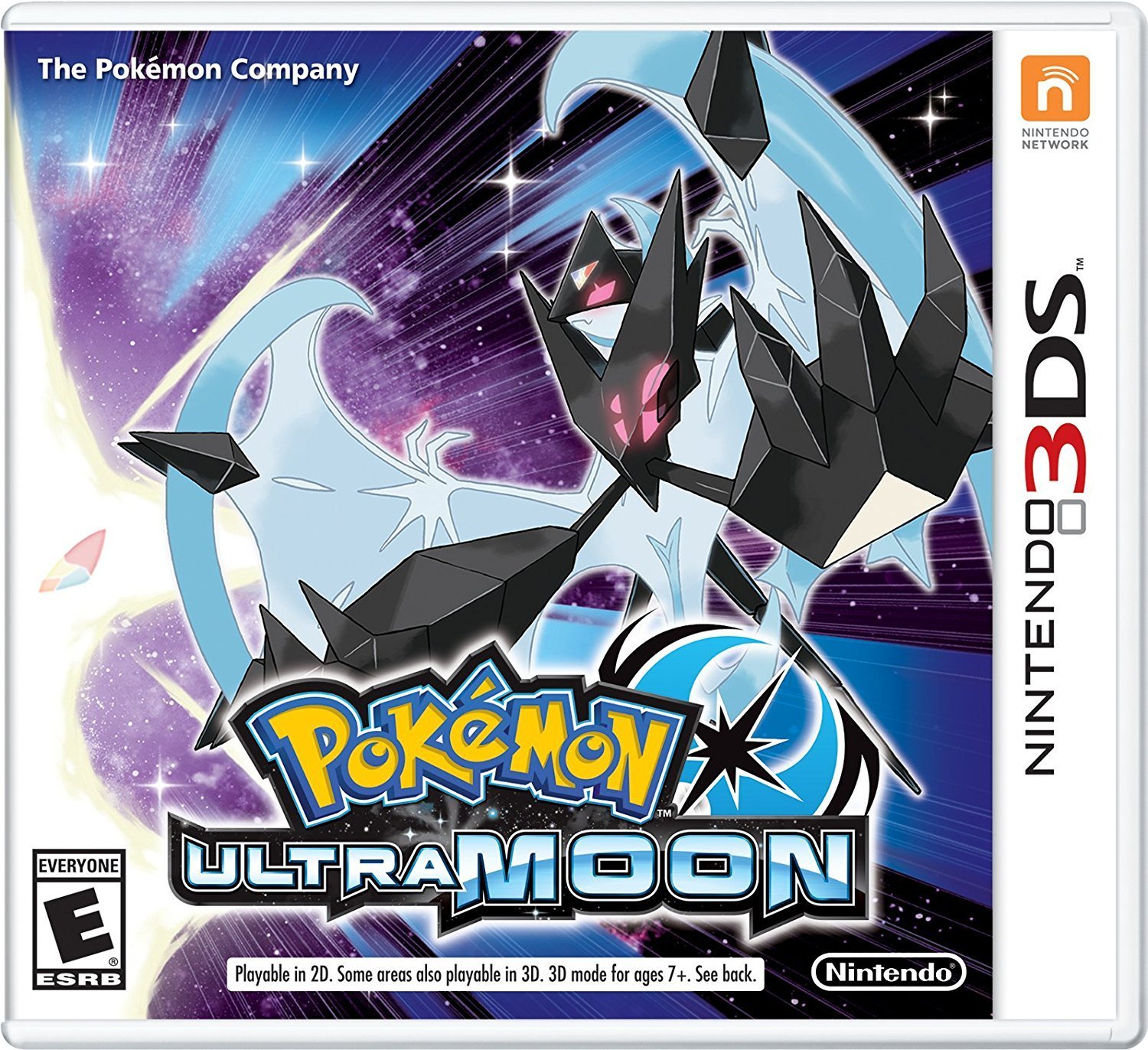