The Game Boy Advance had some real standout games across the board, and its RPG collection was top-notch. Multiple Pokémon and Fire Emblem games, Mother 3, both Golden Suns: it was almost too good to be true. But even within those there was a special little game starring a couple of plumbers in a strange new place that managed to stand out. Mario & Luigi: Superstar Saga grew off of earlier Mario RPGs and refocused on outright humorous and offbeat dialogue, as well as combat that was simple, yet rewarding. It became one of my favorites instantly, to the point of playing through it multiple times on the system.

Several years later, and the Mario & Luigi games have dipped in quality here and there. Never outright “bad” and with gameplay and writing that’s remained consistent, it’s just seemed like the same standard in terms of world building and story haven’t been met. Maybe I’m just stuck on my first vacation out of the Mushroom Kingdom, but I jumped at the chance to pack my suitcase and give a return trip to Mario & Luigi: Superstar Saga + Bowser’s Minions. It may not be exactly as I remembered and there’s a new attraction to try out, but past the new coat of paint is the same core game I laughed my way through back in 2003.

A vacation worth booking

You’ll be put in control of Mario and Luigi at the same time, leading them around in a line and performing actions together. Areas will often involve puzzles for a growing lineup of abilities, letting you jump, hammer and more in unique ways. The use of these abilities is fine, though it can be bothersome to toggle through them. Unlike the original version, there isn’t a button to switch who’s the leader, meaning it takes a lot of shuffling of the L and R buttons to pick a skill. There are touch screen controls to quick select though, alleviating that issue if you’re willing to tap. 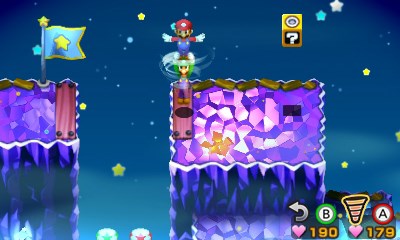 Combat’s satisfying, building off of the action commands and timed hits of its RPG predecessors. By pressing buttons at the right times, you get extra damage or added effects, supplemented by a wide variety of gear. For some extra star power you can turn to Bros. Attacks to get the job done. As you learn new skills outside of battle you also gain the ability to use them in battle, with flashy and damaging moves that have Mario and Luigi working together. Unlike later Mario & Luigi games, these moves were short and sweet, and tied to your growing arsenal of skills. That kind of integration always felt stronger to me than randomly acquired items, and I wish the series would look to them for inspiration going forward.

The game is full of charm and unique characters, even compared to other Mario RPG games. The duo of villains, Cackletta and Fawful, are both uniquely written and designed, and they complement each other well. The Beanbean Kingdom itself is the real star of the show here, being clear and distinct from the Mushroom Kingdom and offering plenty of sights for the Bros. to take in. The humor motif is used well, putting smiles and laughter all over the game both to unify otherwise distinct environments and to even make enemies more off-putting at times. It all comes together to make everything feel foreign from Mario & Luigi’s perspective and serves as some of the best worldbuilding in the series. 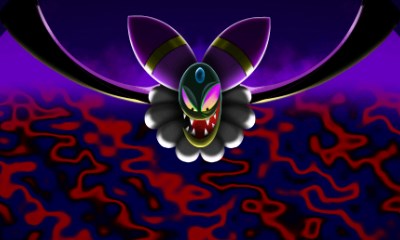 Not quite as you may’ve remembered it

For anyone who has experience with Mario & Luigi, the game’s story remains nearly identical to the GBA original, with only a few changes here and there. The same can be said for the writing, keeping all of the trademark humor intact, and even streamlining action and dialogue at times. Forced tutorials aren’t as bad as they used to be, with a Guide system offering explanations via optional menus instead. The presentation has been heightened for battle effects, which along with stat adjustments and other combat conveniences make the game’s frequent fights enjoyable throughout.

The shift from sprites to 3D models is a mixed bag. The polish is great, but a big part of what made the first Mario & Luigi game distinct to me were the detailed, and at times, hilarious pixels. There’s nothing wrong with the models on their own, and the design style unifies the game with its fellow 3DS entries, but I can’t help but feel something special was lost in the transition. 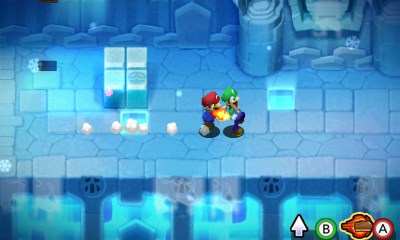 Those sentiments may come from a personal perspective — but more objectively speaking, some NPCs have had their looks changed, and a certain Super Mario RPG cameo’s been removed. Character models are more consistent in their scaling and proportions, with Bowser looking less squashed in particular.

As for gameplay itself, I didn’t have a problem with the streamlining and tweaks made to battling and explanations, but the environments, at times, feel much larger and emptier than back on the GBA. The gameplay improvements made the experience a good one, but when it comes to the look and personality of one of Mario & Luigi’s most unique adventures, I lean more towards the original.

A little side trip to keep things fresh

Entirely new to this package is the Bowser’s Minions mode, Minion Quest. Here, you’ll get an all new side story and plenty more fun dialogue to enjoy. This serves as something of an interquel to the game itself, happening behind the scenes as the scattered members of the Koopa Troop try to reunite, find Lord Bowser and take on mind controlled allies. Whether you like him or not, Fawful has an increased amount of prominence here, as do the Koopalings.

Our hero here is Captain Goomba, an excitable little idiot with courage and loyalty to spare. It’s a fun contrast to the vaguely Italian sounding gibberish speaking Mario Bros., giving a character usually seen as nothing but a minor hindrance the spotlight and making them a paragon of dedication and stupidity — you know, in a good way. You’ll also recruit captains of other enemy types such as a Shy Guy and Koopa, giving more personalities and possibilities in battle. 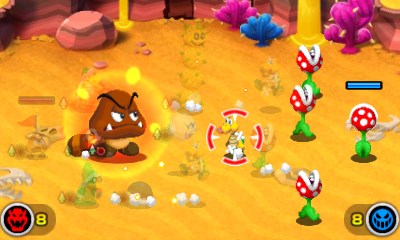 As fun as the story on fold here is, the gameplay is a little hands-off and unengaging. You gather up familiar Mario enemies like Boos, Bob-ombs and more and put them into a squad. Special ones of these types can serve as team captain, and once you’ve settled on the lineup you send them off into battle. You don’t fully control these fights, but rather watch them fight each other automatically with the occasional timed button press for a special attack. There are also captain skills you can perform with the D-pad, allowing you to react to a given situation and turn the battle in your favor.

In time, more nuance came to these battles, with different minions having different advantages over others and more captain skills being unlocked. There was enough here to keep me interested, though compared to the core story it’s just not as fun to play. As a free extra though, it’s worth giving some time to if you need a break from the Bros. I wouldn’t be surprised if any potential Mario & Luigi remakes keep this as a featured mode or if a followup finds its way to the eShop, so I’m hopeful to see it grow, if only to give these characters another go.

Memories are the best souvenirs

Mario & Luigi Superstar Saga is a trip worth taking. This vacation to the Beanbean Kingdom was one of the Bros.’ most entertaining as both a story and a game. The laughs are sure to draw you in, and you’ll want to stay for the fun battles and the tour through one of the series’ best locations. On its own, it doesn’t reach the heights of the GBA original in the charm department, but the gameplay refinements and updated visual style make it perfect for those who want an excuse to relive that joy or experience it for the first time. Minions Quest is worth a go as well, complementing the main game, even if it falls short when it comes to engagement. Separated from its lineage, Mario & Luigi Superstar Saga + Bowser’s Minions is a game any 3DS owner should consider, and when it comes down to it, every Mario fan’s passport needs a stamp from the Beanbean Kingdom. 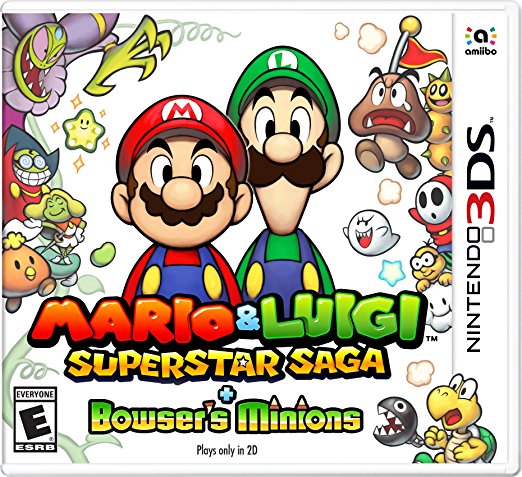