The Professor Layton series has been around for a decade now, and I’m surprised at how singularly unique it’s managed to be in all that time. I’ve enjoyed it since the initial entry back on DS, so when I heard that it was breaking out of its long latency in a brand new game starring the good professor’s daughter, I was immediately excited and intrigued: Did the conniving collection of conundrums have the same simple appeal following the space of a few years?

After playing through the adventures of Katrielle Layton and her cohorts, I was pleased to find that the same sense of puzzling fun had remained mostly intact — though this excursion was not without its share of hiccups. While far from the series’ strongest entry, Layton’s Mystery Journey had enough potent puzzles to keep me satisfied.

The game, as mentioned, stars Hershel Layton’s bubbly daughter Katrielle, as she begins a detective agency in order to track down clues in her search for her currently missing father. Joining her on her quest is her smitten assistant Ernest Greeves and an amnesiac talking dog she dubs Sherl O.C. Kholmes. (Kat’s creativity is perhaps not her strongest suit, it would seem.) Together, the three of them solve various London capers, many of which revolve around a cadre of the city’s wealthiest known as “The Seven Dragons.”

Rather than go for the central, contained plots of its predecessors, Mystery Journey opts for episodic affairs — everything to investigating the disappearance of one of Elizabeth Tower’s clock hands to finding a lost pet. Clearly designed for a mobile format in mind (the game was first released on iOS and Android back in July), the various bite-sized cases seem like they’d work well for the mystery genre the game adopts, but most are too short to really get invested in. While I appreciate the thought, I would’ve preferred a few less cases that were a bit longer or more intensive. As they stand now the format isn’t terrible, but they feel just a little too brief to make much of an impression.

The plot as a whole could best be described as “suspect.” Several of the questions posed at the beginning — what happened to Katrielle’s father, what her backstory is, why Sherl is a talking dog — are not resolved by the end, and in fact are barely addressed at all. There isn’t much of an overarching plot to speak of, save for some loose connections that result in a somewhat tangled conclusion. While the last case attempts to tie certain aspects of the others’ together, it ends up feeling a bit more laughable and contrived than anything else (though, to be fair, you could say this about almost all Layton climaxes). There were some decent moments, but the excessive fluff and lack of clear direction make it all feel somewhat aimless.

That said, Katrielle herself is a wonderful protagonist, and almost single-handedly keeps the rest of the story afloat. As opposed to her reserved, almost aloof father, Katrielle is a much more emotional and gut-based detective, offering a nice contrast to previous games. While she operates on hunches and intuition much more than careful deduction — something she’s called out on multiple times — she always manages to pull it together in the end, and does so with a little pizzaz. While the supporting cast is somewhat weak in turn (save for Emiliana Perfetti, a criminal profiler whose more calculated approach makes for a decent frenemy dynamic), Katrielle made the game much more enjoyable than it might’ve been otherwise, and is charming enough to make me forgive several of the plot’s other faults.

The overall style of Layton games has always been the series’ strong suit — from the cartoonish and exaggerated designs of the characters to the contemplative and plodding soundtrack, all wrapped up in an atmosphere that feels simultaneously comfy and full of mystique. Mystery Journey keeps much of that same appeal intact, effectively preserving the same style and assets of the previous 3DS Layton games, though I would say the style has been tempered out a little.

While the soundtrack has a distinct lack of accordions at times, and the palette has lost some of its vintage brown sheen, the core Layton aesthetic is still there and it makes for a pleasant and inviting time. Complementing this is a greater amount of animated cutscenes and voiced lines, though sometimes the former will have some odd performances due to lip-locking.

One of the game’s more minor features ended up being one of my favorite aspects: the wardrobe. By collecting Fashion Farthings, you can purchase outfits for Katrielle to wear, and they all look exceedingly dapper. Unlocking an outfit will also get you an extra puzzle to play, which is small but nice. While undoubtedly a minor feature, the ability to swap clothes helped provide some variety, and customization is rarely (if ever) a bad thing in games.

The core of any Layton game is, of course, the puzzles. This entry has more than the usual faire, with a whopping 170 to be found in the main story alone, and a total of 185 through challenges — the most in any Layton game so far. And the vast majority of them will provide the same brain-tickling fun of previous games. Nothing much has been changed in the way puzzles are handled themselves, but the sheer quantity of them is very nice indeed.

That said, there was a particular strain of puzzle that felt more prevalent than in previous entries: trick questions. There were maybe a couple dozen puzzles that didn’t so much test one’s intellect as their ability to read the instruction exceedingly carefully, and there were a couple that were so out there that I felt more frustrated than anything. What’s more, some of them have poor wording in their directions, to the point that the solution seemed almost illogical in nature. While every Layton has had a few puzzles of this type, they seemed far more common here, to the point that it got somewhat grating after awhile, even though they were obviously a minority.

Every Layton game has a selection of briefcase minigames to complete as you go along in the game, and Mystery Journey is no exception. The Ideal Meal game has you choosing food for characters based on their tastes; the Passers Buy game has you set out fashion accessories in an explicit pattern to entice customers, and Hound in the Pound has you guide Sherl to a goal in a certain number of moves. Of the three, Passers Buy was my favorite, though they were all enjoyable (even if Ideal Meal was occasionally too cryptic and relied on trial and error).

Truth is Stranger than Fiction

In the end, Layton’s Mystery Journey is enough of a departure from its predecessors to feel fresh (especially with the latency in the series as of late) while still being faithful to its roots. It bungles its episodic nature a little, yet it still pulls the same convoluted twists and ridiculous reveals at the end of the day, which continues to make me laugh at the ludicrousness.

The game has a total of 12 cases with about 15 puzzles each. I clocked in about 25 hours for the game, which is a tad more than I usually spend on Layton games, so there’s plenty of content to sink your teeth into. Just don’t feel too surprised if it feels a little hollow at the end.

Layton’s Mystery Journey is full of very obvious sequel hooks, and I hope that a sequel does come to answer the questions actually posed in the story, but as it stands, the game does a serviceable job. It won’t knock your socks off, but it won’t leave you terribly woebegone either. 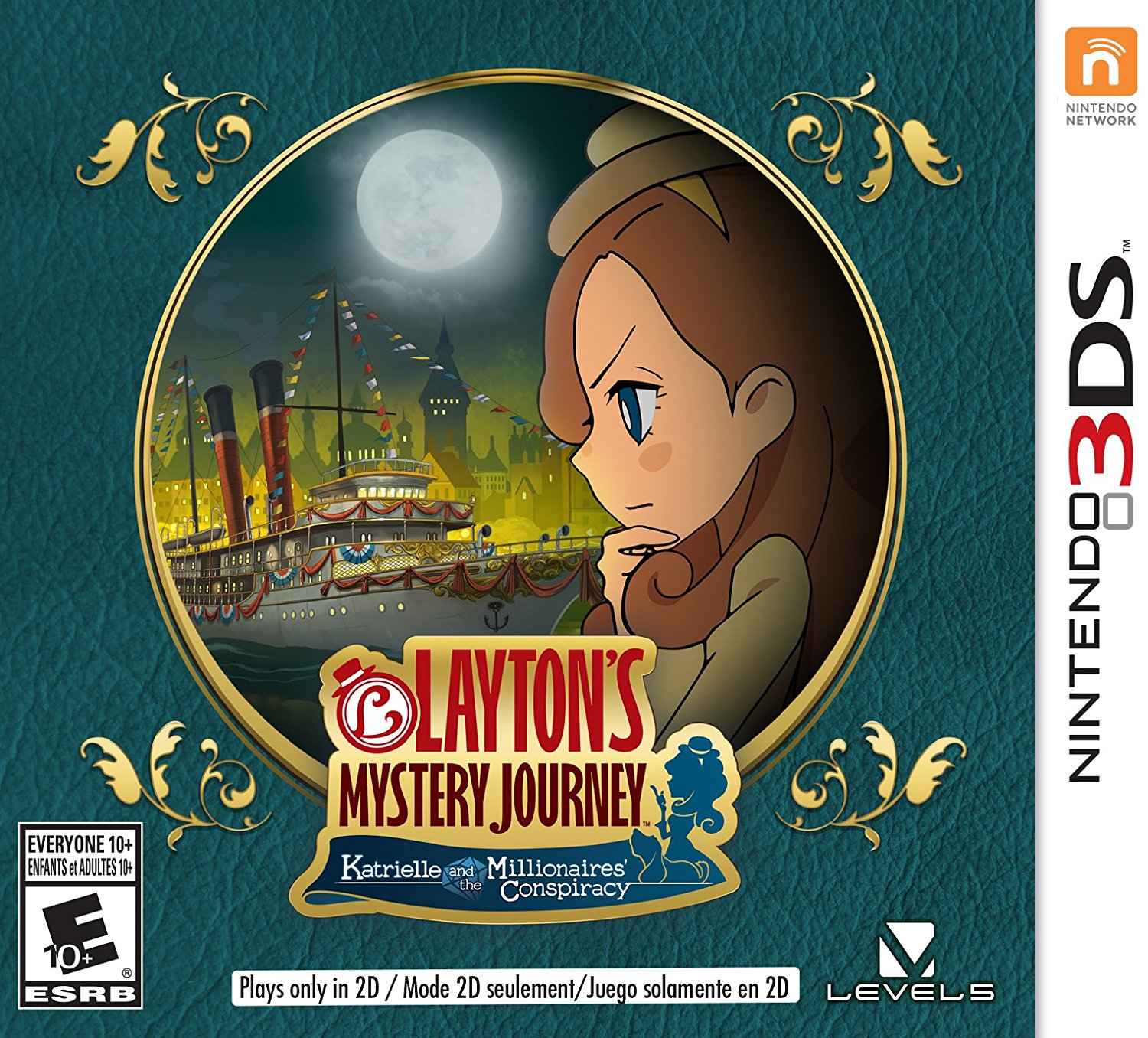