Just over a month to go now til Pokémon trainers the world over will be returning to Alola in the imminent Ultra Sun & Ultra Moon. If you’re hungry for more info, CoroCoro’s latest issue has started leaking and thanks to Serebii we have some new information regarding various Z-moves and changes to the Rotom Pokédex.

Both of Necrozma’s new forms will be getting unique Z-Moves, with the Solgaleo-themed Dusk Mane Necrozma turning Sunsteel Strike into “Sunshine Smasher” while the Lunala-based Dawn Wings Necrozma is able to make Moongeist Beam become “Moonlight Blaster.” Both Solgaleo and Lunala can now use these Z-moves, too. 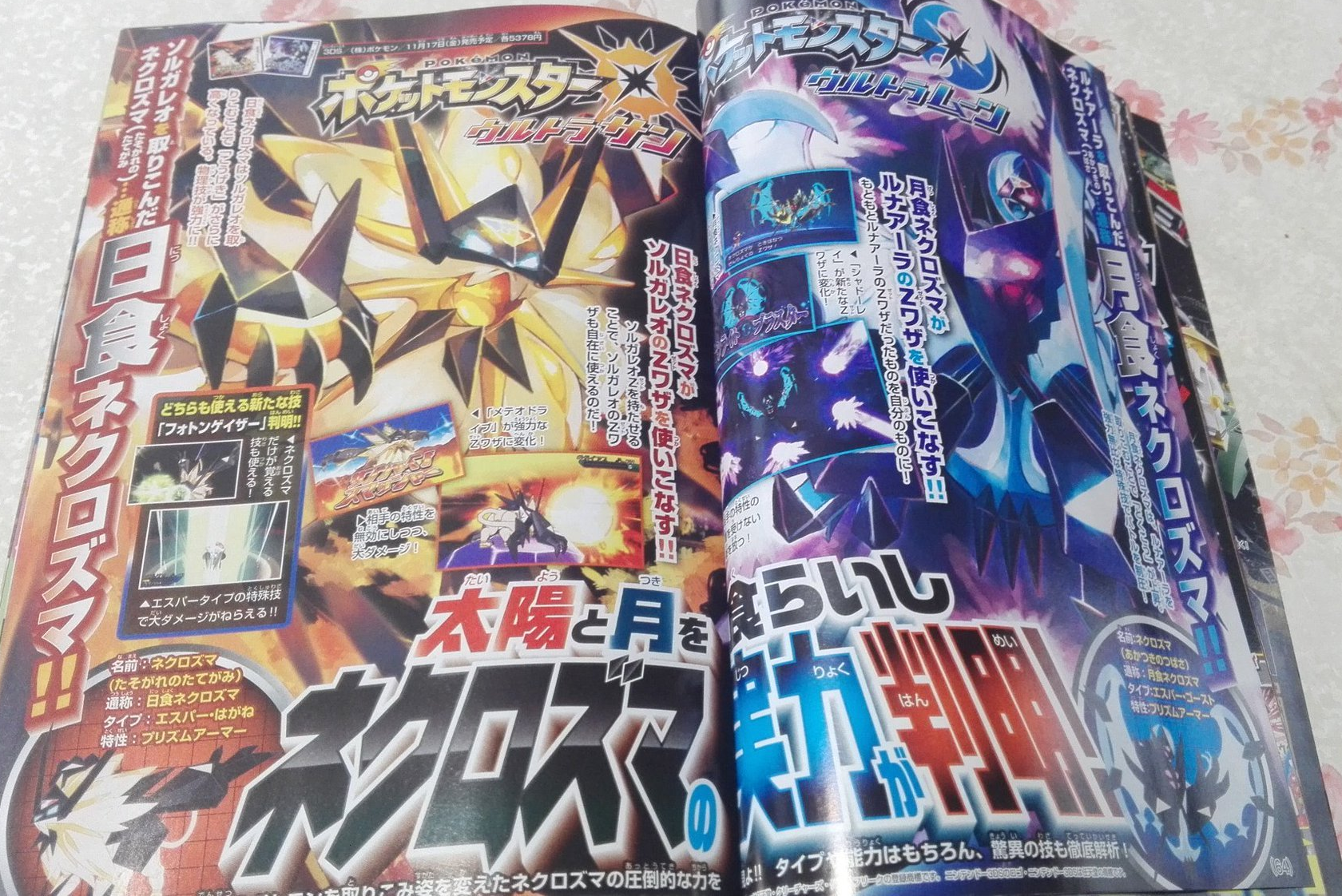 It’s also confirmed that both Necrozma forms have the ability Prism Armor and Dusk Mane Necrozma has a new move called Photon Geyser.

On the subject of Z-moves, it’s revealed that the Rotom Pokédex will allow you to use two Z-moves in one battle so long as you build up your “compatibility” with the companion Pokémon. This will be done though various new interactions, like answering questions. The Rotom Pokédex will also help you get items and powers with the enigmatic new “Rotopon” feature. 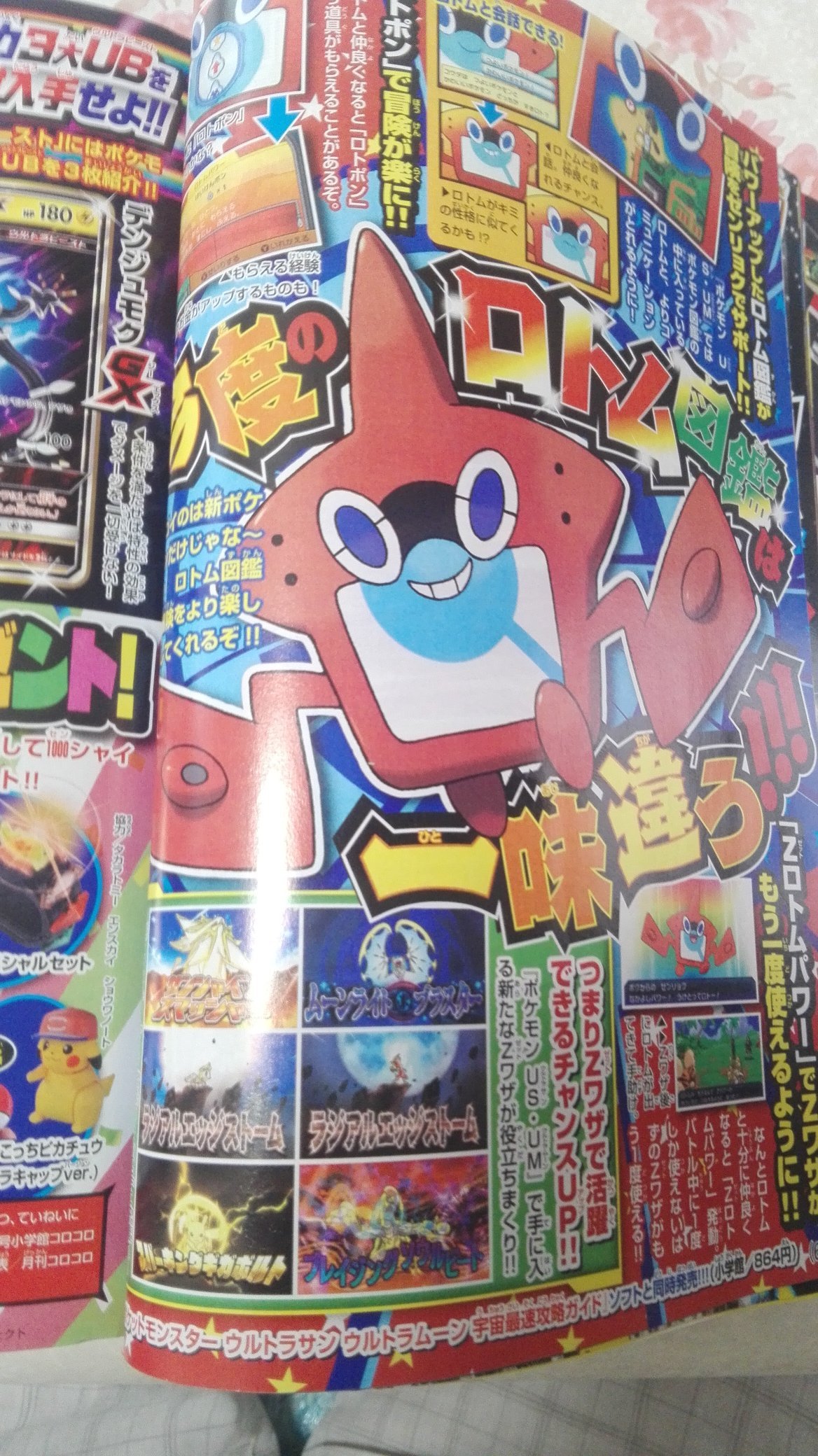