Culdcept Revolt deals out all you need to learn the game

I’ve put a lot of time into card and board games throughout my life. They thrive on the elements of skill and luck, giving an edge to those willing to prepare for the former and brave enough to tempt the latter. They aren’t always perfect and the balance can easily tip towards one end over the other, while also risking falling into the trap of overly convoluted rules. Culdcept Revolt, the latest in a 20 year lineage of titles, manages to avoid those trappings to offer up a satisfying and rewarding game within the game that reminded me just how invested you can get in rolling dice, drawing cards and coming out on top.

Getting into the groove

It does take time to get a full grasp and develop a strategy that feels fully yours, with the game teaching and introducing you to mechanics over the course of its story mode. You’ll start up as an amnesic hero (that you’re free to name), though the true choice is in which book (meaning deck) of cards you’ll want to begin the game with. The two options available are Earth & Fire and Air & Water, the four elements of cards and spaces you’ll be encountering. The game encourages you not to stress the decision too much, though I’d say Earth & Fire are more beginner-friendly. Its creatures, arguably the most important cards you’ll have, are more straightforward, with on average higher stats and easier to understand effects. The Air & Water set is a bit more ability-focused, with “weaker” creatures that can neutralize attacks against them or utilize unique elements beyond the Monopoly-like base of claiming spaces and collecting tolls from those who land on them. 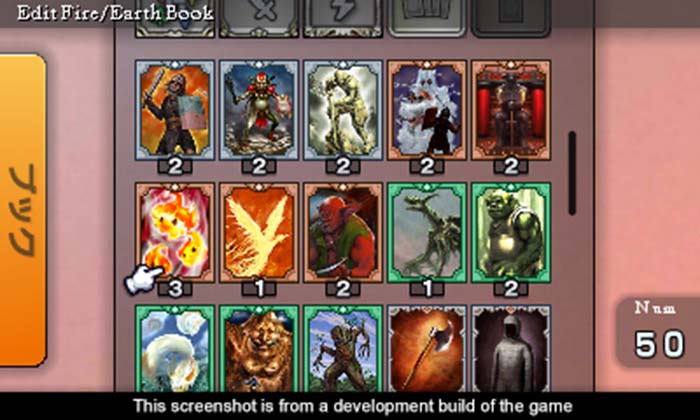 That being said, I went with the Air & Water book and was pleased to see just how easily all the moving parts came together. The game has plenty of tutorial and information resources available, both overtly with its UI and within menus. Their presence is welcome, but the story mode’s tutorial was actually welcome and illuminating about the game’s flow, and basic strategies came clearly based off of the cards’ text alone. All of this is presented alongside a narrative about finding your place in the world and standing up against oppression — relatable themes that played host to well done character illustrations and even supplementary missions to learn more about what could have otherwise been simple AI opponents.

Making it your own

The amount of freedom it offers you in creating your own, custom books and strategies is huge with the hundreds of cards available. Some of these are quest rewards, unlocked by completing story chapters, but the majority are all random draws from defined packs. My advice is to wait until you unlock the Standard pack, as the earlier economy doesn’t offer nearly as many options and variety. It takes buying a handful of packs and a decent amount of luck to get what you want or need, but there’s just something addicting about opening up your cards and seeing what you’ve got. It even led to altered and new strategies as my library of available creatures and spells increased, though I’ll admit that I still became frustrated when I didn’t get what I was after. It’ll take patience and dedication to get everything you may want, though more specialized and varied pack varieties become available to make things easier, such as ones that are only Earth & Fire based cards or late game ones with rarer cards for a higher cost. 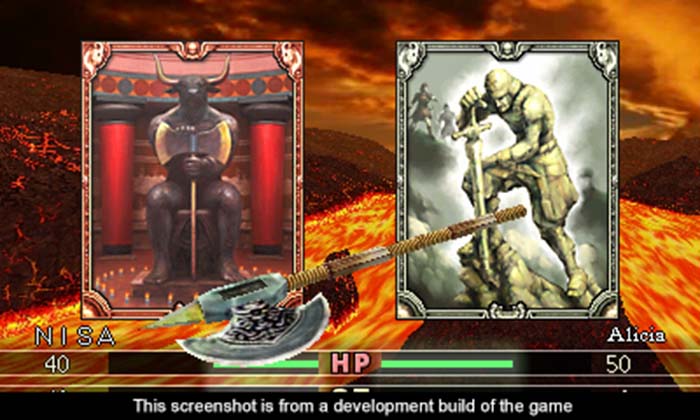 All of this is bolstered by the art in the game. I already touched on the character art and portraits, but the (admittedly simple in motion) sprites are great as well. Creature sprites don’t reach the same level of detail, though with how cluttered a board can get after a few turns of summoning them, their simplicity makes sense. The best example of art done well, however, is the card art itself, all of which is unified in style and shows off a wide variety of mythological creatures, weapons and magic. The presentation gets a boost with spoken lines for each of the cards, a feature I was surprised by but ended up enjoying.

The biggest stumbles from the game come from how slow things can be. Playing through the tutorial took me a while, and even though I was learning plenty, it wasn’t done at a pace I’d personally call “player friendly.” Waiting through turns can be a drag, though it’s a necessary part of the game’s design to see what your opponents are doing. Lastly, there’s the slowdown that’s inherent to you trying to get a card you’re after, which can take several pack purchases what with it being random draw. 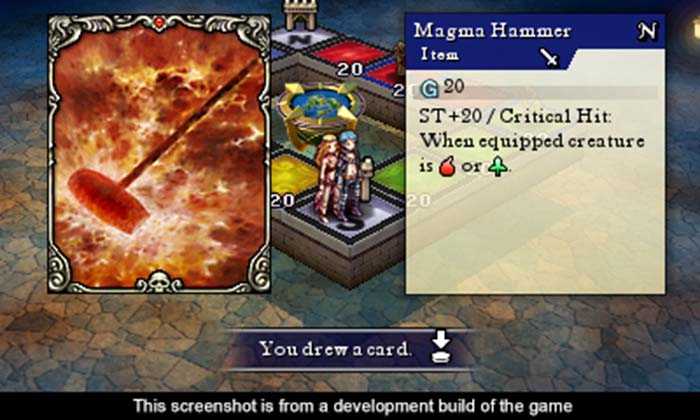 These aren’t flaws limited to Culdcept, mind you, but to these games within it in general. With that in mind, Culdcept Revolt stands out as an example of a video card game done well. Maybe it’s a perfect storm of my own personal interests and tastes, but I couldn’t stop taking on opponents to gain in-game currency to keep trying to build my deck. Since the game’s been out for quite a while in Japan, plenty of resources are available online to help with strategies, card lists and more. With everything Culdcept and its existing fan base have put together, you won’t be going alone when it comes to making your own mark across the game’s story and, for those brave enough, online.