The My Nintendo Rewards section received a big update today. It’s been quite some time since a full game has been available in exchange for Gold Points, so Nintendo made sure we had four options to pick from.

We’re sad to report that the Switch rewards button is still grayed out, but that doesn’t mean there aren’t a few options worth your consideration. Celebrating indie games, there are two titles available on the Wii U and two on the 3DS. Behold! 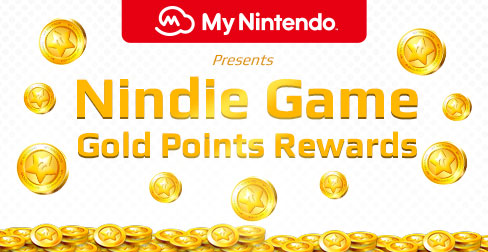 BIT.TRIP Presents… Runner2: Future Legend of Rhythm Alien (Wii U) costs 90 Gold Points, Super Little Acorns 3D Turbo (Nintendo 3DS) is 60 Gold Points and Art of Balance (Wii U) costs 70 Gold Points. These three titles will be available as rewards until November 27th at 8:00 a.m. PT. Zen Pinball™ 3D (Nintendo 3DS) is the cheapest of the bunch, costing 50 Gold Points. It will be offered in the My Nintendo Rewards catalogue a tad longer, leaving the site on December 27th at 8:00 a.m. PT.

If you still need to burn a few points on your account, a few other goodies were added over the weekend. Pokkén Tournament DX and Dragon Ball Xenoverse 2 received some wallpapers for desktop and mobile devices. To celebrate the big Pokémon releases on Friday, the following Pokémon games have discounts available for the right amount of Gold or Platinum Points: Pokémon Pinball: Ruby & Sapphire (Wii U), Pokémon Puzzle Challenge (3DS) and PokéPark Wii: Pikachu’s Adventure (Wii U).

We can’t stress this enough: Go cash in for BIT.TRIP Presents… Runner2: Future Legend of Rhythm Alien if you still have your Wii U. It’s a must-play!

This is a great start to what will be coming to My Nintendo Rewards.