As a lifelong gamer, I’ve always been kind of lukewarm in regards to Monster Hunter. Its premise is fighting giant monsters with extremely rad weapons — a concept you’d think every person would love. I’ve tried time and again to get into this series, but I just couldn’t do it, until Capcom came along with something truly enticing. It was Monster Hunter, but it was wrapped up in adorable design, a brand new premise and, most importantly, it was a RPG. I’ve been very impatiently looking forward to Monster Hunter Stories since it was announced back in 2015, and now that I’ve finally gotten my hands on it, I’m not disappointed.

How to Train Your Rathalos

One year after a deadly Nargacuga attack in Hakum Village, your journey through the world of Monster Hunter Stories begins. Starting out as a fledgling Rider just hatching his first Monstie — a cringe-inducing term meaning monster-bestie — you will traverse the world of Monster Hunter, collecting eggs and hatching them in order to raise these Monsties and fight alongside them to defeat a mysterious threat known only as the Black Blight. As a young Rider you will venture out of your small village into a world full of Hunters, learning about the world and showing Hunters that their way of life is not the only way. This spinoff from the classic formula is a welcome addition to the Monster Hunter series, one that appeals to a wider audience as a perfect gateway into the more complex world of Monster Hunter. 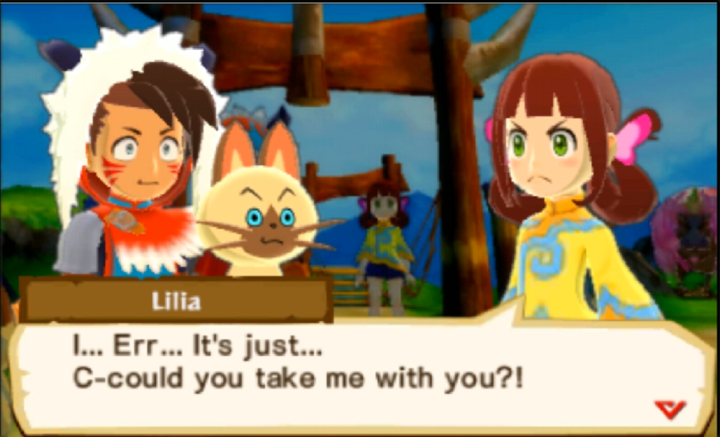 The story is handled through a series of quests, often sending you to a location to take down a specific monster or gather up X number of a certain item. Occasionally, you’ll have to use one of your Monsties’ abilities to help clear pathways or something similar, but for the most part, the questing is simple and repetitive. Sub-Quests are no different; instead of advancing the story though, you’ll collect a reward in the form of money and items. Early on, I was accepting every Sub-Quest I could, since it’s easy to complete a majority of them by just playing through the game. At a certain point, you’ll hit a maximum number of active Sub-Quests, requiring you to complete or abandon an older one in order to accept another. This limit is never mentioned until you hit it though, which should be about a third of the way through the game, if you’re accepting every Sub-Quest you come across and completing a few in between every story quest.

There are also special Forge Quests, which should be at least somewhat familiar to Monster Hunter veterans. These Forge Quests allow you to use materials gathered from slain monsters to craft new weapons and armor themed to whichever monster parts you used. Wearing the armor crafted from a certain monsters also allows you a Synergy Bonus when fighting along a monster of the same species. Forge Quests have been one of my favorite parts of the game, so much so that each time I defeated a new monster I eagerly ran to the Smith to see what the corresponding armor would look like. The ability to customize the color of each new set of armor really adds another personal touch to your character, not to mention the Synergy Bonuses are a great way to feel close to your Monsties. 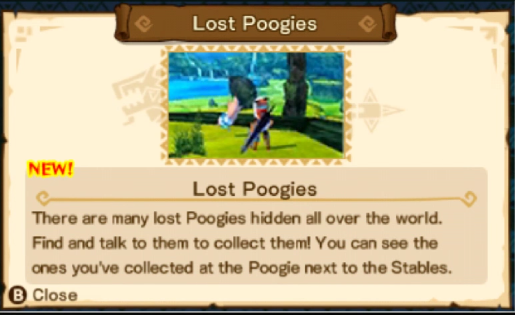 On the surface, the turn-based battle system in Monster Hunter Stories is easy enough to understand, with its simple rock-paper-scissors dynamic, though Monster Hunter fans looking for deeper mechanics should be satisfied. Stories is chock-full of over 100 monsters with familiar attacks, strengths and weaknesses — not to mention several of the monsters are just as susceptible to the hidden item uses and tricks that Monster Hunter veterans likely already have ingrained in their memories.

Outside of the Speed-Attack-Technical attack triangle, there are also special abilities to be used by both Rider and Monstie, all of which draw from the Kinship Gauge. Winning head-to-head match-ups will fill this gauge, and once it’s full, your Rider can hop on their Monstie for increased damage, and the ability to use a special Kinship attack. The mechanics get even deeper when you figure in the ability to truly customize each Monstie that you hatch using the Rite of Channeling. This process allows you to move certain Monsties abilities, classified as “Genes” to a Monstie of your choice, affecting their stats and elemental abilities. 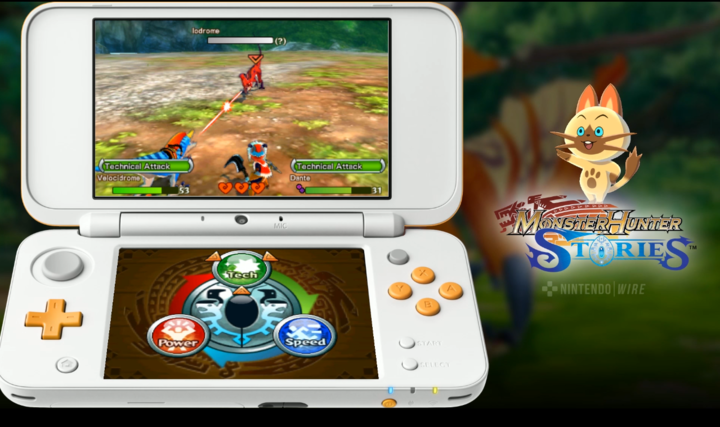 Overall, the battle system is enjoyable. It’s not too random or hands-off like the battling in Yokai Watch, but players don’t have as much control as they would in Pokémon. It’s cheesy, but the feeling of working side-by-side with your Monstie to take down opponents is truly satisfying. There are the occasional frustrating moments when a particularly powerful monster uses an attack that wipes out both you and your Monstie in one hit. Without the game giving newcomers any indication of how to possibly avoid or counter these attacks, it can be a case of time — and item-consuming trial and error. Also, if the length of the battle animations feels too slow, there’s a somewhat hidden way to quicken the pace. Simply press X to ramp the battle up to 2x speed, press it once more to get to 3x speed.

As evidenced above with the cringe-inducing term for your monster partners, Monstie, some of the dialogue and terms in the game fall short of the quality of the overall story, which, thankfully, holds up despite this. Though somewhat generic, the story is still heartwarming and lighthearted; and while it definitely has its darker moments, they’re welcome, and not out of place. Most of the eye-rolling dialogue comes from your Felyne buddy, Navirou, though early on in the game there are some other offending characters who lay it on a little thicker. Dan, who handles your Rider training, can’t resist overusing the word ‘awesome,’ often in all caps, and Hakum Village’s chief, Omna, speaks exclusively in rhyme, which gets on the nerves of even the most tolerant of players. I will admit that, over time, Navirou grew on me, partly because I started ignoring his repetitive mid-battle banter, and partly because I love good puns. Though the world of cat-related puns is small, and Navirou’s dialogue is a near constant presence in Monster Hunter Stories, there’s no denying that he’s a lovable character. 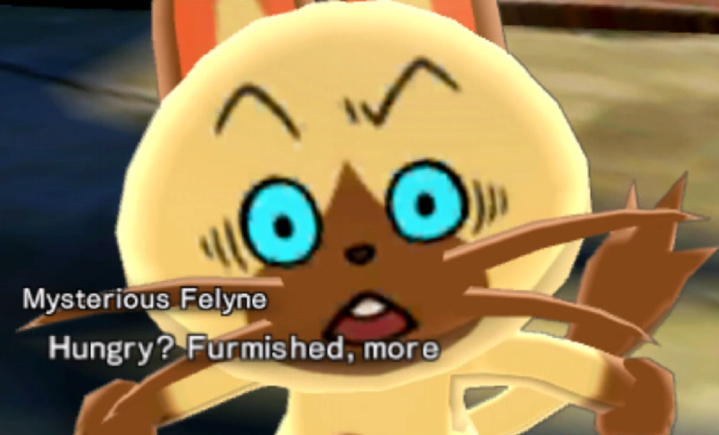 Monster Hunter has never been anywhere nearly as adorable as it is in Monster Hunter Stories. The overhaul is a welcome change-up from the standard theming of Monster Hunter games, and fits well with the lighthearted take on the series. The character design is perfect, and there’s appeal to every option in the character creation. Between that and the plethora of armor options, I felt that I could truly make my Rider my own.

Every character fits perfectly in this world, as does each monster. Capcom found a way for the most fearsome monsters to retain their formidable appearances while matching the lighter themes of the game. The cinematic opening and the CG story cutscene that starts off the game are truly gorgeous, and I wish that the style shown in them had been implemented throughout the game’s other cutscenes, but being able to see the character I created take part in later story-focused cutscenes was a welcome trade-off, especially since they were still smoothly animated and well done. 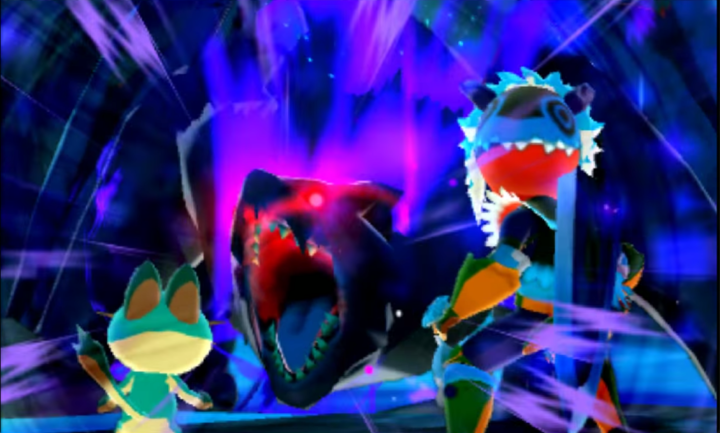 For Riders who aren’t content with traveling the world and battling wild monsters, or just want to get out and really put their Monsties to the test, Network Battle is available for all of their PvP needs. In Network Battle, you can test the skills of you and your Monsties against other Riders fairly easily. Battles work largely the same as they do in the main game, just against another Rider with one rule difference: Riders can’t attack other Riders — only their Monsties.

Overall, Network Battle was able to match me up against other players fairly quickly, and there’s a nice Sticker system that allows you communicate with the other player mid-battle. Battling online against other players is an entirely different ball game, since there aren’t any patterns to learn to easily conquer your opponent. It’s you against another human, and you have no way of knowing how they’ll act. This was frustrating at first, but after getting the hang of it, I was really enjoying myself. There’s no better feeling than winning a closely fought match against another Rider, and that feeling won’t be tarnished even if the other player rage-quits, since the match will still be counted as a win for you, and you’ll still receive the appropriate awards. 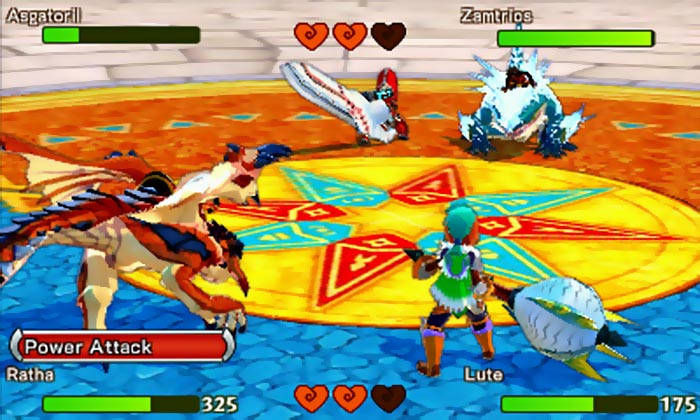 Despite the few flaws I’ve pointed out, I love Monster Hunter Stories. It’s a rare case of being immeasurably excited for the release of a game and having that excitement be entirely justified when the game launches. If I’m being honest, writing this review took me a full day longer than it should have because I kept leaving it to go put more time into the game. Capcom took the soul of a beloved series and implanted it into an entirely different genre, while managing to create one of my favorite games of 2017. This was my first full visit to Monster Hunter’s world, and I’d really like to stay awhile. Hopefully Monster Hunter Stories will continue alongside the traditional series, because I’m not sure I’ll ever be ready to say goodbye. 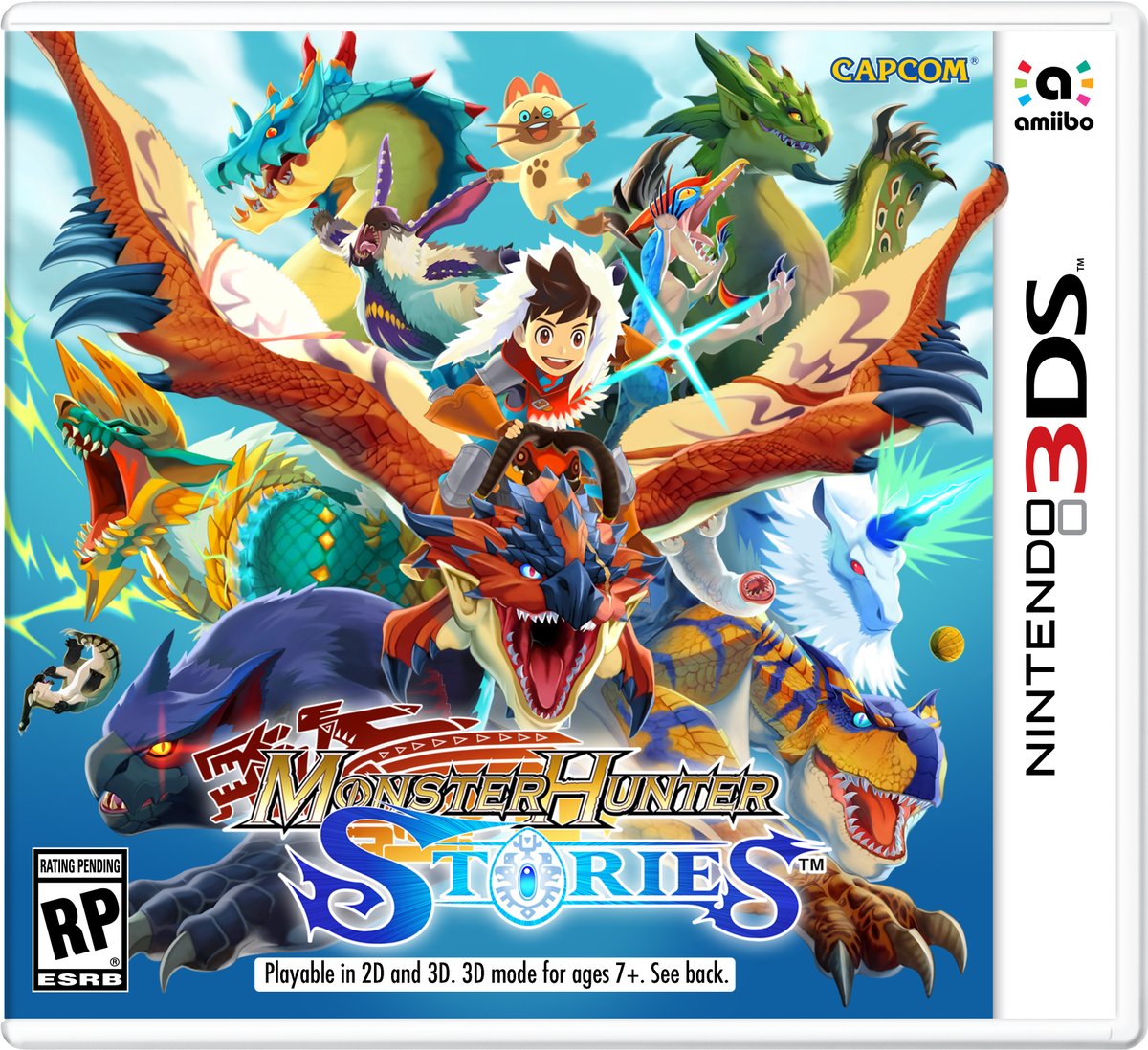