The World of Pokémon comes to Discord (sort of)

Welcome to the world of Discord and PokéWorld’s text based adventure. Crafted by Bioblaze Payne, a developer and programmer residing in northern California, this new way to play Pokémon was brought to the forefront this morning due to The Verge’s piece on the bot. Going from a proof of concept to upgrading to an alpha version in over a week, the bot now has all seven regions from the mainline games and 902 Pokémon. Not only that, but over 22,000 people have tried their hand at typing “pw!battle” and leveling up their starters.

I was reminded of role playing forums way back when, a time when bots took hours to respond. With a few clicks and an update to download for Discord, I was on my way to fumbling through the first few battles that PokéWorld generated for me. Testing out all this on one of the public channels on the official server for the bot, I set up my Trainer information and selected the Alola region as my starting destination. There’s no picking out your starter here. Professor Kukui gave me a Litten, and with chat commands and instructions I was on my own. 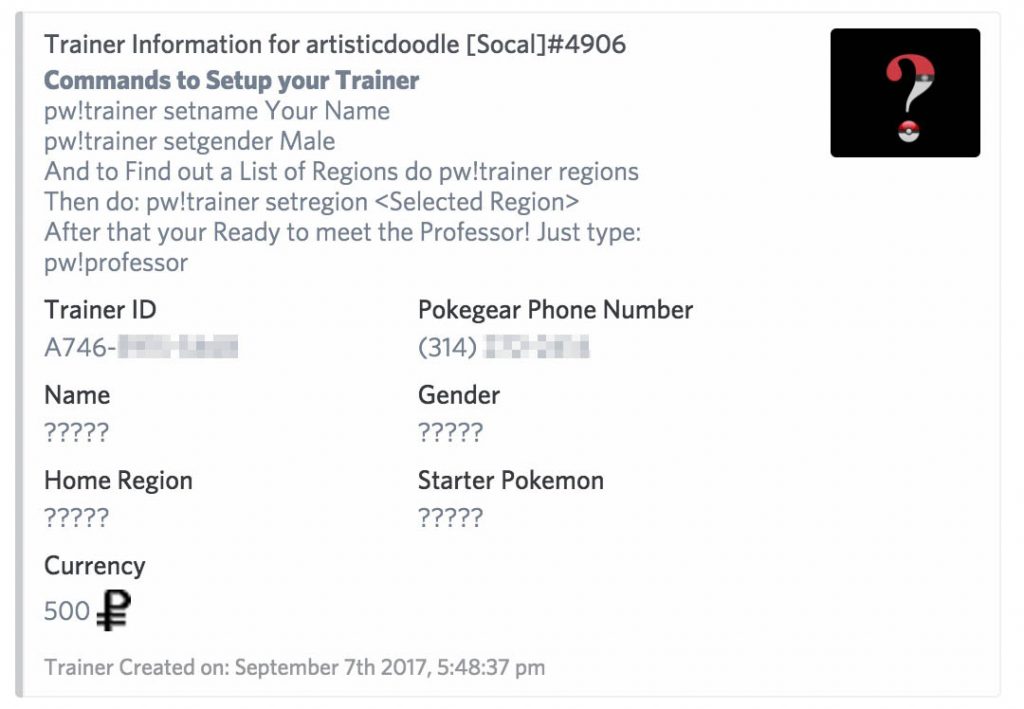 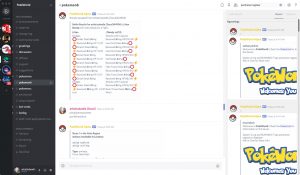 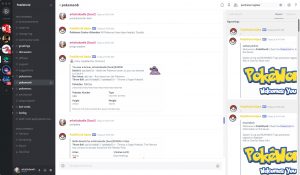 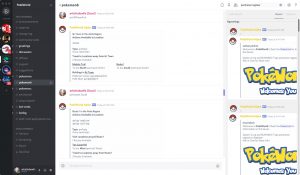 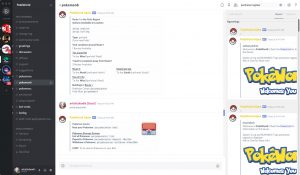 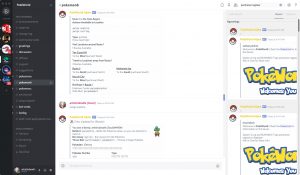 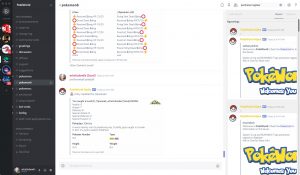 My Trainer ID, Doodle, still has a long way to go, but for those looking to play around with the idea of Pokémon as a text based adventure where RNG will either destroy you or bring you new teammates, it’s a fun game. Plus, the main draw of this is setting up your own server with this bot so you and your friends can play together!

Currently, there are over 1,500 servers where the PokéWorld bot is bringing text based adventures to aspiring Pokémon Trainers. Interested? You can join the dedicated Discord server to get started, make your own server and invite the PokéWorld bot.