Take note, audiophiles — the soundtrack to Fire Emblem Echoes: Shadows of Valentia is getting a physical release in Japan this October, and it comes packaged with some excellent goodies. The release includes: 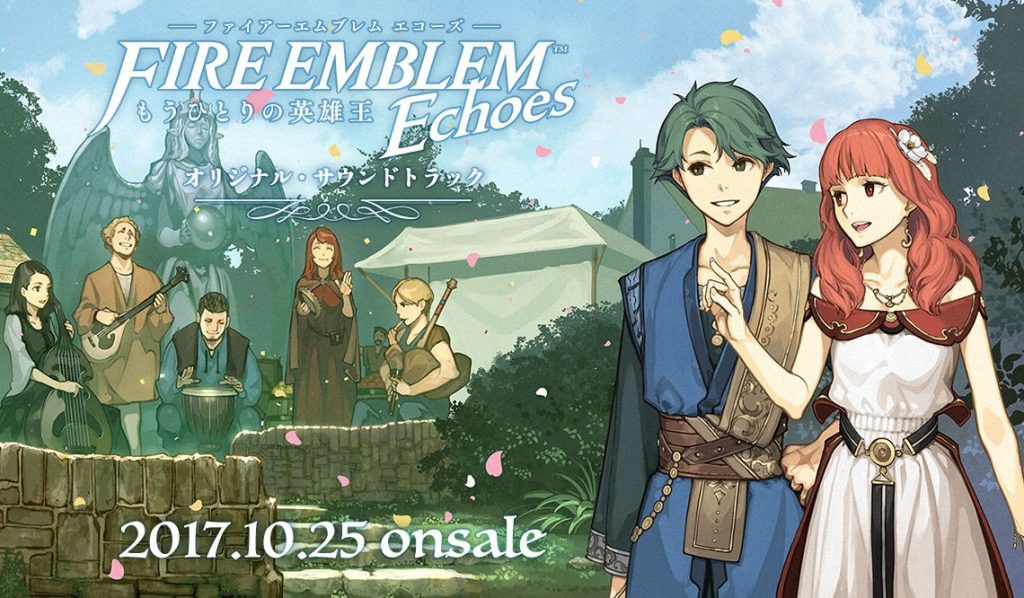 The whole package comes in at a fairly pricey 5,300 yen (just under $50), and comes replete with a nice new cover illustration depicting Alm and Celica in casual clothing alongside some musicians. No word on whether the soundtrack will officially come out in the West, though given that the previous FE soundtracks haven’t made it over, it seems unlikely.