The Monster Hunter franchise has always been extremely daunting for newcomers to dive into. In fact, the best way to get fully immersed into the classic Monster Hunter experience is to play with someone who’s already an experienced hunter. Now, the next Monster Hunter experience takes the essence of that world and reskins it into a child-friendly adventure. With Monster Hunter Stories, Capcom has created a RPG aiming to pair simple combat elements with a lovable cast of characters. I’ve spent some time with the demo that was just recently released in the eShop, and so far it seems like this spinoff title will be a big success.

Stories opens up with a gorgeous cutscene showcasing some young characters searching for a monster egg. The fully animated cutscenes used throughout the demo are the most beautiful videos I’ve seen running on the 3DS. Upon starting the game, my character was playing in the forest with two other kids: spunky, outgoing Lilia and brooding, hesitant Cheval. Lilia eventually finds the egg they’ve been searching for, and she promptly decides to try and hatch it. Cheval is quick to point out that one must be an official Rider — one who’s trained in achieving kinship with monsters — in order to hatch a monster egg. This doesn’t stop Lilia, and to her surprise, the egg hatches into Rathalos, the King of the Skies! It immediately imprinted on my character, treating me as its parent. 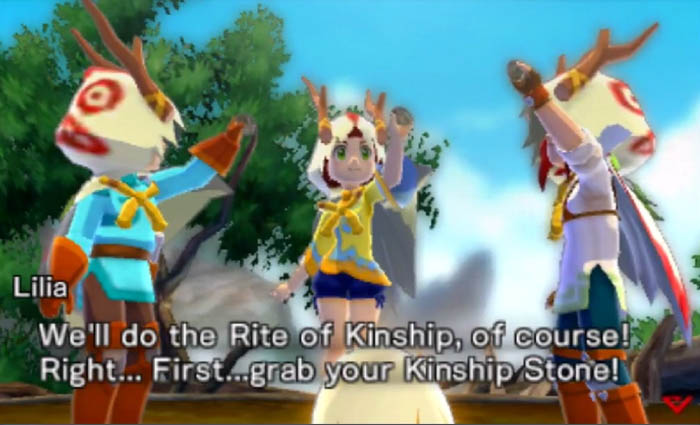 At this point, I was allowed to customize and name my character. I spent way too much time on the customization, like I always do, as there are plenty of options for hair, eyes, mouth, skin tone and voice.

Next, the three of us headed back to Hakum Village, where we were promptly punished for venturing off into the forest. Hakum Village immediately reminded me of How to Train Your Dragon, as there were people mingling with all sorts of monsters in a small, seemingly isolated village. Taking another cue from that film series, an enormous Nargacuga flies in and begins terrorizing the village. Cheval notices his house is under attack, but he’s too late, as we later learn he lost his family in the attack. Our Rathalos also was lost in the attack, falling off a cliff after challenging the beast.

Our story skips ahead a year, where my player was finally ready to become an official rider. On the way to the ceremony we run into Cheval, who is clearly still shellshocked by the events of one year ago. Chief Omna, the head of the village who speaks only in rhyme, and Navirou, the mischevious felyne who crashed the ceremony, helped me hatch my first monster: a baby blue Velocidrome. Finally, I was ready to venture out into the world! 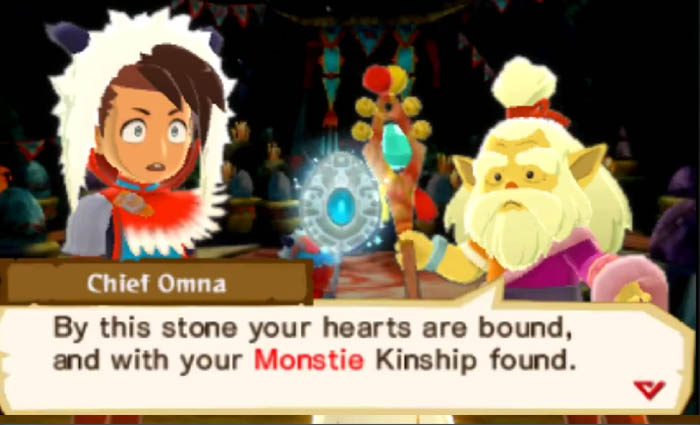 Next up, my Velocidrome and I learned to do battle together. The battle systems seem fairly simple, but have enough nuance to keep them interesting. There are three basic types of attack: Speed, Power and Technical. Technical attacks beat Speed, Speed beats Power, and Power beats Technical. In the demo, Navirou basically tells the player what to pick, but I’m sure that will eventually be dropped as the game throws tougher enemies at us. After the player attacks, your selected Monstie (Monster plus Bestie) takes a turn. When my Monstie selected the same type of attack as I did it triggered a double attack that inflicted more damage. At the conclusion of each battle both the player character and the selected Monstie gained experience, and I was also gifted some rewards and materials after each fight.

The battle system also includes a kinship mechanic. For each successful attack, the kinship bar grows, allowing the player to trigger special effects to help out their Monstie. Cheer is one of these abilities, which increases the attack ability of an ally for one turn. More are unlocked as you level up and progress through the missions, and so far they’ve added an extra layer of strategy to the battles. 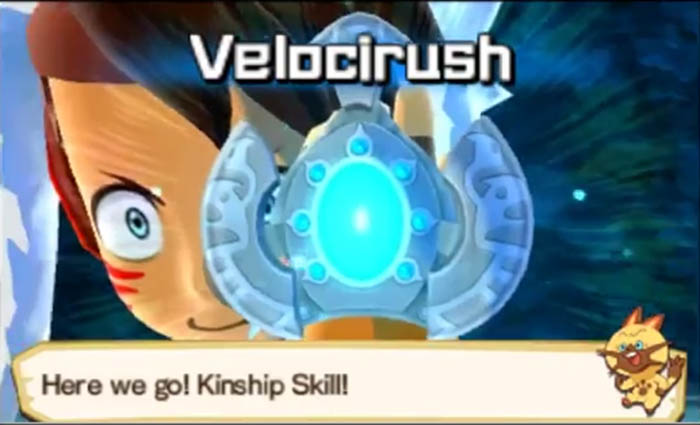 We’ll have more coverage on Monster Hunter Stories as we near its September release. After playing this demo, I’m excited to see more monsters, unlock more abilities and most of all, see more of the stories this game has to tell. This is a welcoming spinoff from the hardcore mainline Monster Hunter games, and I can’t wait to see more of it!