Fire Emblem Heroes came out February 2nd this year, and it’s been one of the biggest constants in my life since then. In the six months since it released, we had a new Nintendo console launch, I’ve changed jobs and even moved across an ocean. Through all of that, I’ve been collecting orbs, summoning heroes and hitting the arena regularly, if not daily. I thought I’d sworn off mobile games, but something about Fire Emblem Heroes just holds me, with the simplified version of one of my all time favorite series allowing me to have snack-like tastes of what’s usually a full course meal of tension, strategy and permadeath.

To celebrate this milestone, I thought I’d take a look at the three heroes I’ve used the most throughout the game’s lifetime. Why not four, you may ask, to represent a full team or all the colors? Well, that last slot is usually a rotating one for arena bonus heroes, or it helps suit a map’s needs, and even with personal favorites like Jaffar and Lucius I haven’t found a colorless character who just feels right. Instead, I’ll shine a light on one red, one blue and one green character who have seen me through some tough spots and cathartic victories. I’m not suggesting that these three together make the “best” combination, either. In fact, I know they don’t. But that’s the beauty of the game: they’ve been “my” best combination.

The Ylissean tactician was my very first pull in the entire game, tipping the scales and saving me from the trouble of rerolling. One of my favorite characters from the more modern games, he may not have the best stats in Heroes, but he has some key strengths that allowed him to shine from the get-go and gave him a chance to earn his place in my lineup. Most important of all is his advantage over colorless characters, something very view heroes have by default. Back before skill inheritance and when Takumi was showing up in nearly every arena match, Robin was one of the best counters you could have for the brooding Hoshidan that broke the rules of being an archer. 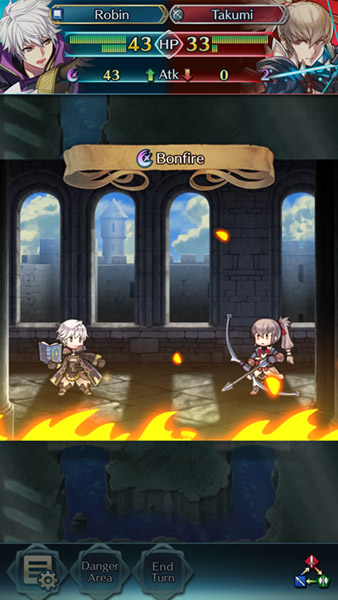 As a blue tome wielder, Robin continued to remain reliable as it grew more and more apparent that red units were the most recurring within the game. With more recent threats like Ike and Celica entering the mix, and with the right support at his back, Robin can handle them in an all too fitting display of adaptability and clever thinking. Other blue characters, like the recently released Delthea or the unbelievably powerful Effie, outclass him when it comes to pure damage, but I still can’t deny the sentimental attachment I hold for Robin.

The ever popular princess and one of Fire Emblem Awakening’s other leads, Lucina represents one of the best sword wielders in the game, blue haired or otherwise. Taking up the legendary Falchion, she’s able to survive longer than you’d think thanks to the weapon’s passive healing effect, and she can slice through the few dragon characters in the game without issue. With those, the defense-bypassing Luna at her disposal, and the ability to buff other units in battle based on positioning, Lucina’s been the crux of my Tempest Trial attempts since that mode’s inception. 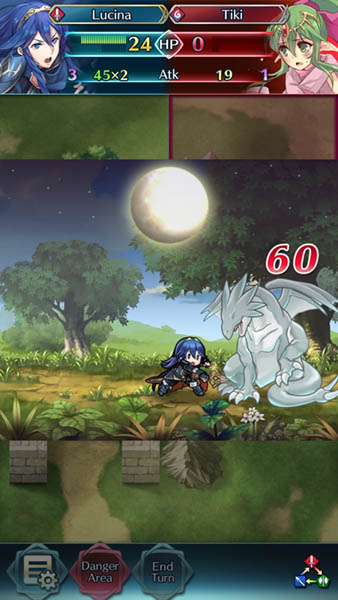 Her overwhelming popularity served her well in the inaugural Voting Gauntlet, and while on a personal level I want to show some love to the entirety of Fire Emblem’s rich history, I can’t help but double up on the ever popular Awakening here. Lucina makes short work of threats like Julia and Hector, clearing the way for Robin and a certain other magic user you’ll read about below. Even when I pulled powerhouse Ryoma or personal favorite Tharja, Lucina remains my go-to physical attacker and protector of my ranged allies.

Here we are at last to what may be my favorite character across the whole series. Bearing a full character arc within her debut game (as well as America’s debut Fire Emblem game) that made it worth leveling up this seemingly weak little girl, Nino took Fire Emblem Heroes by storm by packing immense potential and always doing her best. With just a few buffs, her weapon’s natural ability makes her into an adorable powerhouse with enough speed to reliably double up on a multitude of other characters. 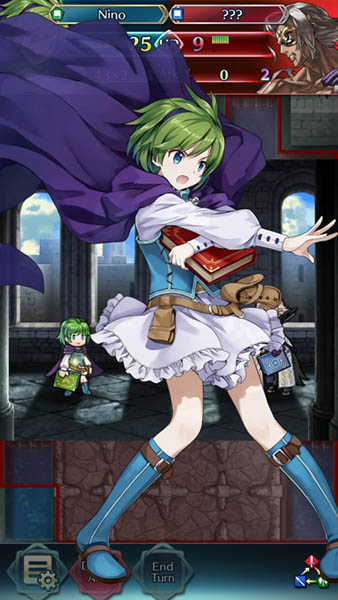 She’s not just there for damage though. Offering a way to both power up and reposition her allies, Nino did fairly well when it comes to her natural kit. All she needs is a damage increasing skill like Moonbow and other, frequently seen skills like Fury or Desperation and you’ve got not just one of the strongest green characters, but one of the most powerful in the game, period. Care must be taken though, as with her low HP and defenses she’s just as vulnerable as she is deadly. That said, there’s a reason she’s my representative character in the game, and so far the only one I ranked up all the way from three star to five.

That’s it for my power trio of most used and most reliable heroes, though they certainly aren’t the only ones I count on. Fire Emblem is all about managing all your allies and supporting them in turn, meaning it takes more than three characters to take on the world. With more and more coming out, there may soon be a fourth on this list, but for now I’m more than happy to look back on the last six months with this trio.