Amazon sending the wrong Corrin to some customers

The Smash Bros. amiibo line has come to a close, with all characters now represented. The last of these, Corrin’s female/Player 2 variant, joined Palutena and Skyward Sword Link as Amazon exclusive figures, and it seems it’s not quite the sendoff the series deserves. Once again, the figure was Prime exclusive, a fact that buyers could at least assume ahead of time after what happened with the aforementioned Link. Whatever your feelings on that stance, there was no reason to be caught off guard this time around. However, the real trouble comes down to a classic case of mistaken identity, judging by users on r/amiibo.

Multiple threads have called attention to incidents involving a male Corrin, available via multiple retailers, being sent instead of the female version — even when their orders properly state Player 2. While I have little doubt Amazon’s staff will be willing to organize potential returns or refunds, people will want replacements, and that’s not always an easy feat. This is by no means a universal issues, and there’s no telling what percentage of the stock was mixed up, but it’s clear that Player 2 isn’t widely available to fulfill these orders. It’s possible that stock has been frozen in order to provide time to sort the matter out, but it’s just as easy to assume that, for the foreseeable future, this is it for Fire Emblem Fate’s protagonist. 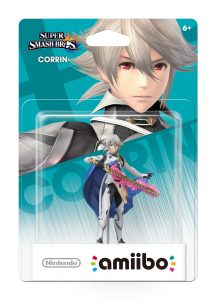 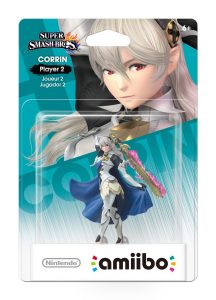 With the stock of Corrin Player 2 being seemingly smaller and locked not just behind Amazon, but Prime as well, the people affected by this are nearly guaranteed to be collectors or dedicated amiibo fans. Even if they’re shipped in boxes as opposed to bubble mailers this time around, it ends up coming off as one step forward and two back. Without a pre-order period, these orders went live and needed to be fulfilled ASAP, in accordance with Amazon Prime’s standards. Mistakes do occur, but it’s a shame to see this happen now — not just late in the game, but what’s effectively overtime.

We have our fingers crossed for anyone affected, and we also don’t intend any ill will towards Amazon in light of this. We just hope that if the company sees this, going forward, steps can be taken to ensure the utmost satisfaction from customers, collectors and most importantly, genuine fans.