Way back in Sonic’s heyday during the Genesis era, Sega of America partnered with the long-established Archie Comics to create a Sonic comic series. Now in 2017, almost 25 years after the relationship began, Sega has officially parted ways from Archie and the Sonic comics have been cancelled.

It has been rumored for a long while, ever since solicitations stopped popping up for the series in Archie’s updates, but yesterday the official Sonic social media pages made it clear:

An important update from SEGA regarding Sonic comics: pic.twitter.com/qy9BKkmIvA

Including spin-offs and crossovers, over 500 issues were published over the years. We can only speculate why the partnership came to a close, but given Archie Comics’ new found fame courtesy of its popular Riverdale TV show, the Sonic series might not have factored into their future plans.

We’ll be sure to bring you more news on future Sonic comics if and when Sega finds a new partner. In the meantime, check out the surprisingly fitting final panel published under the Archie Sonic banner, courtesy of The Sonic Stadium. 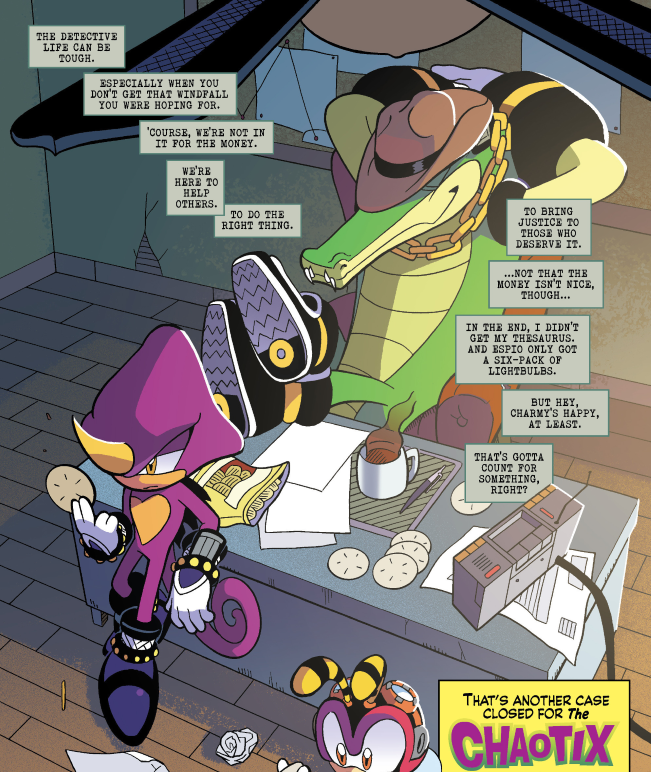