We’re about halfway through the month, which means it’s time for another Fire Emblem Heroes banner to roll around. And this time there’s not one, but two fresh new pools of Heroes to pull from, each featuring three characters from the recent Fire Emblem Echoes: Shadows of Valentia.

In the Alm’s Army banner, we’ve got Mathilda (Lance Cavalier), Gray (Sword Infantry) and Delthea (Blue Mage Infantry), all of whom come with new weapons — Mathilda and Gray are sporting anti-cavalry gear, while Delthea’s Dark Aura grants huge buffs to close-ranged allies when she attacks an enemy. 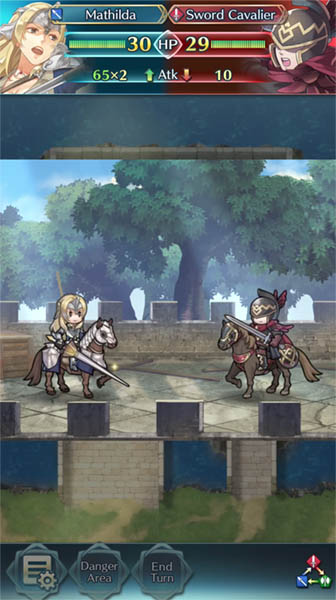 In the Celica’s Army banner, there’s Leon (Bow Infantry), Saber (Sword Infantry) and Sonya (Green Mage Infantry), who also have some new equipment: Leon and Saber use more powerful versions of killer weapons with the adjective “Slaying,” while Sonya’s Dark Excalibur works like a magical version of the Wo Dao, dealing 10 more damage when Specials trigger.

The banners drop alongside a new Story Chapter, titled “Bitter Enemies.” What’s more, the special Ylissean Summer banner is continuing alongside the new ones until the end of the month, giving players a chance to earn some beachwear brawlers if they so desire. Be sure to be on the lookout when the banners drop tonight/tomorrow.