I’ll be the first to admit these tattered thumbs have lost track of the countless calamities put to rest and worlds saved from complete and utter annihilation. In my 30 years spent tirelessly battling the forces of evil, I’ve traversed the Wings of Time alongside sentient frog knights under a banner of hope, thrust magical swords into the skulls of demonic pig kings for the good of the people and even managed to liberate modern day Tokyo from the distorted desires of men using nothing but a devilishly dapper mobile app.

Yet in all my struggles procuring peace in the past, few quests left me feeling as connected and caring towards the wellbeing of its otherworldly inhabitants than the post-apocalyptic romp that is Ever Oasis. That’s because beyond its masterful melding of classic RPG adventure and addictive town management mechanics, Oasis proves it takes much more than the moxie of an intrepid band of heroes to save the day. Nay, dear reader, sometimes it takes an entire village.

Built by the team responsible for the 3DS’ fantastic Zelda 64 ports, developer Grezzo took great inspiration from the legendary green garbed hero when weaving Ever Oasis’ tantalizing tale, right down to its silent protagonist and puzzling dungeons. Players don the horned helmet of a stalwart Seedling named Tethu — last remaining Child of the Great Tree with the power to create life-sustaining oases for desert-dwelling nomads in dire need of respite. After witnessing evil incarnate obliterate his older brother’s secluded slice of life, it falls on Tethu and the plucky water spirit, Esna, to establish their own safe haven and drive back the looming Chaos plaguing the once prosperous, now desolate desert. 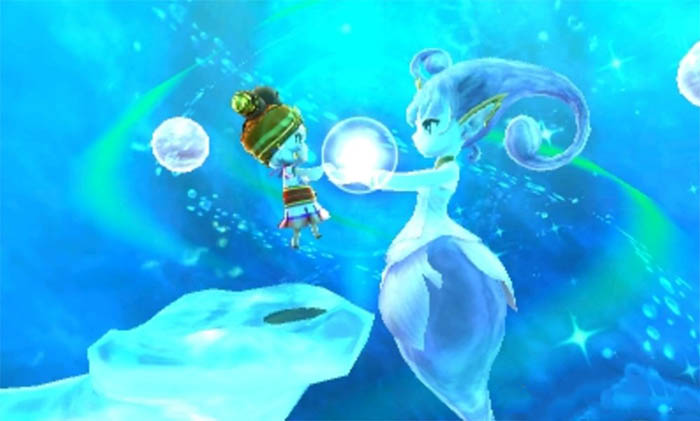 It’s hard not to immediately get sucked in by Ever’s picturesque presentation and adorably delightful set pieces. The colorful, ancient Egyptian themed character models utterly ooze with charm, adding to each of the five race’s captivating quirks and personalities. The world itself, despite being consistently confined to its dystopian desert locale, teems with vibrancy and detail throughout — from shimmering silver sheen that wash over the sands at dusk to distant dunes gleefully glittering in the moonlight’s soft glow. It’s one of the few instances when I highly recommend playing with stereoscopic 3D cranked up high as the added depth really helps the game world pop.

Speaking of presentation, Newcomer Sebastian Schwartz composes a symphony of whimsically soothing melodies you won’t soon forget. The entire orchestral soundtrack appropriately draws upon Middle Eastern motifs and instrumentation to jaw dropping effect, with the jovial, foregrounding flutes populating the sprawling oasis being a personal favorite. It’s a shame there isn’t a lick of voice acting (especially noticeable during story driven cutscenes) as it’s the only strike I’d afford the game’s otherwise fantastic sound design. There were definitely moments I’d have welcomed text-advancing Animal Crossing gibberish over the stark silence consistently on display.

IT TAKES A VILLAGE

At the core of its dew drop center, Ever Oasis features an endearingly addictive town simulator that wastes little time wrapping its roots around you. As founder and chief, it falls on you to shape your sandy settlement into a bustling metropolis of happy townsfolk and booming industry. This is largely done by schmoozing wayfaring passersby seeking refuge from the encroaching Chaos to take up residency and establish Bloom Booths for selling a variety of wares. Once up and running, you’ll be heavily relied upon to restock any sold merchandise snatched up by a species of adorably affluent penguins — all the while netting the proceeds for further ventures and expansions. This endless routine of attracting, replenishing and establishing shops forms the crux of Ever Oasis’ unique gameplay twist, all the while fostering a powerful sense of community and ownership for every action taken towards the betterment of your inhabitants. 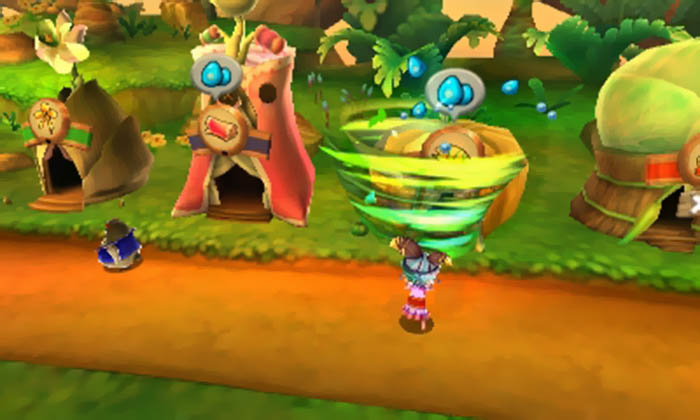 Fortunately, the entire process is far less tedious than it sounds, especially after the eventual introduction of some quality-of-life adjustments that help shirk off some of your mayoral duties to the public. Over time, Bloom Booth restocking can be done in bulk — negating the need to personally visit each shop individually — and both gardening and resource gathering can be delegated to teams of eager and willing townsfolk. This greatly opens up your free time to focus on bigger hunts for those ever elusive rare drops while still being able to reliably count on a healthy stock of basic raw materials. (Lord knows you can never have enough Cactus Leaves).

Of course, when you’re not at home training an army of valiant vendors and tending to their every whim and fancy, you’ll spend the majority of your time trekking through a sea of sand filled with dilapidated dungeons to explore and replenishable resources to collect. Locales largely consist of wide-open landscapes filled with interconnected pathways, hidden collectibles and potential recruits just begging to be discovered. In fact, everything you do out in the dusty dunes benefits your oasis in some shape or form. Monster hunting, ore mining, cactus farming and more provide valuable materials for both upgrading booths and synthesizing new weapons, effectively increasing your happy home’s size, net worth and combat prowess. 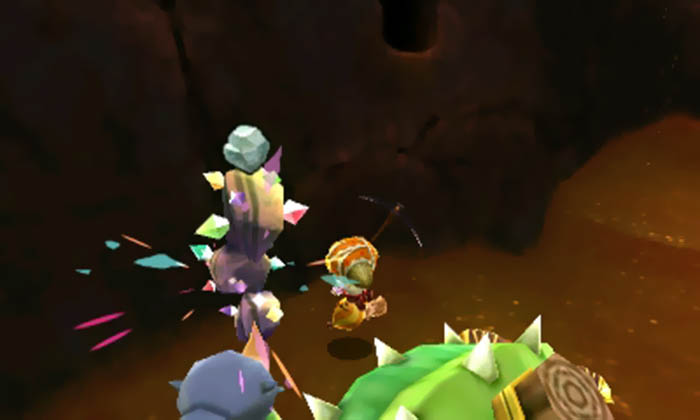 That last one’s especially important considering the entire township of desert dwellers is placed at your full disposal, each one willing to personally pony up in the fight for Good versus Evil. When not tending to their storefronts, any one of your desert denizens can accompany you on your many misadventures, from the most neurotic of ice cream peddlers to a toy merchant crippled with daddy issues. Despite its rudimentary story, rarely have I ever felt as connected to a fantasy world’s plight than I have with Tethu and his merry band of mishaps — all thanks to the intricate bonds you form with your allies as they level up both behind the counter and in the heat of battle.

Combat itself is largely fun and frantic affair, courtesy of the game’s action-heavy approach favoring simplicity over the genre’s tendency for convoluted learning curves. Battles occur in real time with up to three party members, facilitating clever positioning and skillful dodging to avoid incoming enemy attacks. No matter your choice in arsenal, stringing together combos using both weak and strong attacks is a snap, with each character packing a unique spell that’s perfect in a pinch. The party AI isn’t always the most reliable and I was often left wondering why I couldn’t swap out equipment on the fly, though outside a trio of randomly generated post-game dungeons, the game rarely ratchets up the difficulty during its roughly 30 hour adventure for any of that to become too crucial a pain point. 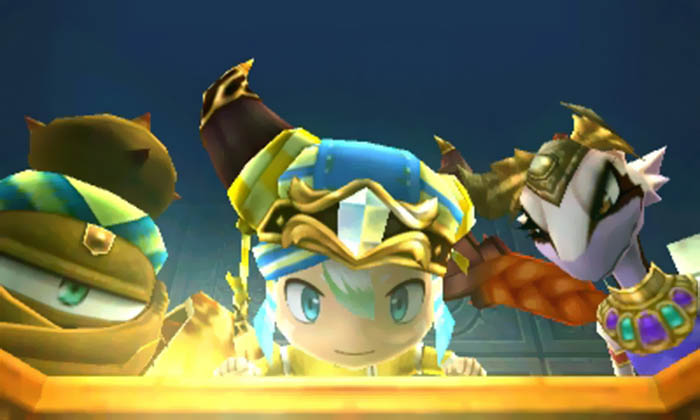 Dungeons are undoubtedly a significant part of the Ever Oasis experience, and thankfully, they’re larger than life due to excellent design and gripping boss battles. Each one contains a veritable mix of light puzzle solving and enemy gauntlets that lovingly harkens back to a certain Hylian hero’s first foray into the third dimension. While never particularly challenging, later labyrinths took some creative liberties with the myriad of abilities afforded by your party, often combining two or more to brain tickling effect.

While I love that a little Metroid magic managed to slip into Ever Oasis’ melting pot, general progression and frequent backtracking often proved a tedious frustration thanks to abilities being locked to specific characters. As much as I enjoyed swapping out my party regularly to test out new weapons and abilities, having that feature restricted to the confines of the oasis was maddeningly irritating at times given the sheer amount of optional treasure and hidden goodies scattered throughout the boisterous badlands. Fast travel did help alleviate this grievance to some degree, though the sheer number of times I was forced to utilize it broke the game’s pacing on more than one occasion. 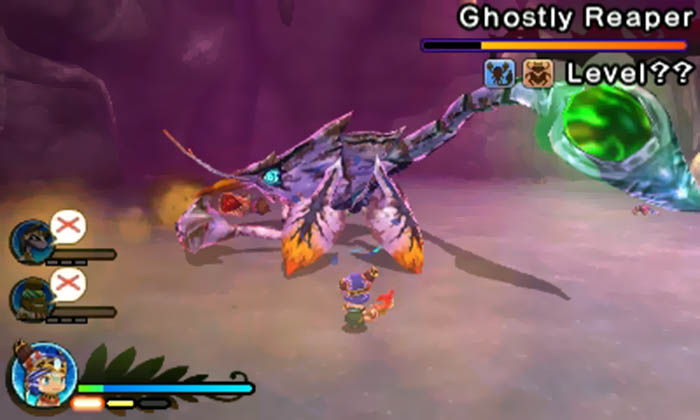 Sown from the ground up by a talented team of Zelda die-hards, Ever Oasis expertly weaves multiple genres into one irresistible adventure, proving a refreshing thirst quencher in a wasteland oversaturated by tired tropes and familiar clichés. Sure, the story is standard RPG fare and a few minor design hiccups keep it from rising above its many influences, but don’t let this deceptive diamond in the rough fool you: What Ever Oasis lacks in polish is more than made up for with enough heart and soul to be remembered in the sands of time as a storied cult classic for years to come. 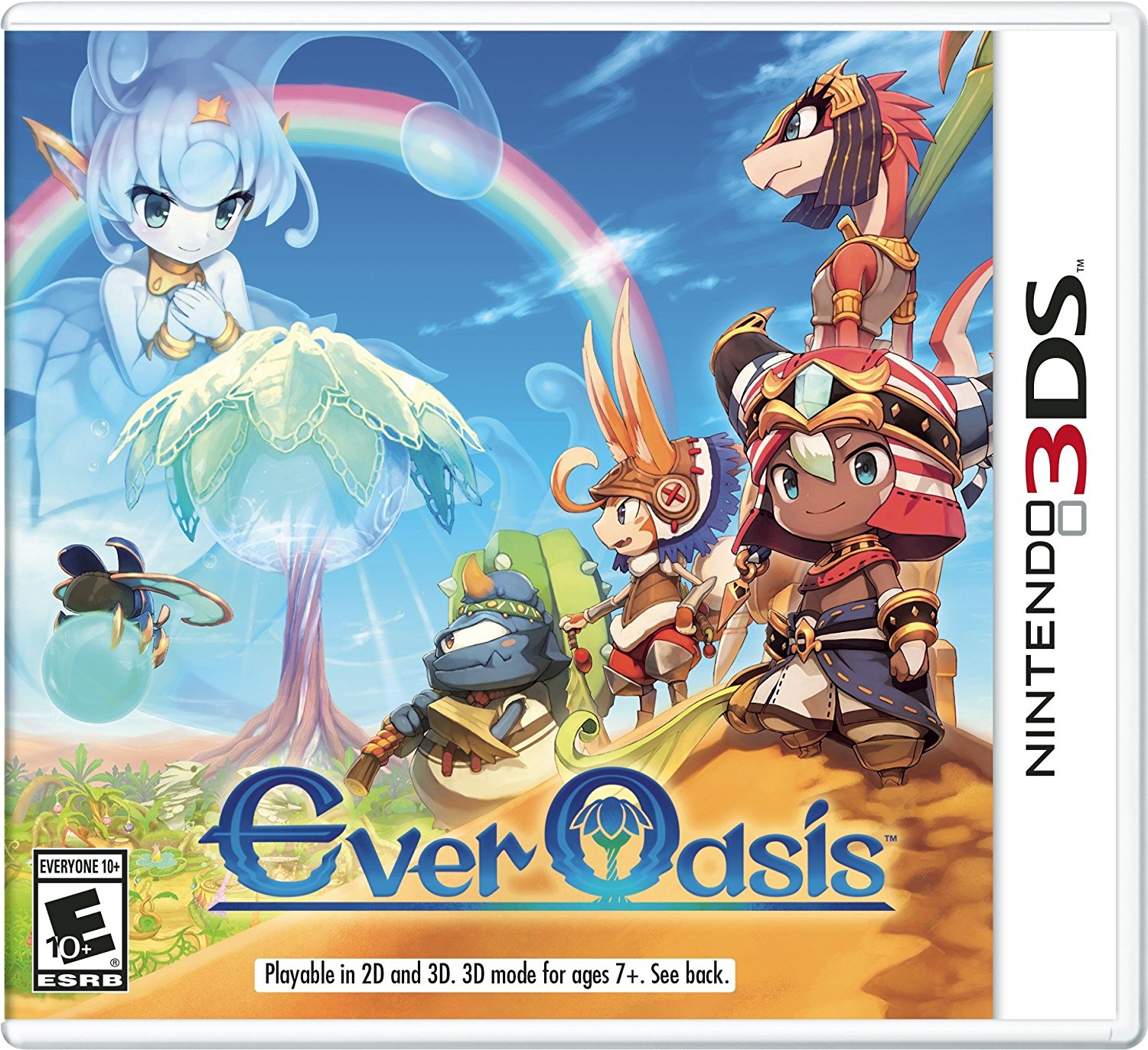