UPDATE: We may have our first look at the upcoming Metroid: Samus Returns Legacy Edition heading to Europe later this year. While it isn’t 100% confirmed, it definitely looks legit and contains all of the items previously announced. 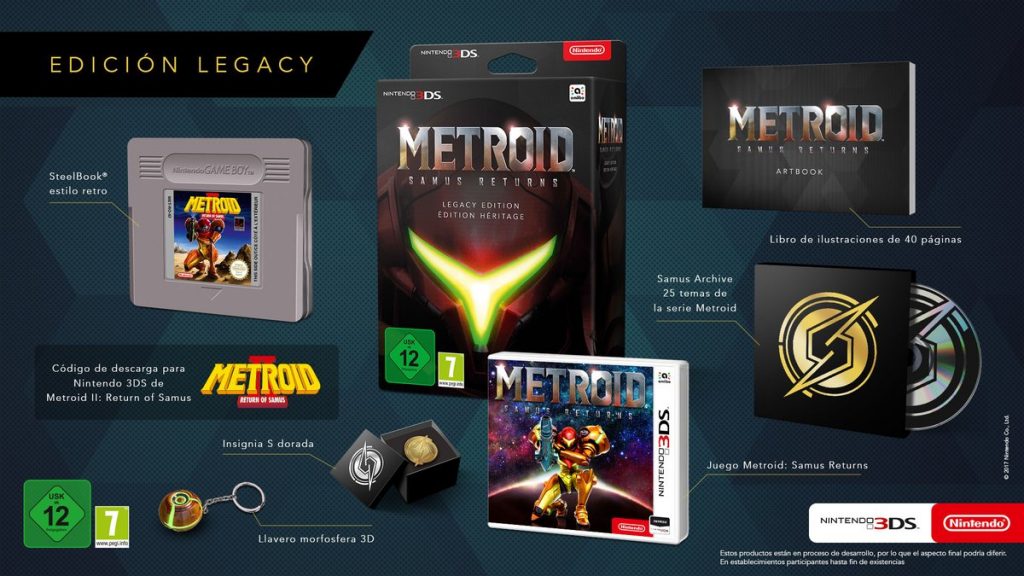 Yesterday, alongside the game’s announcement, a special edition of Metroid: Samus Returns was revealed for the US, featuring a soundtrack and reversible cover. Now, however, it’s been outshone by the special edition that’s heading to the UK. Here’s the full description from the game’s page:

While supplies last, fans will also be able to purchase a special edition of Metroid: Samus Returns which includes a physical version of the game, a download code for the original Game Boy game Metroid II: Return of Samus to be redeemed in Nintendo eShop, a SteelBook®, a sound-selection CD featuring 25 tracks from across the Metroid franchise, a gold “S” pin badge, a Morph Ball 3D keyring and a 40-page artbook.*

Sadly no images have been released yet and we don’t know the price, but it definitely looks like a significant difference! We’ll be sure to bring more on Samus Returns as it comes in.