Even the greatest game developers have to start somewhere — and for many years, that somewhere has been RPG Maker. A series of software development tools primarily for PC, the toolkits allow budding game designers to make their own RPGs with no programming knowledge required. And now the series hits 3DS in the form of RPG Maker Fes, allowing players to make their own RPGs on the go.

But how do the capabilities of Fes compare to its counterparts on other platforms? Is it worth snagging over other versions? Let’s take a look.

RPG Maker Fes gives you all the tools you’d need to make your standard RPG. You can build maps, create monsters, craft skills and construct a party, all without any need for programming. Designers can pick from several default assets in constructing their world, and with the extensive number of events one can construct (from bosses to story beats to more), there’s everything needed to craft your own JRPG. 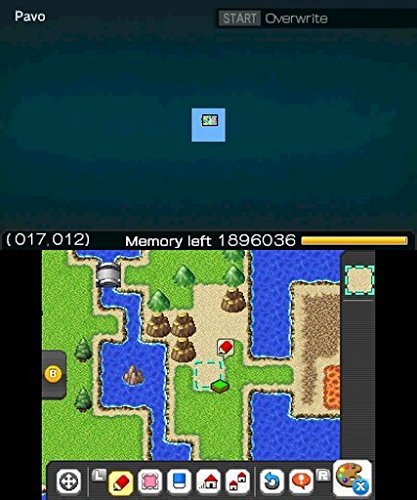 Unfortunately, it’s a bit difficult to know where to begin. The game lacks a tutorial of any sort, making you rely on the extensive electronic manual for information. While just about everything essential is recorded there, it can be a lot of overwhelming information, especially if it’s your first time designing a game. As such, it can take you a while to grasp the basics of creating the pieces of the game.

The UI is fairly simple and rudimentary, but it’s never too unclear how things work and where they should go. Working on the map screen can be a bit finicky at times; however, once you get the hang of it, crafting maps gets smoother. Unfortunately, the game doesn’t tell you much about the fundamentals of good game design — it’s either something you have to discern for yourself, or study up on.

All the world’s a stage

The framework for your standard Fes game is pretty typical. Designers can craft characters, skills, classes and equipment for players to use. While not all-encompassing, the art and sound assets are fairly extensive, offering a good pool of designs for you to employ.

There’s a good supply of character designs to choose from, bolstered by some options for coloration and hair. While the general aesthetic feels somewhat bland (which we’ll touch on again in a bit), the range of designs is good for a stock fantasy setting, ranging from knights, to royals, to engineers to more. It may not have exactly what you have in mind, but chances are you’ll be able to create characters to suit your need. 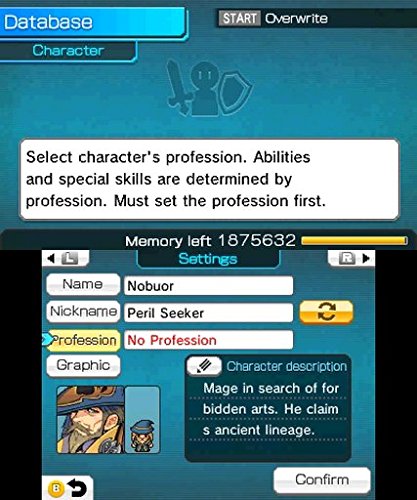 Skills are fairly basic in scope. Most are crafted to run off either HP or MP, and can provide the full range of stock effects: status ailments (poison, paralyze, etc.), buffs, reflection, revival and more. There’s nothing too wild and crazy that you can do, but if you’re looking for something simple, then it’s a fine selection. Creating equipment, classes and monsters is fairly simple, allowing you to fine tune stats at any point with ease.

Unfortunately, anything beyond “simple” is going to be hard, as RPG Maker lacks two crucial aspects found in the more recent PC releases — custom assets and the ability to script.

In PC RPG Maker, you can replace the default character and environmental art with your own custom assets, allowing for a more personalized and outstanding game. The same could be done with music. This ability does not exist in FES, however — if you want to have more art and music to play around with, you have to buy the license to use them from the store, which costs money. This really mitigates one of Fes’ strong points, which is its cheaper price. 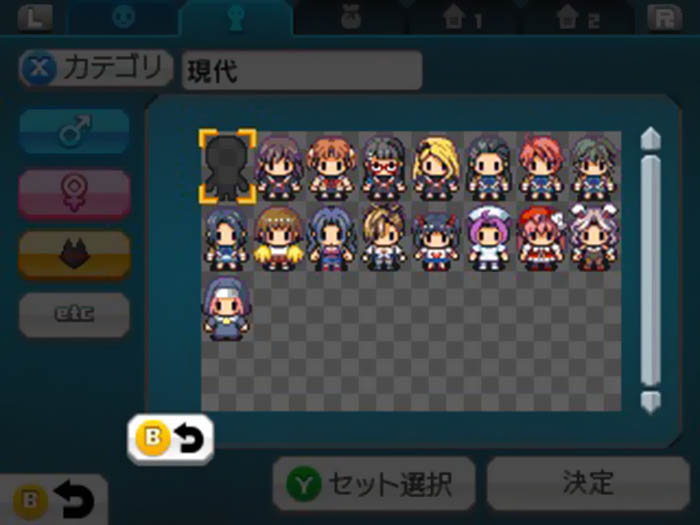 Perhaps more pressingly, Fes also disables the ability to add your own scripting to the game, removing any custom coding you can do. The beauty of PC RPG Makers is how the creators allow you to make a game with no coding knowledge, but also tweak game settings and mechanics with scripting if you wish. (Even if you don’t have the knowhow, there’s lots of ready-made scripts available online most of the time.) In Fes, you’re stuck with the mechanics the game gives you, limiting what you can do.

What this means is that, no matter what narrative, characters or skills you create, games will tend to look and feel very similar to one another. If you want to make something just a little different, then you’ll have to spend money. While PC RPG Maker has plenty of paid DLC too, it at least provides the tools needed to make your own custom game with nothing but hard work and inspiration. Any game made with Fes will feel a little less special as a result, and that’s just sad. 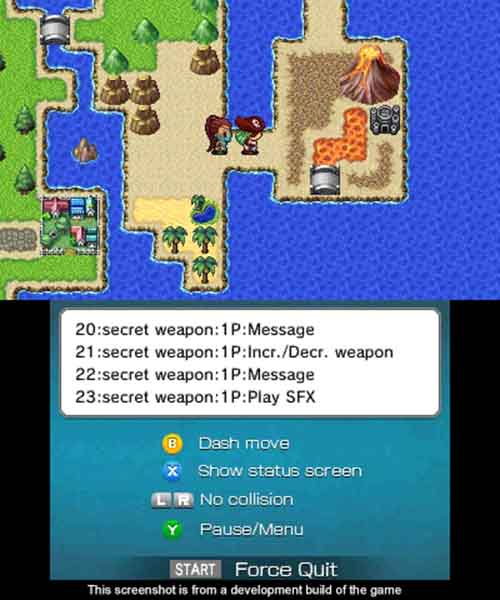 While the positives still outweigh the negatives — especially due to the fact that the software to play Fes games is absolutely free — the bottom line is that Fes’ capabilities are clearly inferior to the PC releases. Portability and relative cheapness aren’t enough to make up for the huge amount of flexibility and freedom the PC provides, as well as the stronger tools in general.

Fes is still a fine tool for making very basic RPGs, as well as non-combative story driven games (lest we forget, To the Moon — one of the finest narrative games ever — was made in RPG Maker). But if you’re looking for a way to make something more ambitious, then look into another version, or just learn programming yourself. Either way, it’ll be worth it to at least play some of the games that come out of Fes — RPG Maker games tend to have a stigma associated with them, and when a truly great one comes along, it can be something special.

Leave a Comment
Buy at Amazon Buy at GameStop
6.0 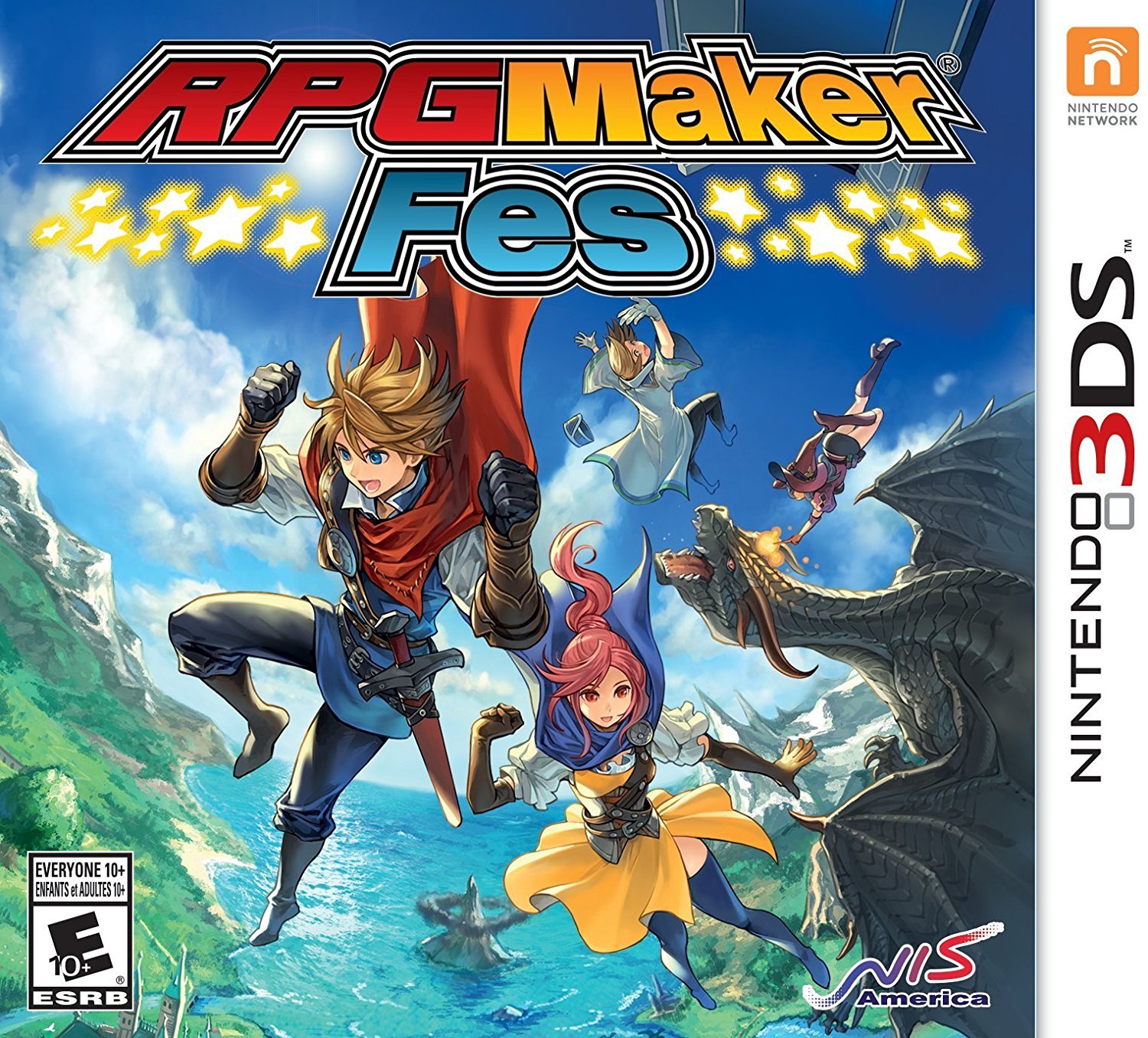