This morning, Niantic has announced details on what it is calling the biggest update ever to Pokémon GO since the game’s launch. Starting soon, players will have the ability to play Pokémon GO together, Gyms will be updated, and new items will be introduced.

The most interesting feature being introduced is the ability to play Raid Battles. Very similar to the Mewtwo fight that was introduced in the very first Pokémon GO trailer, trainers will need to work together to take down a powerful foe. If successful, trainers will then have the ability to capture a powerful Pokémon for themselves. Here’s hoping the new social aspect of Pokémon GO is enough to bring the community back together.

Eurogamer also reports that these Raid Battles will “feature Pokémon ‘up to and including’ Legendary species.”

Check out the full details of the update below or head over to the official Niantic blog post for more details:

New Gym Features and Updates: Starting soon, Gyms are undergoing a major facelift. You’ll soon be able to spin the Photo Disc at Gyms to acquire items just as you do at PokéStops—but that’s only the beginning. More updates to Gym battles are also just around the corner. Gyms are no longer based on Prestige and training. Instead, they now feature six permanent slots that can be filled by the controlling team’s Pokémon. Each Pokémon assigned to these slots must be unique. For example, only one Blissey can be assigned to a Gym at a time. In addition, opposing teams will battle the Pokémon in the order they were assigned to the Gym.

At the heart of the update is a new motivation system that will significantly change how you interact with Gyms. When a Pokémon is assigned to a Gym, a motivation meter will be displayed. Pokémon assigned to defend a Gym lose motivation over time and as they are defeated in battle. As a Pokémon loses motivation, its CP will temporarily decrease, making it easier for opposing teams to defeat. To help keep the Pokémon motivated and in tip-top shape for their next battle, Trainers can treat their team’s Pokémon to some Berries, which restore their motivation. If a Pokémon loses all motivation, it will leave the Gym and return to its Trainer the next time it loses a battle, so you’ll want to keep your team’s Pokémon motivated by giving them Berries frequently! 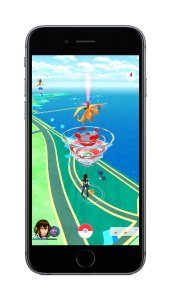 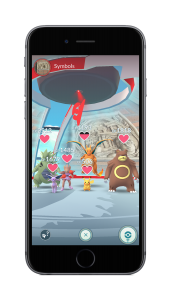 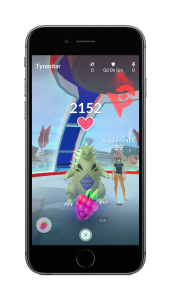 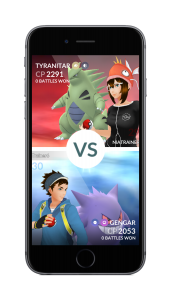 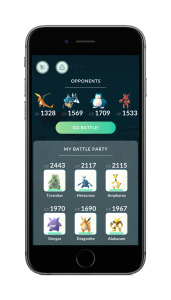 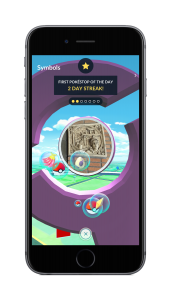 Gym Badges: Now you’ll be able to earn Gym Badges when interacting with the many Gyms around the world. Gym Badges serve as mementos of your Pokémon GO adventures and reflect your contribution to a Gym’s success.

You’ll be able to level up your Badges by battling, giving Berries to the Pokémon in the Gym and spinning the Gym’s Photo Disc. You can earn the opportunity to receive bonus items and increased rewards from Gyms by raising the level of your Gym Badge. 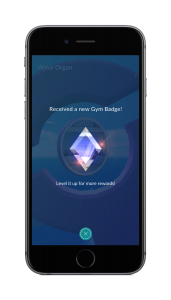 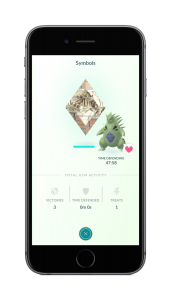 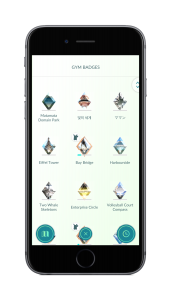 New Raid Battle Feature: All around the world, you’ll soon be able to participate in the new Raid Battle feature at Gyms. A Raid Battle is a cooperative gameplay experience that encourages you to work with other Trainers to defeat an extremely powerful Pokémon known as the Raid Boss. Before a Raid Battle begins, all Pokémon assigned to the Gym will return to their Trainers, and a large Egg will appear atop the Gym. When the countdown above the Egg reaches zero, the Raid Boss will be revealed.

Before you can battle the Raid Boss, you’ll need a Raid Pass. You can get one free Raid Pass per day by visiting a Gym, but you can only hold one at a time. You can also get Premium Raid Passes from the in-game shop. Upon using your pass to join the battle, you and up to 20 other Trainers work together to defeat the Raid Boss. If you successfully defeat the Raid Boss within the five-minute time limit, you’ll have the chance to catch an extra powerful Pokémon of your own! 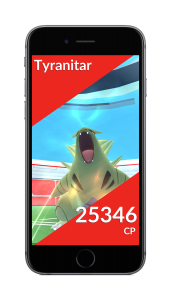 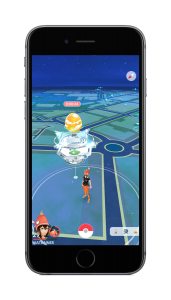 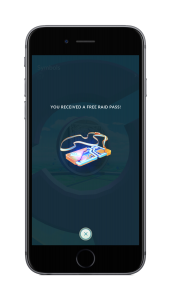 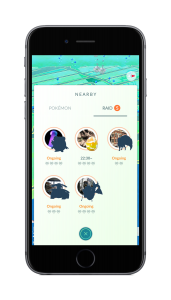 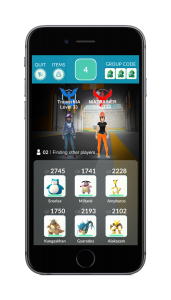 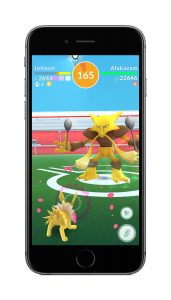 New Items: After defeating a Raid Boss, you’ll receive a collection of rewards, including some new items obtained only by defeating a Raid Boss: Rare Candies, Golden Razz Berries, and two types of Technical Machines—Fast and Charged. A Rare Candy is a mysterious candy that, when used on a Pokémon, turns into that Pokémon’s Candy. Golden Razz Berries will greatly increase your chances of catching a Pokémon you encounter in the wild and can also be given to a Pokémon assigned to a Gym to fully recover its motivation meter. Technical Machines are items you can use to permanently teach a Pokémon a new Fast Attack or Charged Attack.

To put these exciting changes in motion, we’ll be temporarily disabling all Gyms. Once the update has been rolled out to players around the world, Gyms will return. The Raid Battle feature will then be rolled out slowly over the next few weeks, starting as a beta, with raids visible only to a subset of players at certain Gym locations. Over a few days, we’ll invite more players to participate and enable raids at more Gyms around the world. Keep an eye on our social media channels for updates on when you’ll be able to start battling in raids. We can’t wait to see you outside battling at your local Gyms!

If you want to see these updates in action, check out the video below:

We’ll be sure to let you know when the update goes live!