Everyone’s favorite floundering fish is starring in a new game. First released in Italy and now available in Japan and more, players around the world can take part in a Pokémon League dedicated to Magikarp out-jumping one another. There are eight badges to collect and you’ll have to take care of your Magikarp by feeding him (or her) berries, and going to training sessions so you can leap your way through becoming the league’s champion.

Magikarp come in different colors and patterns, but you’ll start off with the standard red-orange model. No word if the shiny, golden scales version is at the end of the game’s campaign, but we hope so! 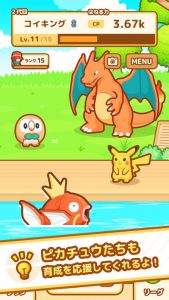 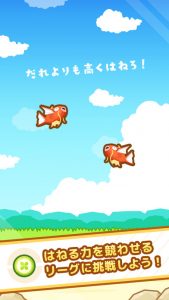 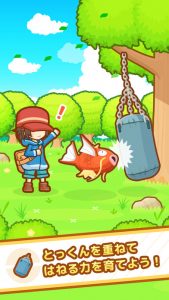 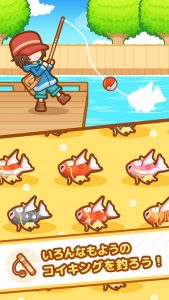 If you have a few favorite Pokémon characters, they may have made it in as support Pokémon. With each league you jump through, the reward for winning against the leader is someone new to hang out at your pond. For Pikachu fans out there, he’s the first one and helps cheer on your Magikarp during battles!

If you create a Japanese iTunes account, or have one already, you can download the game via the iTunes store and start playing in English. For Android, you can check out the Google Play page. There’s no word of a release in North America or Australia at this time, but we’ll keep you posted if an announcement is made.

We’ve captured a few minutes of Magikarp Jump footage by playing the Japanese version of the game while using the English language option. Sit back, relax and enjoy Magikarp’s new game: