Buried in this morning’s Fire Emblem Echoes: Shadow of Valentia Limited Edition announcement was some new information regarding how the upcoming Alm and Celica amiibo will function in the game, as well as a brief mention of the upcoming Corrin amiibo! 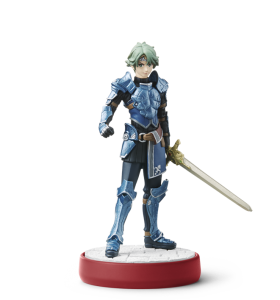 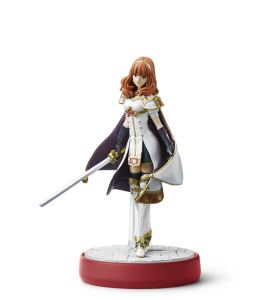 Using the Alm and Celica amiibo will allow the player to access an exclusive dungeon, earn special items, and strengthen their armies.

You can also tap them and all of the previous Fire Emblem amiibo to summon an illusory hero of the respective character, which act as temporary allies for a single turn. This includes Marth, Ike, Roy, Robin, Lucina and even the unreleased Corrin amiibo!

Check out the full section from this morning’s press release:

“Also launching on May 19 are the Alm and Celica amiibo figures, available only as a set at a suggested retail price of $24.99. When used in the game, these amiibo will activate their own exclusive dungeons, allowing heroes to earn items and level up their armies further by defeating bosses. By selecting Mila’s Turnwheel from the menu on the overworld map, they will also be able to take advantage of their Alm and Celica amiibo in battle. During combat, players can sacrifice a portion of Alm or Celica’s health in order to summon a computer-controlled illusory hero, which will act as a temporary ally for a single turn.

As Alm and Celica get stronger, their stats can be saved to their respective amiibo, allowing their summoned unit to grow in strength alongside them. In addition, all Fire Emblem amiibo from the Super Smash Bros. series can be used to summon an illusory hero of that character, allowing players to seek assistance from spectral visages of Marth, Ike, Roy, Robin, Lucina and the upcoming Corrin amiibo. All other currently available amiibo are also compatible, and will summon an additional monster to the battleground to assist players in battle, providing some much-needed help in case of a strategic emergency.”

What do you think? Will the Corrin amiibo be released before Fire Emblem Echoes? Let us know in the comments below!