Good news, BoxBoy! fans! A few days ago, we reported that Nintendo UK posted (and subsequently removed) a page confirming that the Japanese exclusive Goodbye! BoxBoy! was being localized for the region, complete with a brand new name, Bye-Bye BoxBoy! It appears that Nintendo UK is at it again as it posted, and again removed, an article detailing the game’s UK release and announcing a demo, which includes a sampling of all three titles.

You can check out the full details here:

Determined not to be boxed in, Qbby and his pals board a spaceship and go planet hopping! Each world they visit brings exciting new challenges, unique play styles and even different colour schemes, so the action never gets dull.

Pit your wits against oodles of obstacle-filled levels, including new stages where you’ll need to think outside the box and ensure a safe passage for both Qbby and the adorable Qbabies. Create boxes out of thin air to build bridges, hit switches and reach riches! Whether you’re tracking down crowns, conjuring up laser-beam-blocking barriers or summoning a spike-shielding stairway, there’s always something to keep this clever cube on his toes.

Just like in the original BOXBOY! game, Qbby can spawn a single set of boxes – only this time, he can infuse them with incredible new powers, allowing for even more puzzling opportunities. Some boxes can soar to the skies with the power of rocket propulsion, explode to open up new paths, or even teleport Qbby from one place to another.

For a tougher test, you can take on Challenge Worlds – strange places where the rules have been changed and the difficulty ramped up. Can you complete levels without throwing boxes? How about jumping? Conquer stages as efficiently as possible to claim the elusive crowns scattered throughout, and if you make a mistake, use the instant reset function to go back to square one.

By besting levels, you can earn medals to spend on various in-game goodies, like new challenges, comic strips and music tracks. You can even unlock fresh looks for Qbby to try out. Hey, he’s a squid now! Stay fresh, Qbby.

And of course, if you already own BOXBOY! or BOXBOXBOY!, all your costumes will carry over. That’s one smart wardrobe!

You can unlock new costumes with amiibo, too!

Calling brainboxes everywhere! If you own both BOXBOY! and BOXBOXBOY! on your Nintendo 3DS system, you’ll be able to unlock cool bonuses in BYE-BYE BOXBOY! Take on the adventure as the fearless Qucy, and play with a somehow familiar, old-school colour scheme. Retrotastic!

Don’t own Qbby’s early adventures? Not to worry – puzzling perfectionists can get their hands on these rewards by collecting every crown in the game. All hail King Qbby!

What’s in the box?

If you’ve never played a BOXBOY! game before and you’re wondering how it all works, you can sample all three games in one free demo, available to download from Nintendo eShop on Nintendo 3DS family systems, or via this website!

You can unlock cool new costumes with amiibo (sold separately)!

If you own a Kirby, Meta Knight, King Dedede or Waddle Dee amiibo, you can give Qbby a funky fresh look! Suits you, Qbby! 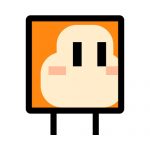 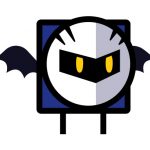 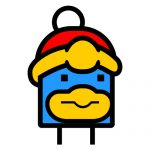 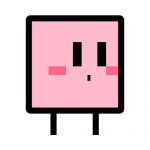 There’s currently no word on a release date, confirmation of a US release, or an announcement of an amiibo bundle– similar to what we saw in Japan. Stay tuned to Nintendo Wire for more details as new information about the release is announced!

Source: Nintendo UK | Via Nintendo Everything