The Mario Sports Superstars launch is drawing closer and more information about the game and everything coming along with it is getting announced. Just today, in fact, Nintendo of Europe shared new details about the title that we weren’t yet announced.

Most excitingly, especially for all you amiibo collectors out there, we’ve discovered that a whopping 90 Superstars amiibo cards will be coming your way, with five cards dedicated to each character. You’ll be able to unlock more powerful versions of all the characters in each of the five sports available in both local and online multiplayer modes: tennis, golf, soccer (football in Europe), baseball and horse racing.

By tapping a Mario Sports Superstars series amiibo card, players can unlock the Star version of the corresponding character in the corresponding sport. A Star character has stronger stats than its regular counterpart, giving that character an edge in that particular sport.

Nintendo’s provided us with hi-res image of the first five cards, too, giving us a much clearer idea of what to expect from the new amiibo. Have a look! (View the large version of each image by clicking on the thumbnails.) 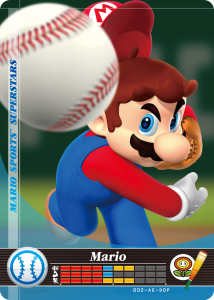 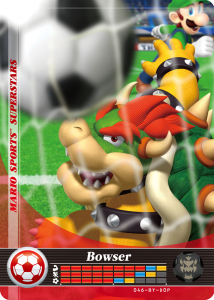 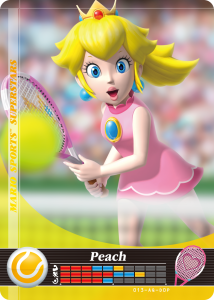 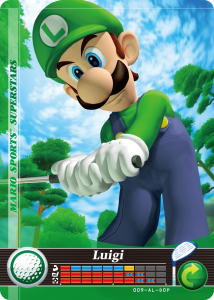 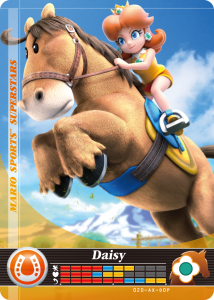 You’ll be able to tap up to three amiibo cards to participate in the Road to Superstar mode.

Completing this mode will bestow Superstar status on their characters, giving an even greater boost to their stats. For those keen to get ahead on the journey to sporting superstardom, the first print-run version of the game is the ideal place to begin, as it includes Mario Sports Superstars and one randomly chosen amiibo card, so players can get their collections off to a flying start.

On top of that news, we now know that two of the 18 characters in the game will be unlockable by completing specific tournaments and challenges.

Mario Sports Superstars will launch for the 3DS on March 10th in Europe, two weeks before we get it here in North America on March 24th. Japan’s release will follow a few days later on March 30th.

Get the full scope of everything on its way alongside Mario Sports Superstars on the Nintendo of Europe page.