It looks like there’s a bit of news for amiibo, Yoshi and Fire Emblem fans out there! A Corrin costume for the upcoming game Poochy & Yoshi’s Woolly World was shared on Twitter by two data miners, both of which shared screenshots of their finds. 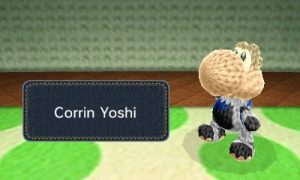 For those of you amiibo aficionados out there, this will especially peak your interest since (as you already know) the Corrin amiibo needed to unlock this costume in the game has neither been released or even officially announced to the public yet. All we know is that Corrin was added to Super Smash Bros. for Wii U and 3DS last year, and that means we should be expecting a Corrin amiibo release… someday.

This might not be any solid indicator that we’ll be seeing the amiibo soon necessarily, but at least this gives us the general notion that Nintendo is prepping for its amiibo functionality already. We’ll keep you posted as we learn more about this. Stay tuned!