One of the most beautiful games of all time has gotten some goodies, as Capcom of Japan has released a new line of Ōkami merchandise.

First is a set of wall scrolls. Featuring four different locales from the game – Kamiki Village, Dragon Palace, Ponc’tan, and Wep’keer – each drawn in the game’s signature ink style, with some nice use of color to boot. The scrolls will be sold in a set of four for 8,800 Yen (~$76).

The next is a plate set featuring Amaterasu relaxing in various locales. The blue markings upon the white plates evoke a quality similar to fine china, though the plates are rather small. These’ll retail for 5,800 Yen (~$50).

Third up is a hand mirror. While not styled in the green elegancy of Ammy’s iconic Divine Retribution, the deep red frame and gold markings carry a warmth and elegance similar to the sun. This one will cost 2,800 Yen (~$24), but is currently out of stock. Hopefully that gets resolved soon.

Following is a very nice tea cup featuring all the brush gods from the game. Drawn in a simple sketch style with splots of red, this one is going for 1,400 Yen (~$12).

Next is a phone case. Emblazoned with Amaterasu and Issun against stylish clouds, and with a little paw print clasp, this seems like a great phone case for anybody with an iPhone 6 or 6s. This one’s 3,900 Yen (~$34).

What follows is perhaps the most interesting – mobile batteries. These come in two models – the 3K mAh model features Ammy in several poses against a faded brown background, while the 6K mAh model has her against a more colorful purple, several brush gods in the distance. The 3K model will go for 5,400 Yen (~$47) and the 6K model for 8,424 Yen (~$73). 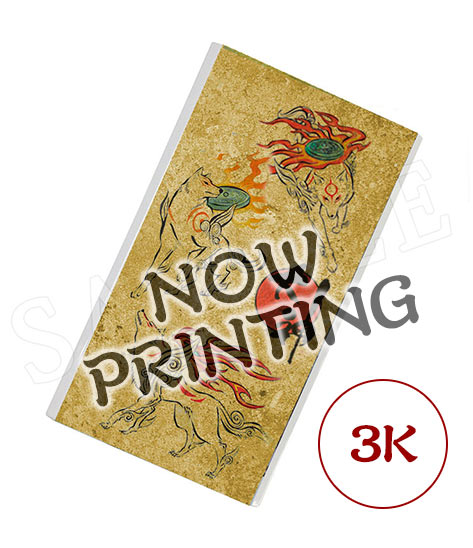 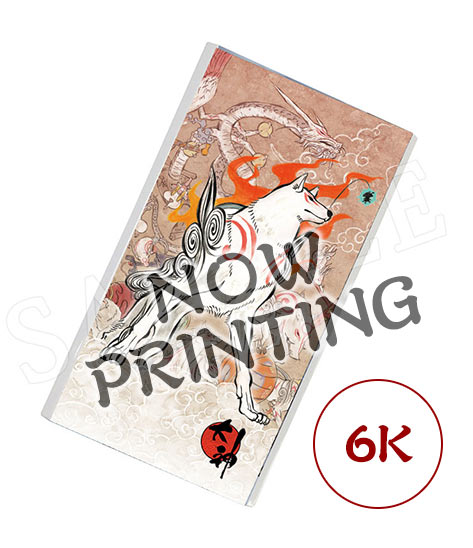 Finally we’ve got some sets of masking tape. Each comes with four different designs: the A package comes with the designs of Amaterasu and flowers, brush gods, chibi brush gods, and pixel art; the B set comes with designs of fruit and other items, demon imps, Praise orbs, and… more pixel art. Each set costs 2,400 Yen (~$21).

You can check out the full page of Ōkami merch for more info, provided you can read Japanese or put up with Google Translate’s silliness.